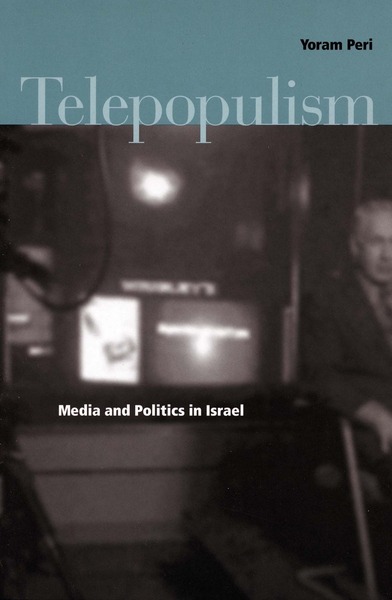 Two revolutions occurred in Israel in the last decade of the twentieth century. The first was in the field of communications and the second was in politics. Telepopulism describes the political and cultural processes that took place in Israel during the 1990s, depicting the major political events of this period from a new, original, and provocative angle, based on solid theoretical analyses.

The book describes the political and media developments of this period from a historical point of view and analyses the new, symbiotic construct that was created—mediapolitik. The author explores the ways in which the media in Israel became multichannel and commercial, and how visual culture, advanced by television, took the place of written culture and undermined the hegemony of the press. Telepopulism outlines the path that led toward the establishment of Benjamin Netanyahu’s new “coalition of the rejected.” Finally, this work shows how the media influenced the crystallization of the six new “tribes” of modern Israel.

Yoram Peri is the Head of The Chaim Herzog Institute for Media Politics and Society and Professor of Political Sociology and Communication in the Department of Communication at Tel Aviv University. His previous books include The Assassination of Yitzhak Rabin (Stanford, 2000).

"Brilliantly written and jam-packed with anecdotes and examples....the book deserves the attention of media scholars and political scientists, as well as that of anyone concerned with Israeli society during the 1990s. It offers many important insights and raises many interesting questions."

"Peri's book contributes significantly to the neglected aspect of the mediapolitik's implications for the quality of the government."