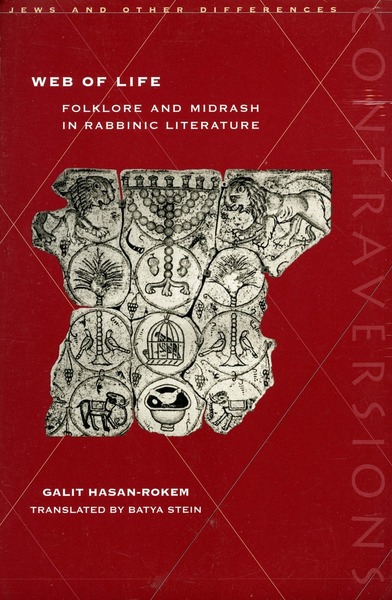 Web of Life weaves its suggestive interpretation of Jewish culture in the Palestine of late antiquity on the warp of a singular, breathtakingly tragic, and sublime rabbinic text, Lamentations Rabbah. The textual analyses that form the core of the book are informed by a range of theoretical paradigms rarely brought to bear on rabbinic literature: structural analysis of mythologies and folktales, performative approaches to textual production, feminist theory, psychoanalytical analysis of culture, cultural criticism, and folk narrative genre analysis.

The concept of context as the hermeneutic basis for literary interpretation reactivates the written text and subverts the hierarchical structures with which it has been traditionally identified. This book reinterprets rabbinic culture as an arena of multiple dialogues that traverse traditional concepts of identity regarding gender, nation, religion, and territory. The author's approach is permeated by the idea that scholarly writing about ancient texts is invigorated by an existential hermeneutic rooted in the universality of human experience. She thus resorts to personal experience as an idiom of communication between author and reader and between human beings of our time and of the past. This research acknowledges the overlap of poetic and analytical language as well as the language of analysis and everyday life.

In eliciting folk narrative discourses inside the rabbinic text, the book challenges traditional views about the social basis that engendered these texts. It suggests the subversive potential of the constitutive texts of Jewish culture from late antiquity to the present by pointing out the inherent multi-vocality of the text, adding to the conventionally acknowledged synagogue and academy the home, the marketplace, and other private and public socializing institutions.

Galit Hasan-Rokem is Max and Margarethe Grunwald Professor of Folklore at the Hebrew University of Jerusalem. Her most recent publication is Untying the Knot: On Riddles and Other Enigmatic Modes (co-editor).

"Web of Life is a brilliant study that makes an ancient text relevant to the modern reader . . . Hasan-Rokem demonstrates not only a thorough scholarly knowledge of folklore and Jewish studies, but also a familiarity with current theoretical trends in literary analysis and interpretation."

"Hasan-Rokem provides a deeply suggestive analysis of the poignant midrashic text, Lamentations Rabbah, employing and blending folkloristic techniques, structural analysis of mythologies, feminist theory, cultural criticism and other theoretical trends in literary analysis and interpretive techniques . . . This is an engaging and enlightening book."

"By adding the folkloristic dimension to the scholarly discourse associated with amoraic stories, Hasan-Rokem's book addresses a long-felt need . . . [Hasan-Rokem] is the first to present a comprehensive discussion associating folklore with rabbinics."

"Lamentations Rabbah presents Jewish society in its daily, but not mundane, actions. It is a literature of disaster, of personal and collective tragedy that leaves the reader pondering the meaning of life. The breadth of folklore enables Hasan-Rokem to explore these tales in a multifaceted analysis that situates them in the their textual, historical and comparative contexts and that transcends them all by presenting narratives and riddles as a search for meaning."