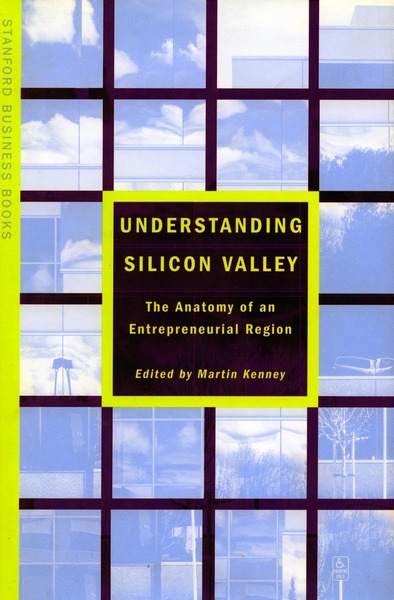 What has made Silicon Valley so productive of new technologies and new firms? How did its pioneering achievements begin—in computer networking, semiconductors, personal computing, and the Internet—and what forces have propelled its unprecedented growth? This collection of nine chapters by contributors from varied disciplines—business, geography, history, regional planning, and sociology—examines the history, development, and entrepreneurial dynamics of Silicon Valley.

Part I, “History,” provides context for the Valley’s success by exploring its early industrial roots. It traces the development of the electronics industry in Silicon Valley back to the founding of Federal Telegraph in 1908, and discusses the role of defense spending and the relationship with Stanford University in the region’s growth. Part II, “Institutions,” emphasizes the importance of supporting institutions and practices in helping Valley startups succeed. Four chapters explore the role of law firms in facilitating the formation of new companies, the evolution of the venture capital industry and its role in funding new firms, the importance of labor mobility, and the significance of close interfirm relationships in the success of Silicon Valley companies.

Part III, “General Explanations,” presents three different perspectives on the environment that has made Silicon Valley so successful. The first chapter considers Silicon Valley as an ecosystem of interacting institutions, individuals, and a culture that encourages and nurtures entrepreneurship. The second chapter argues that Silicon Valley should not be seen as a region in which relationships are based on civic virtue, but rather one in which trust is based on performance, which makes it uniquely permeable to new ideas and talented individuals. The final chapter contends that institutions specializing in new firm formation are responsible for Silicon Valley's unique ability to foster technological advances.

Martin Kenney is Professor of Human and Community Development at the University of California, Davis, and a Research Associate at the Berkeley Roundtable on the International Economy. He is, most recently, co-author of Beyond Mass Production: The Japanese System and Its Transfer to the United States.

"This book is an example of excellent empirical research, deep scholarship, tested and testable hypotheses, all conducted with a substantial cross-disciplinary flavor. Its deep engagement with the subject has provided evidence to support some of my theories, challenged others, and directed me to new grounds for speculation. I think it will do this for anyone prepared to read it closely."

—from the foreward by John Seely Brown

"This is an impressive and useful collection of essays, and certainly one of the best academic treatments of the evolution of Silicon Valley."

"A unifying introduction by Martin Kenney plus an up-to-date 15-page bibliography make this book an outstanding contribution to the literature on Silicon Valley."