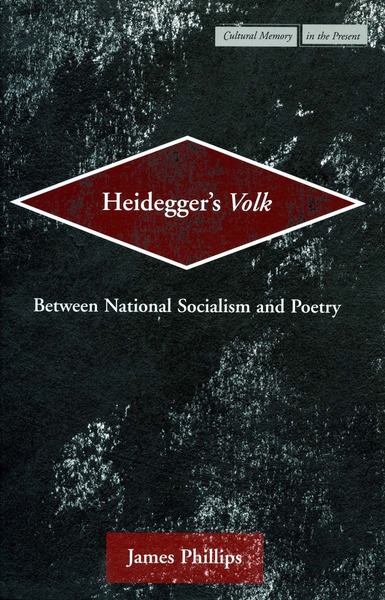 In 1933 the philosopher Martin Heidegger declared his allegiance to Hitler. Ever since, scholars have asked to what extent his work is implicated in Nazism. To address this question properly involves neither conflating Nazism and the continuing philosophical project that is Heidegger's legacy, nor absolving Heidegger and, in the process, turning a deaf ear to what he himself called the philosophical motivations for his political engagement. It is important to establish the terms on which Heidegger aligned himself with National Socialism. On the basis of an untimely but by no means unprecedented understanding of the mission of the German people, the philosopher first joined but then also criticized the movement. An exposition of Heidegger's conception of Volk hence can and must treat its merits and deficiencies as a response to the enduring impasse in contemporary political philosophy of the dilemma between liberalism and authoritarianism.

James Phillips is Associate Lecturer at the School of Philosophy, University of Tasmania.

"Refusing to supply us with simple answers, Phillips unravels the many philosophical layers involved with Heidegger's Volk, leaving the legacy of the thinker himself in the hands of the individual reader." 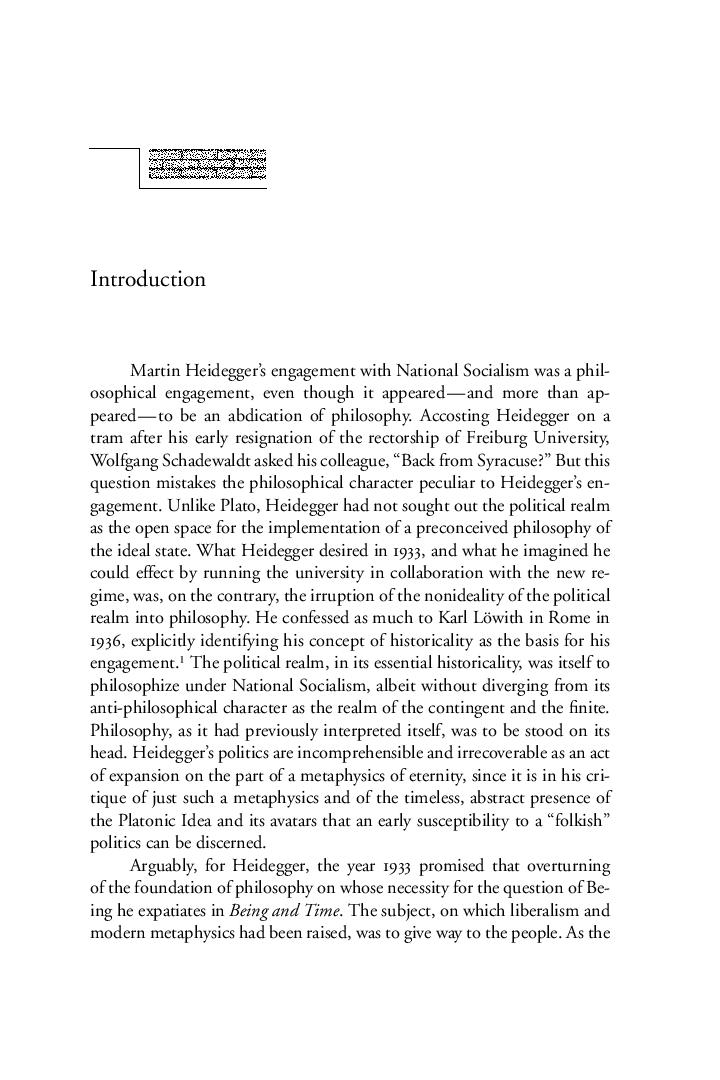