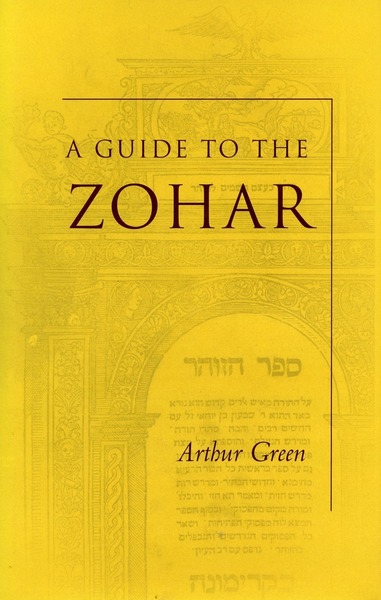 A Guide to the Zohar
Arthur Green
SERIES: The Zohar: Pritzker Edition

The Zohar is the great medieval compendium of Jewish esoteric and mystical teaching, and the basis of the kabbalistic faith. It is, however, a notoriously difficult text, full of hidden codes, concealed meanings, obscure symbols, and ecstatic expression. This illuminating study, based upon the last several decades of modern Zohar scholarship, unravels the historical and intellectual origins of this rich text and provides an excellent introduction to its themes, complex symbolism, narrative structure, and language. A Guide to the Zohar is thus an invaluable companion to the Zohar itself, as well as a useful resource for scholars and students interested in mystical literature, particularly that of the west, from the Middle Ages to the present.

Arthur Green is the Philip W. Lown Professor of Jewish Thought at Brandeis University. A historian of Judaism and also a theologian, Professor Green is the author of a number of works on Jewish mysticism and Jewish spirituality.

"This is more than a useful corrective for the pop-Kabbalah fantasies that have become fashionable among some spiritual seekers—it is also a serious aid to anyone seeking a serious encounter with Jewish spirituality."

"...[Arthur Green's] 191-page introduction [to the Zohar] is so lucid and thorough that one almost does not notice how capably it has synthesized and presented the material."

"This is now the best introduction to the Zohar in English..."

"...a succinct study that in distilling half a century's research, including Green's own, proves unflailingly lucid and illuminating: he is equally skillful at explicating ideas and at explaining their historical context."

"This work can stand on its own as an excellent introduction to the Zohar, the central text of the Jewish mystical tradition. It is highly recommended to anyone interested in Jewish mysticism and would make an excellent text for undergraduate courses."