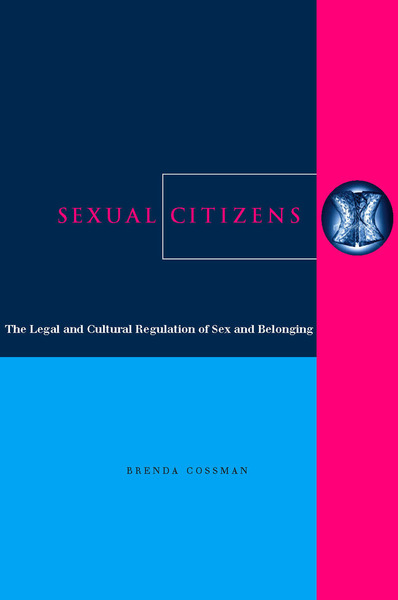 This book explores the relationship between sex and belonging in law and popular culture, arguing that contemporary citizenship is sexed, privatized, and self-disciplined. Former sexual outlaws have challenged their exclusion and are being incorporated into citizenship. But as citizenship becomes more sexed, it also becomes privatized and self-disciplined. The author explores these contesting representations of sex and belonging in films, television, and legal decisions. She examines a broad range of subjects, from gay men and lesbians, pornographers and hip hop artists, to women selling vibrators, adulterers, and single mothers on welfare. She observes cultural representations ranging from Queer Eye for the Straight Guy to Dr. Phil, Sex in the City to Desperate Housewives. She reviews appellate court cases on sodomy and same-sex marriage, national welfare reform, and obscenity regulation. Finally, the author argues that these representations shape the terms of belonging and governance, producing good (and bad) sexual citizens, based on the degree to which they abide by the codes of privatized and self-disciplined sex.

Brenda Cossman is Professor of Law at the University of Toronto.

"One of the strongest points of [Cossman's] book is her ability to see sexual citizenship as involving more that just a discussion over sexual orientation and citizenship... The book makes an excellent addition to studies of sexuality and the law, from general issues of privacy to specific issues, such as same sex marriage. Readers should find Sexual Citizens worthwhile and engaging."

"What we know from inside legal studies is that most of the places where legal systems actually make differences in people's lives are not in high-constitutional rights assertion but in the billions of small interactions that are subtended by law as a vastly diverse regulatory practice and as a space for political struggle. Cossman's book stands out for looking at sexuality as a regulatory domain, rather than as a place for the spectacular but distracting recognitions and de-recognitions afforded by current constitutional rights struggles."

"Cossman significantly advances the literature on sexual citizenship, law and popular culture, lesbian and gay studies, and more broadly, the relationship between law and extra-legal forms of regulation. This is a fascinating and well-executed book."

"This is a succint and stimulating book that contains a number of insightful and thought-provoking essays on contemporary transformations in the politics of sexual citizenship in the United States."

"In the sociological literature, the theme of intimate or sexual citizenship has been around for almost a decade, but Cossman's book is a more important and useful contribution to this eld, because she combines

subtle insights into popular cultural manifestations of self-discipline while also examining the legal ramications of what we might call cross-border sexual forays." 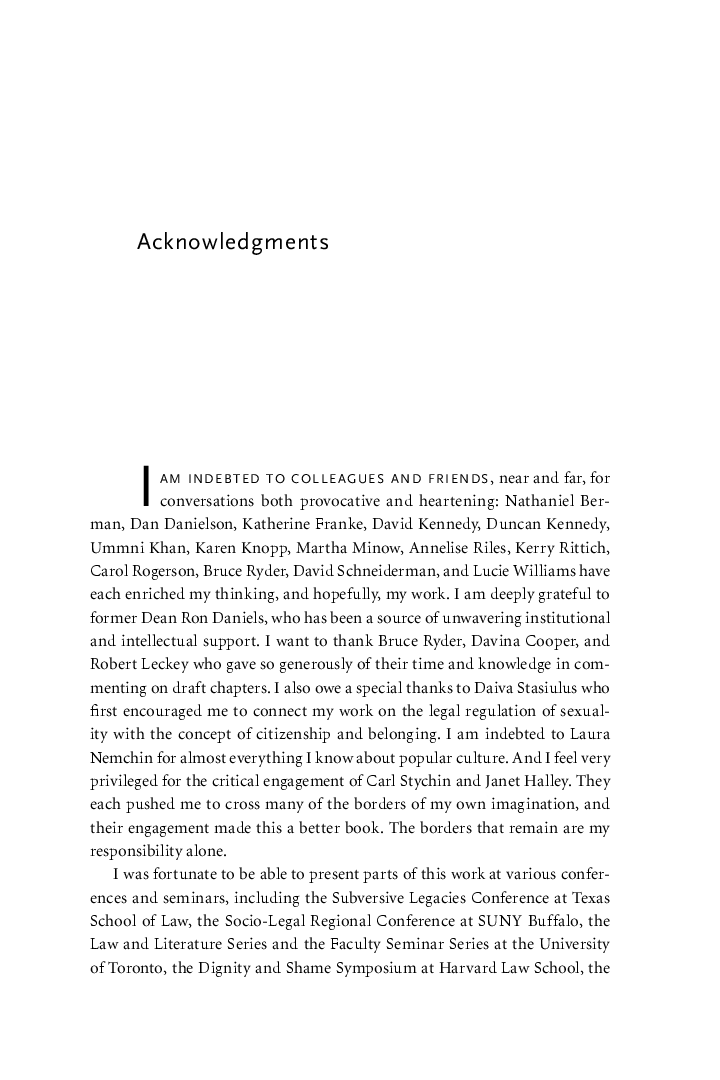 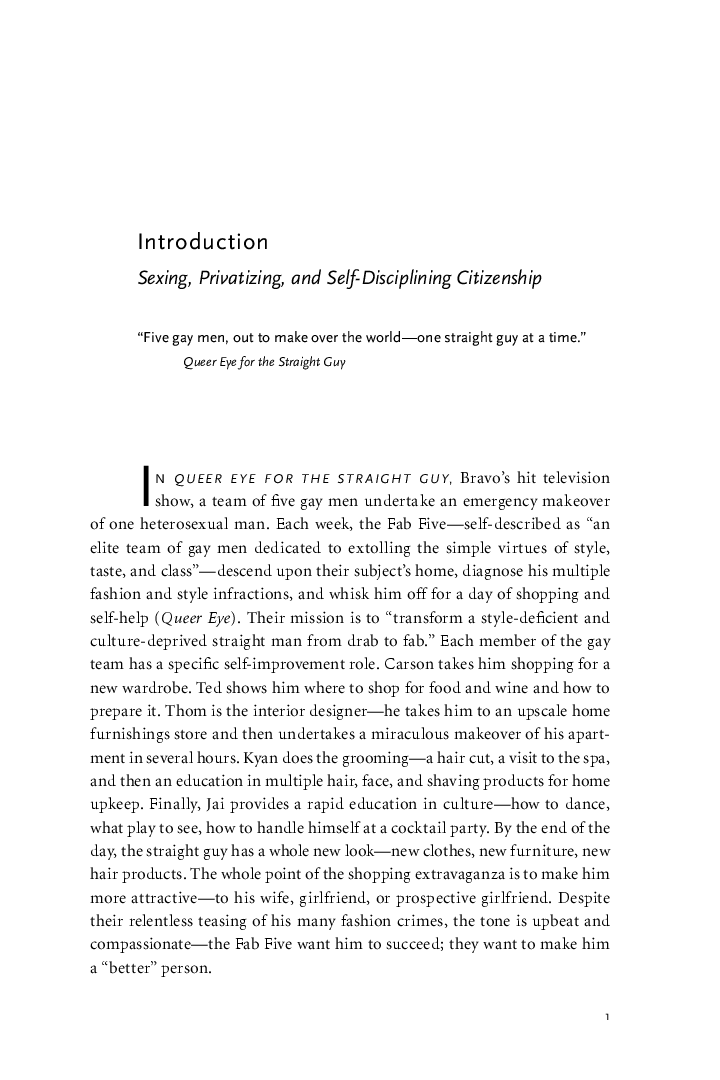 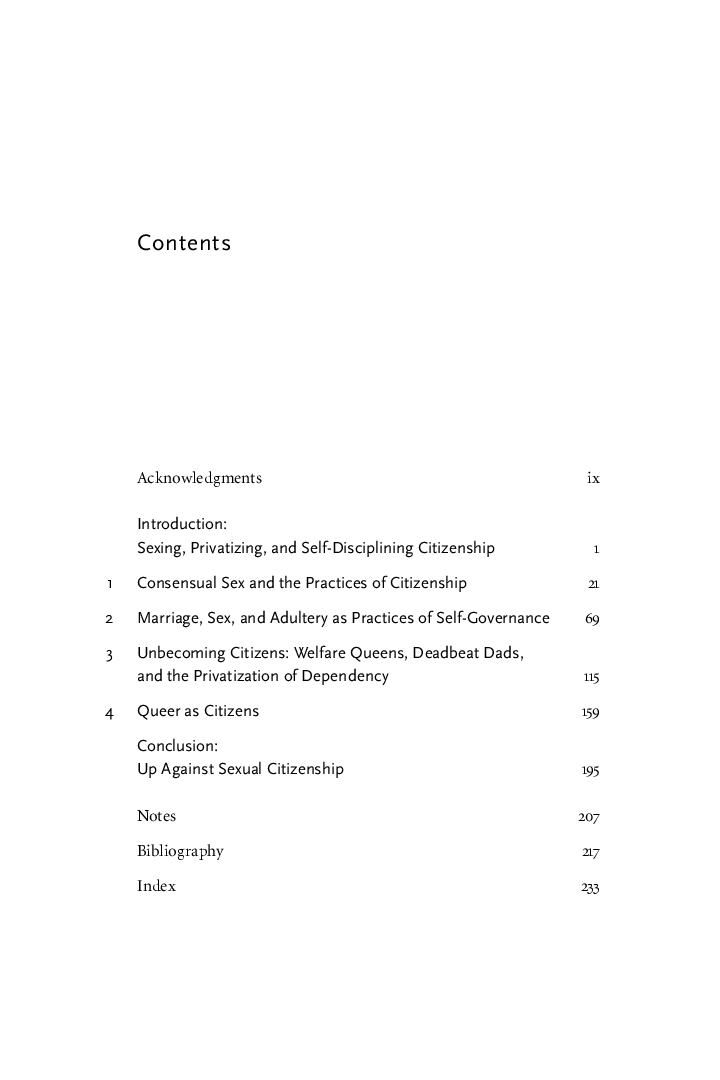