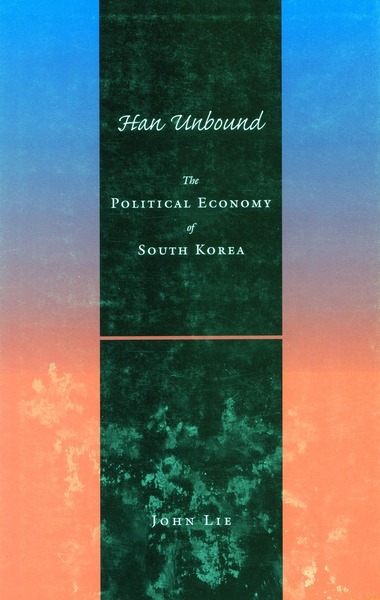 This book reveals how South Korea was transformed from one of the poorest and most agrarian countries in the world in the 1950's to one of the richest and most industrialized states by the late 1980's. The author argues that South Korea's economic, cultural, and political development was the product of a unique set of historical circumstances that cannot be replicated elsewhere, and that only by ignoring the costs and negative consequences of development can South Korea's transformation be described as an unqualified success.

The historical circumstances include a thoroughgoing land reform that forced children of former landlords to move to the cities to make their fortunes, a very low-paid labor force, and the threat from North Korea and the consequent American presence. The costs of development included the exploitation of labor (as late as 1986, South Korean factory workers had the longest hours in the world and earned less than their counterparts in Mexico and Brazil), undemocratic politics, and despoliation of the environment. The title of the book suggests the ambivalence of South Korean development: "Han" refers both to South Korea (Han'guk) and to the cultural expression of resentment or dissatisfaction (han).

Because the author sees South Korean development as contingent on a variety of particular circumstances, he ranges widely to include not only the information typically gathered by sociologists and political economists, but also insights gained from examining popular tastes and values, poetry, fiction, and ethnography, showing how all of these aspects of South Korean life help elucidate his main themes. The result is the most comprehensive and informative account available of the extraordinary changes that brought South Korea to the forefront among major industrialized nations at the end of the twentieth century.

"By stitching together political, economic, and social factors, Lie has produced a very useful book. . . . For the general reader, his book provides an excellent, balanced summary that covers all the bases. It is not only clearly written but enjoyable to read. Lie draws on Korean literature and stories of real people to bring his narrative to life."

"Wrinting from the perspective of a sociologist, Lie adroitly chronicles the profound sociological, political, and economic transformation of South Korea in the last half century. . . . This fascinating book is beautifully written, with a first-person account of Lie's experiences."

"Lie writes with a keen sense of the analytical; that is, he tries to explain rather than simply describe. He also denonstrates a sound graspof the relevant literature, and his arguments are supported with a wealth of sociological and cultural observations and interesting factual details without compromising his analytical endeavor. . . . with his analysis of the tremendous strain and human costs this rapid and irreversible transformation has exacted from Korean scity, its culture, and its people."

"in this work, Lie has successfully examined a vast amount of literature on South Korean development produced by economists, sociologists, political scientists and historians. . . . Han Unbound is a recommendable work, especially for those who wish to acquaint themselves with the broad historical background and process of South Korean development in a theoretically informed manner."

"Han Unbound is one of those few books that showed a healthy skepticism toward the way the South Korean economy had developed in recent decades...Each chapter offers an interesting and well-informed account of the ways in which economic change has occurred...But its chief merit is that it offers a highly readable, interesting, and insightful analysis of the political economy of South Korean development."