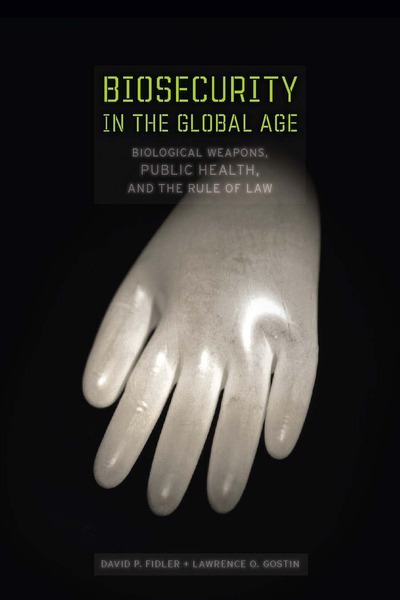 Biosecurity comprehensively analyzes the dramatic transformations that are reshaping how the international community addresses biological weapons and infectious diseases.

The book also explores the challenges to public health resulting from new security threats. The authors look at the linkages between security and public health policy, both at the national and international level. For instance, Gostin and Fidler scrutinize the difficulty of developing policies that improve defenses against both biological weapons and the threat of infectious diseases from new viral strains.

The new worlds of biological weapons and public health governance raise the importance of crafting policy responses informed by the rule of law. Thinking about the rule of law underscores the importance of finding globalized forms of biosecurity governance. The book explores patterns in recent governance initiatives and advocates building a "global biosecurity concert" as a way to address the threats biological weapons and infectious diseases present in the early 21st century.

David P. Fidler is James Louis Calamaras Professor of Law at Indiana University School of Law. Professor Fidler's recent books include International Law and Public Health: Materials on and Analysis of Global Health Jurisprudence (2000) and SARS, Governance, and the Globalization of Disease (2004).

"Fidler and Gostin have produced the best description yet of the traditional as well as the newly emerging laws, regulations, treaties and policies in international biosecurity. They navigate through a broad range of topics, while lucidly explaining the public health issues of the new biosecurity age."

—Victoria Sutton, Professor and Director of the Center for Biodefense, Law and Public Policy, Texas Tech University, and author of Law and Bioterrorism

"Fidler and Gostin's work is essential reading for anyone concerned about either public health or national security—two topics that they make clear must from now on be analyzed together. This pathbreaking book provides an analytic framework for the real world's merger of public health and national security threats. It is both fascinating and important."

"Individuals who are concerned with these challenging questions would be well informed if they read Biosecurity in the Global Age: Biological Weapons, Public Health, and the Rule of Law with a clear-cut title that epitomizes the subject matter, the book distinctly lays out the crisis facing the world's biosecurity. This forward-looking book enables the reader to understand the complexities involved in such a task."

"Biosecurity in the Global Age: Biological Weapons, Public Health, and the Rule of Law, by internationally renowned law professors Lawrence Gostin and David Fidler, provides an opportunity to develop a robust understanding of biosecurity and its role in national and international policy."

—Journal of the American Medical Association 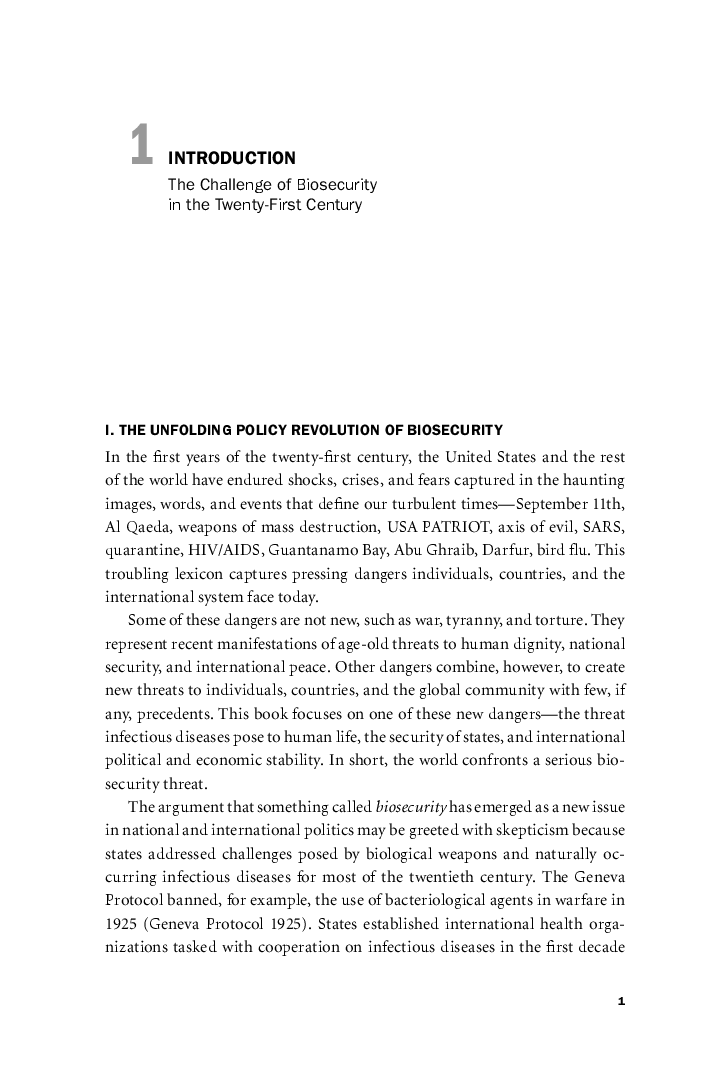 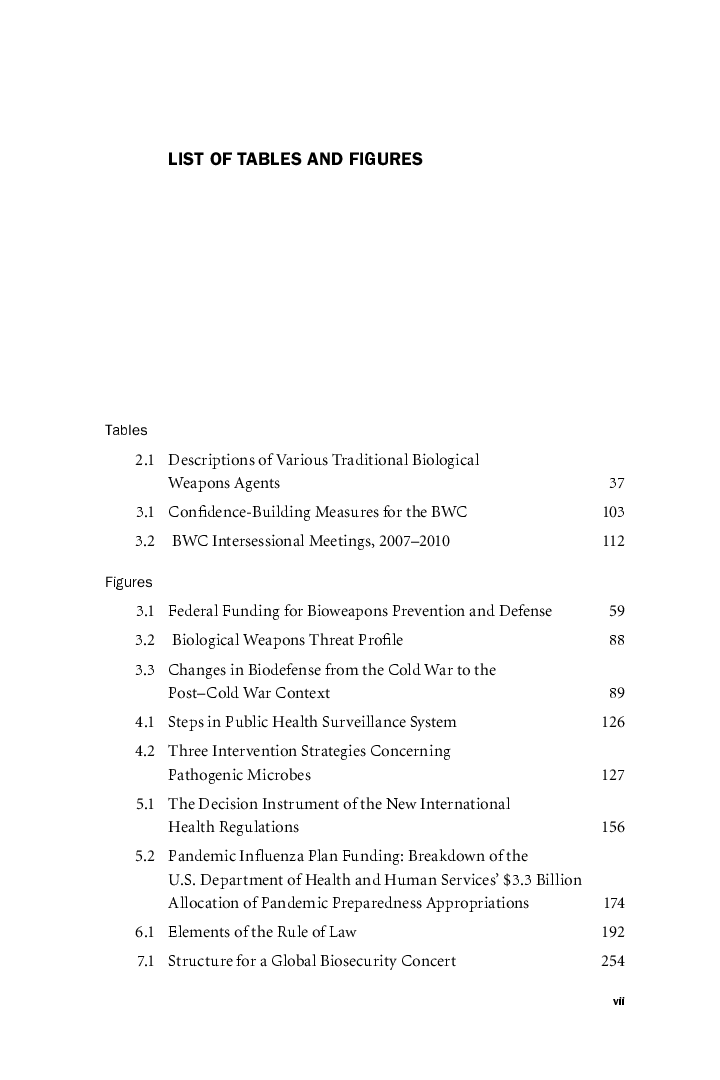 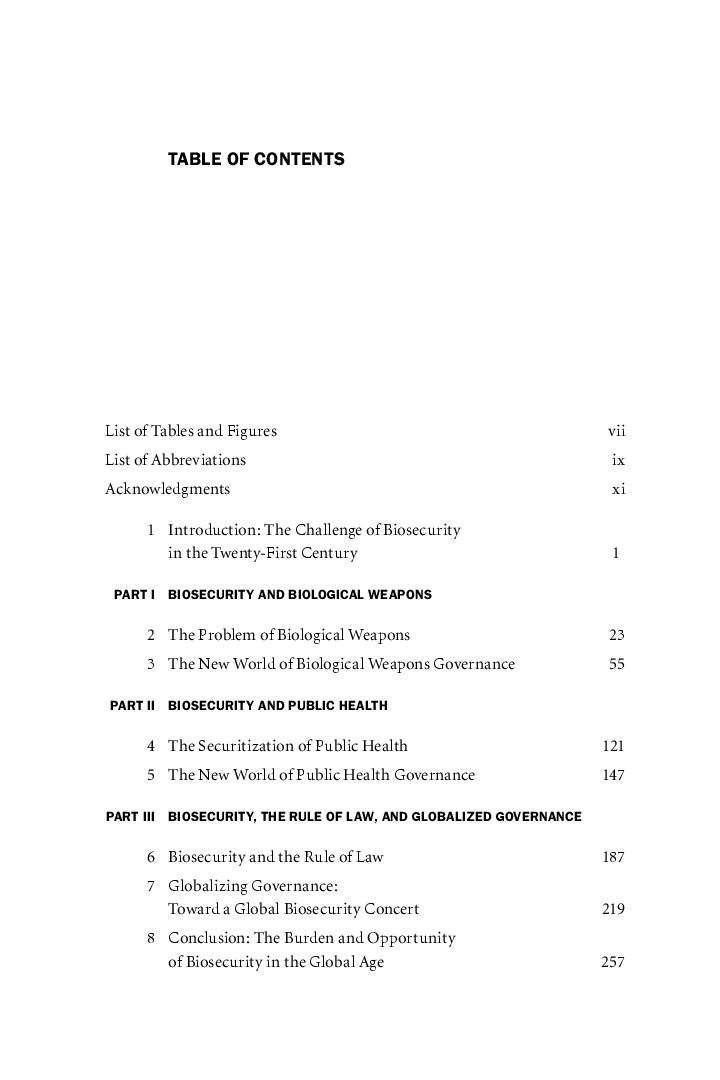