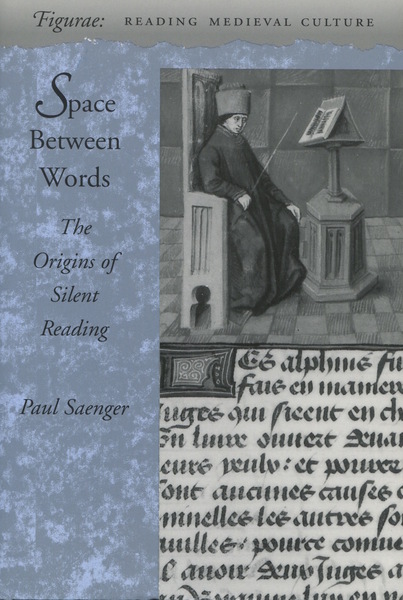 Reading, like any human activity, has a history. Modern reading is a silent and solitary activity. Ancient reading was usually oral, either aloud, in groups, or individually, in a muffled voice. The text format in which thought has been presented to readers has undergone many changes in order to reach the form that the modern Western reader now views as immutable and nearly universal. This book explains how a change in writing—the introduction of word separation—led to the development of silent reading during the period from late antiquity to the fifteenth century.

Over the course of the nine centuries following Rome’s fall, the task of separating the words in continuous written text, which for half a millennium had been a function of the individual reader’s mind and voice, became instead a labor of professional readers and scribes. The separation of words (and thus silent reading) originated in manuscripts copied by Irish scribes in the seventh and eighth centuries but spread to the European continent only in the late tenth century when scholars first attempted to master a newly recovered corpus of technical, philosophical, and scientific classical texts.

Why was word separation so long in coming? The author finds the answer in ancient reading habits with their oral basis, and in the social context where reading and writing took place. The ancient world had no desire to make reading easier and swifter. For various reasons, what modern readers view as advantages—retrieval of reference information, increased ability to read “difficult” texts, greater diffusion of literacy—were not seen as advantages in the ancient world. The notion that a larger portion of the population should be autonomous and self-motivated readers was entirely foreign to the ancient world’s elitist mentality.

The greater part of this book describes in detail how the new format of word separation, in conjunction with silent reading, spread from the British Isles and took gradual hold in France, Germany, Italy, and Spain. The book concludes with the triumph of silent reading in the scholasticism and devotional practices of the late Middle Ages.

Paul Saenger is George A. Poole III Curator of Rare Books at the Newberry Library, Chicago.

"Saenger outlined his revolutionary thesis 15 years ago in his famous essay 'Silent Reading'; the present magisterial book retells the story step by step. . . . Paleographic studies rarely command wide audiences, but Saenger tells so important a story that Space Between Words will interest all who are concerned with the history of reading or the book."

"Saenger's remarkable new book . . . demonstrates that . . . the scribal innovations of medieval Europe were no less seminal and far-reaching thatn those of post-Gutenberg typesetters. . . . for the first time, we see the evolution of writing, print, and computing not as a succession of fitful revolutions but, rather, as a continuum of technological innovation."

"The work is, or should be, reading matter for every medievalist, not only for its impeccable scholarship and the information it contains, but also for Saenger's readiness to include neurophysiological evidence in support of his argument"

"Very solid and convincing. . . . a first rate analysis of how word separation emerged in the seventh and eigth centuries and eventually spread all over Europe."

"This is an impressive, fascinating, and exasperating work of scholarship..." Language in Society