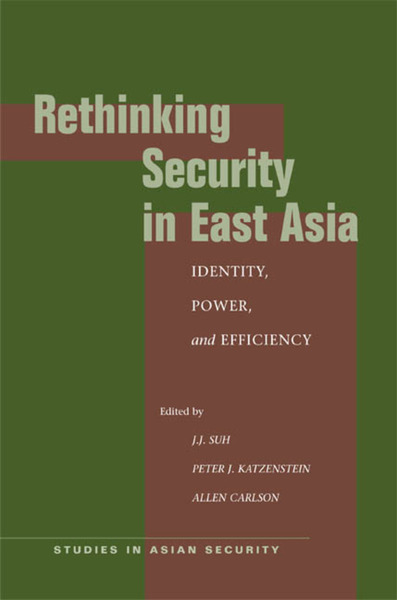 Is East Asia heading toward war? Throughout the 1990s, conventional wisdom among U.S. scholars of international relations held that institutionalized cooperation in Europe fosters peace, while its absence from East Asia portends conflict. Developments in Europe and Asia in the 1990s contradict the conventional wisdom without discrediting it. Explanations that derive from only one paradigm or research program have shortcomings beyond their inability to recognize important empirical anomalies. International relations research is better served by combining explanatory approaches from different research traditions.

This book makes a case for a new theoretical approach (called “analytical eclecticism” by the authors) to the study of Asian security. It informs the analysis in subsequent chapters of central topics in East Asian security, with specific reference to China, Japan, Korea, and Southeast Asia. The authors conclude that the prospects for peace in East Asia look less dire than conventional—in many cases Eurocentric—theories of international relations suggest. At the same time, they point to a number of potentially destabilizing political developments.

"Stimulating volume .... Each chapter of the book is elegantly and persuasively written for a specific puzzle each author or co-authors were looking at."