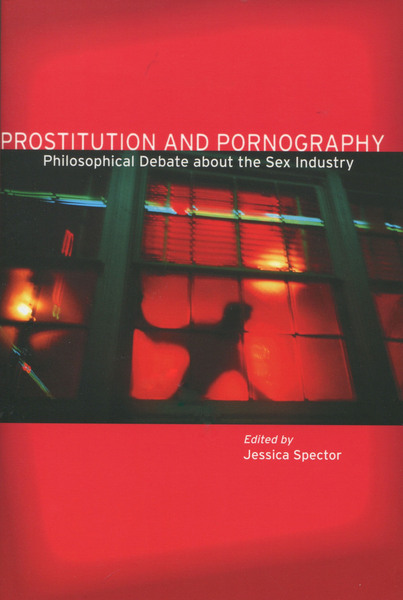 Jessica Spector earned her doctorate in philosophy at the University of Chicago and works on modern philosophy and ethics. She is the founder of The Academy, which trains professionals in the principles of clear writing and effective argument. She has published on Locke and Hume and has lectured extensively on various aspects of the sex industry.

"This unique, valuable collection offers various perspectives within the liberal feminist discussions of pornography and prostitution."

"Jessica Spector has compiled the most challenging and thorough volume yet on philosophic themes surrounding the vexed questions of pornography and prostitution. Focusing on the very different ways in which we regard—and discipline—prostitution and pornography, the book raises fundamental questions about important ethical questions as well as questions of freedom, social responsibility, and self-identity. This will be a seminal work in the field."

"As its title suggests, this is a collection of essays about two of the main arms of the sex industry: prostitution and pornography. It would be an excellent text for an advanced undergraduate or graduate class on the issue, as well as for anyone interested in probing the issues that sex work poses in the debate between radical feminists, who question both the autonomy of the choice of prostitution and the expression value of pornograhy, and the liberal feminists, who tend to defend proostitution as a viable economic choice for women and champion pornography for its expression value and promotion of diversity of lifestyles." 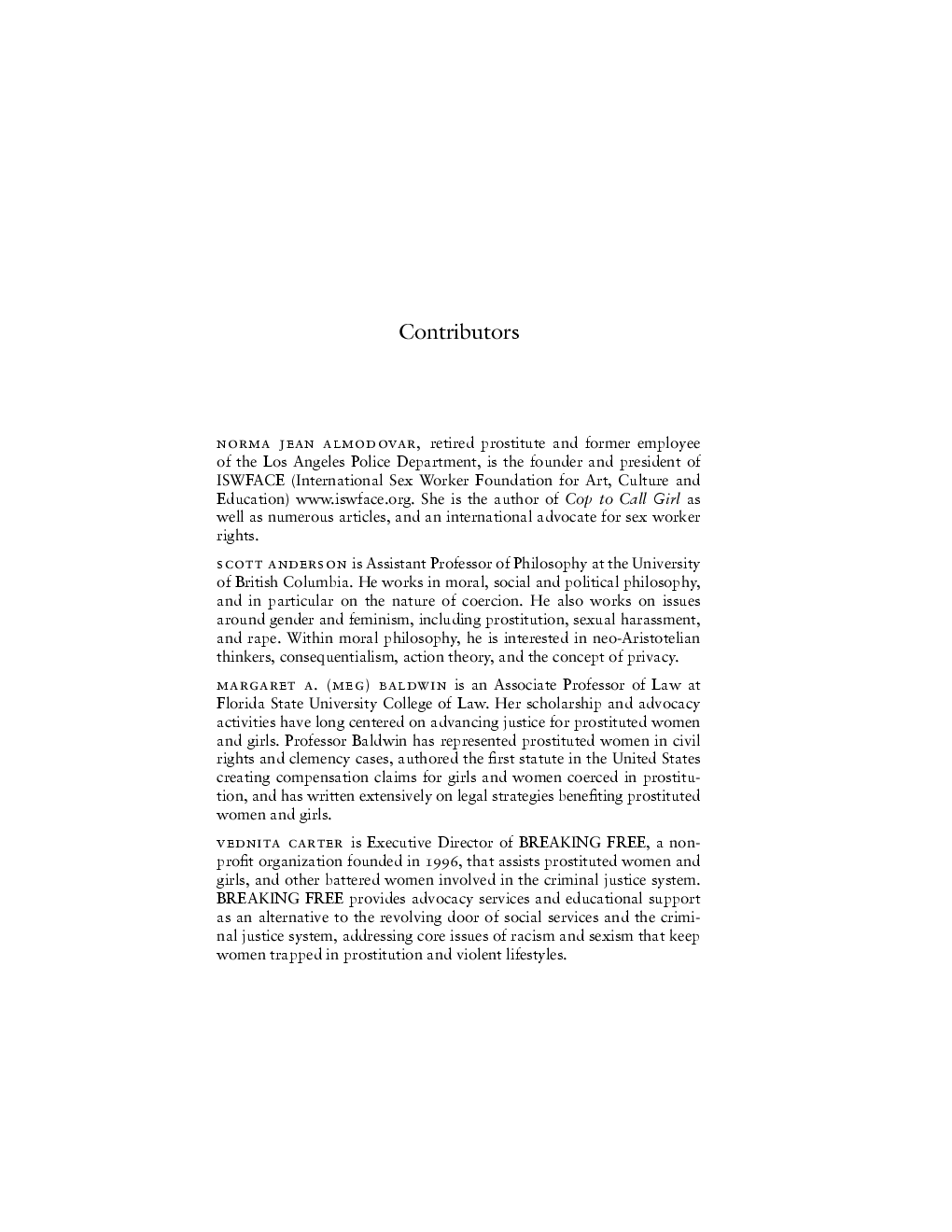 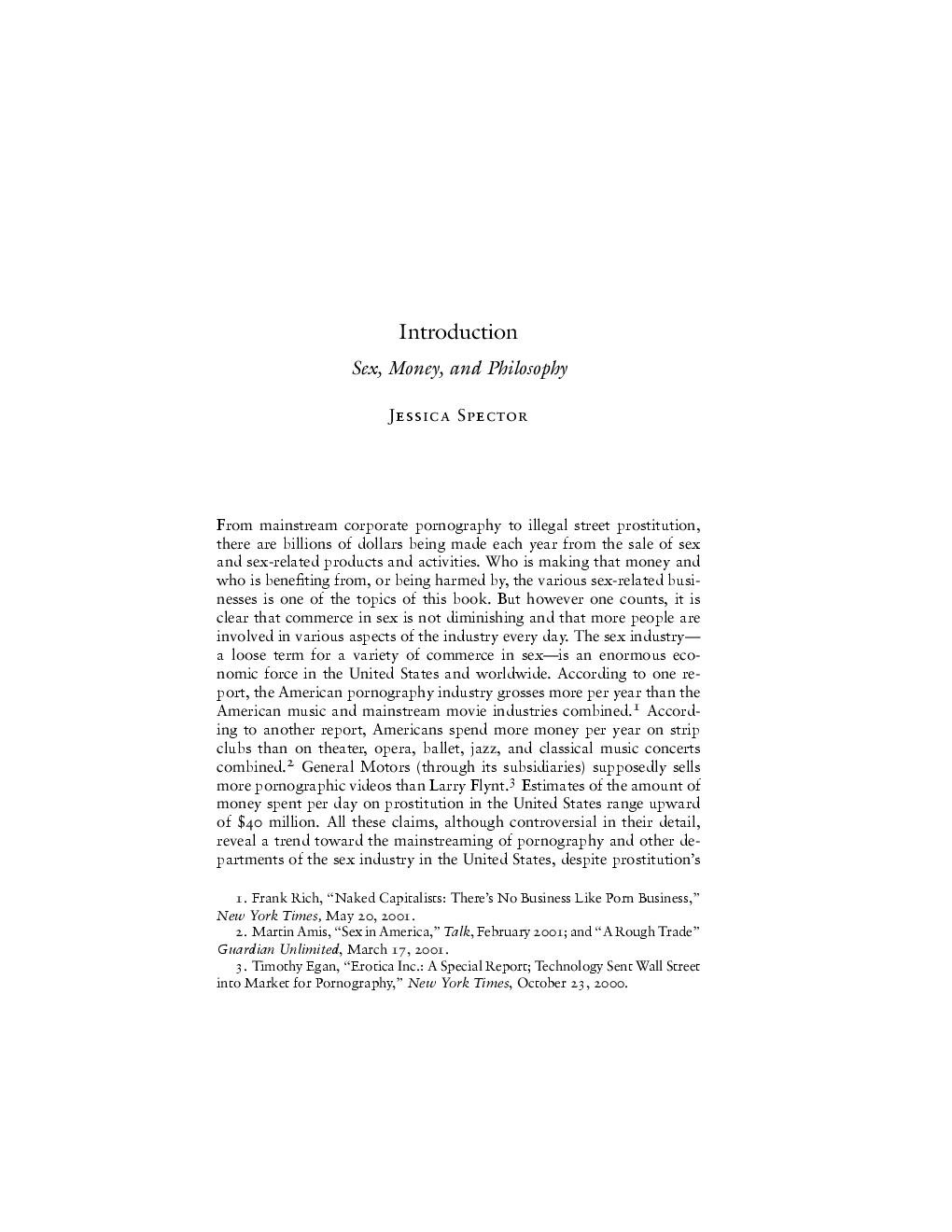 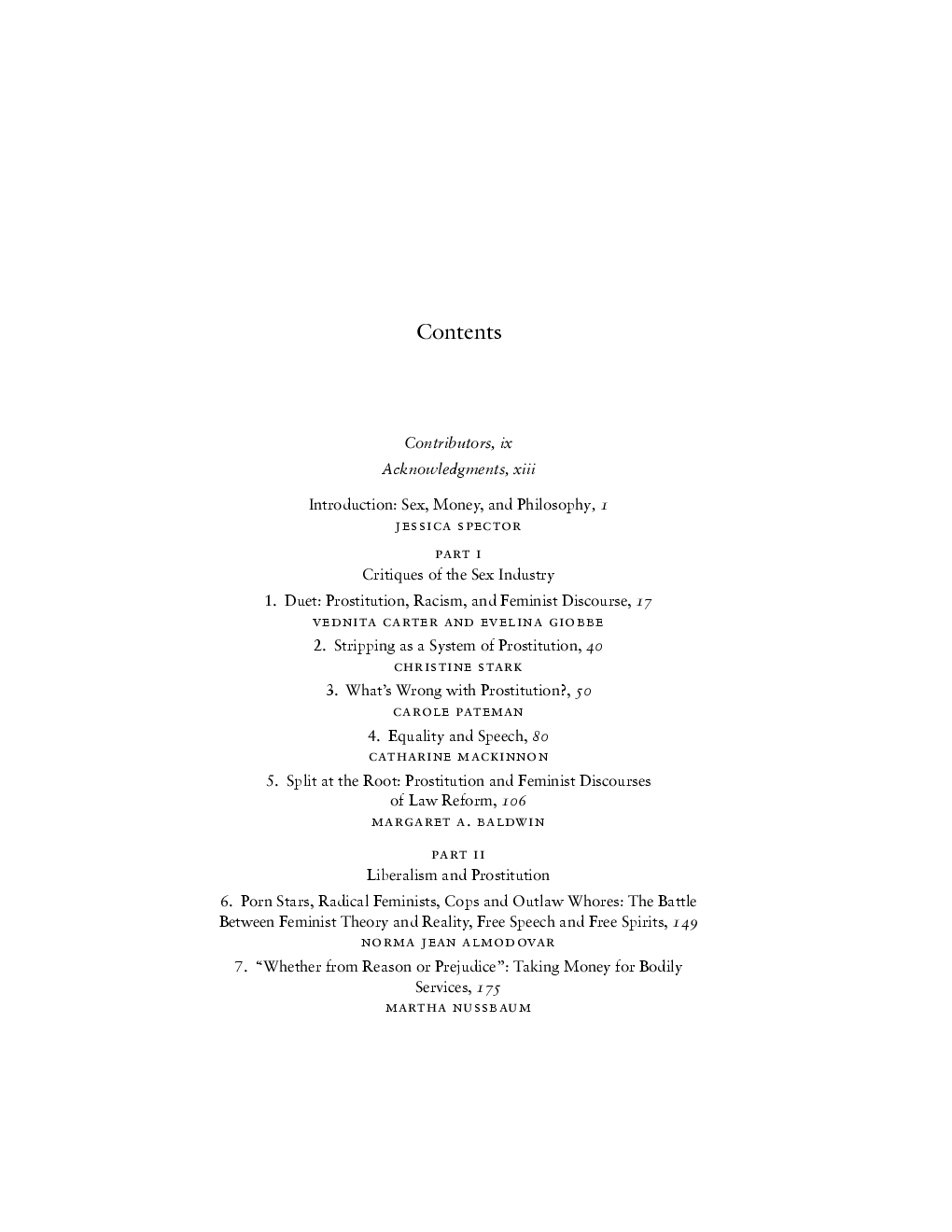