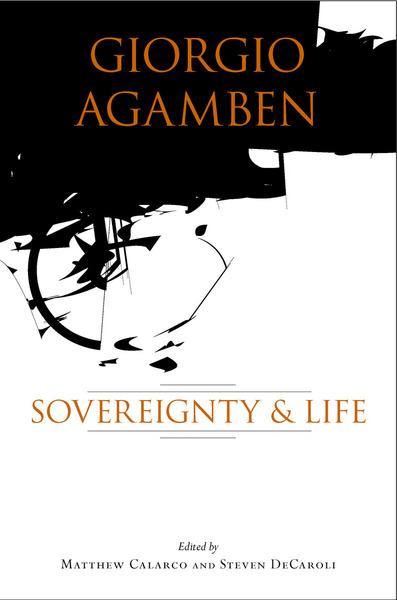 Giorgio Agamben has come to be recognized in recent years as one of the most provocative and imaginative thinkers in contemporary philosophy and political theory. The essays gathered together in this volume shed light on his extensive body of writings and assess the significance of his work for debates across a wide range of fields, including philosophy, political theory, Jewish studies, and animal studies. The authors discuss material extending across the entire range of Agamben's writings, including such early works as Language and Death and more recent and widely acknowledged works such as Homo Sacer. Readers will find useful discussions of key concepts and theories in Agamben's work, such as sovereignty and bare life, along with more critical analyses of the political stakes and consequences of his theoretical and political interventions.

Matthew Calarco is Assistant Professor of Philosophy at Sweet Briar College. With Peter Atterton, he is author of On Levinas, and editor of The Continental Ethics Reader and Animal Philosophy: Essential Readings in Theory and Culture. Steven DeCaroli is Assistant Professor of Philosophy at Goucher College. His forthcoming book is entitled Go Hither and Look: Aesthetics, History, and the Exemplary in Late Eighteenth-Century Philosophy.

"One cannot overstate the importance of Agamben's work or the wide respect it enjoys among scholars in a variety of disciplines in the United States and elsewhere. This volume contains valuable essays from a variety of prominent scholars, and is the only such collection available in any language." 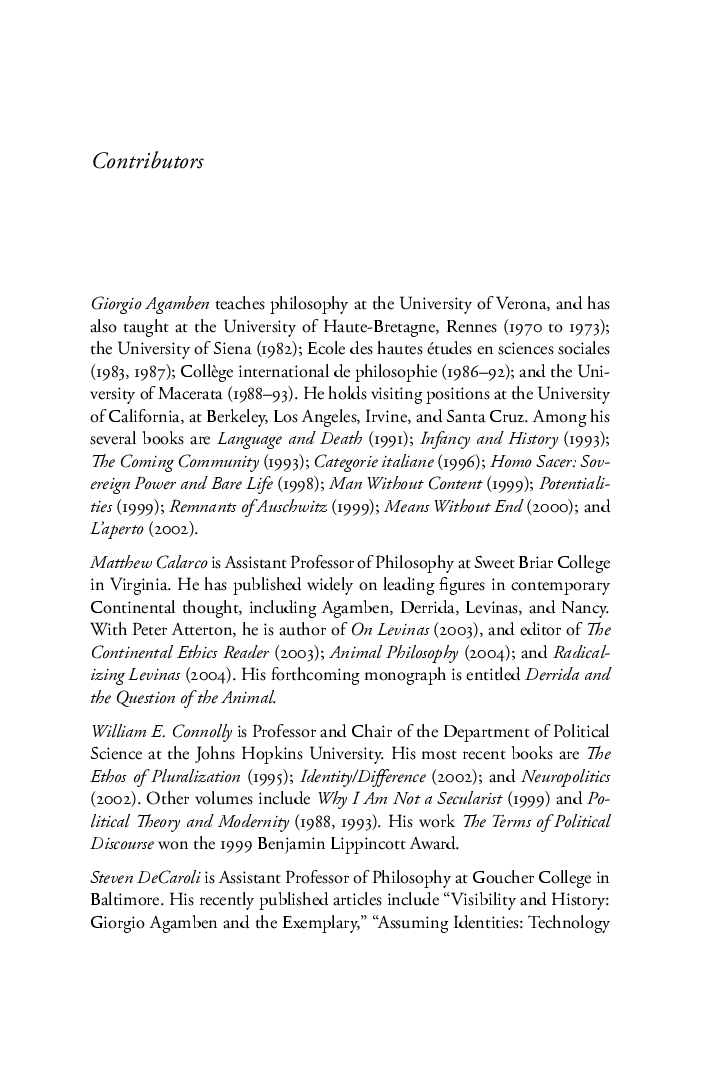 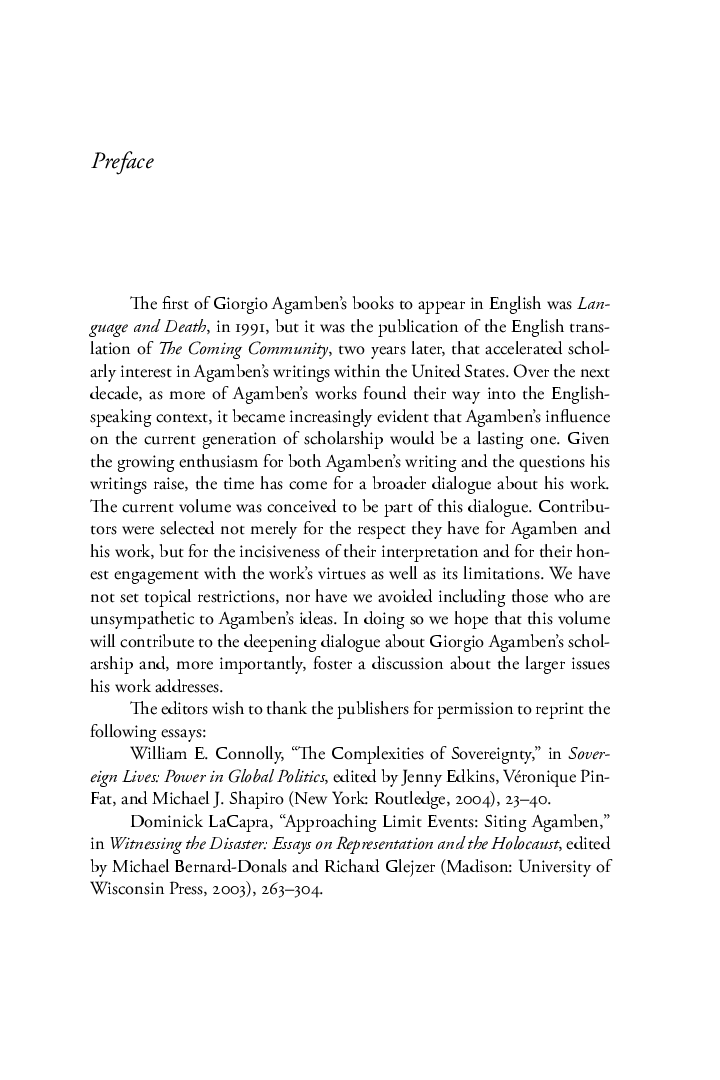 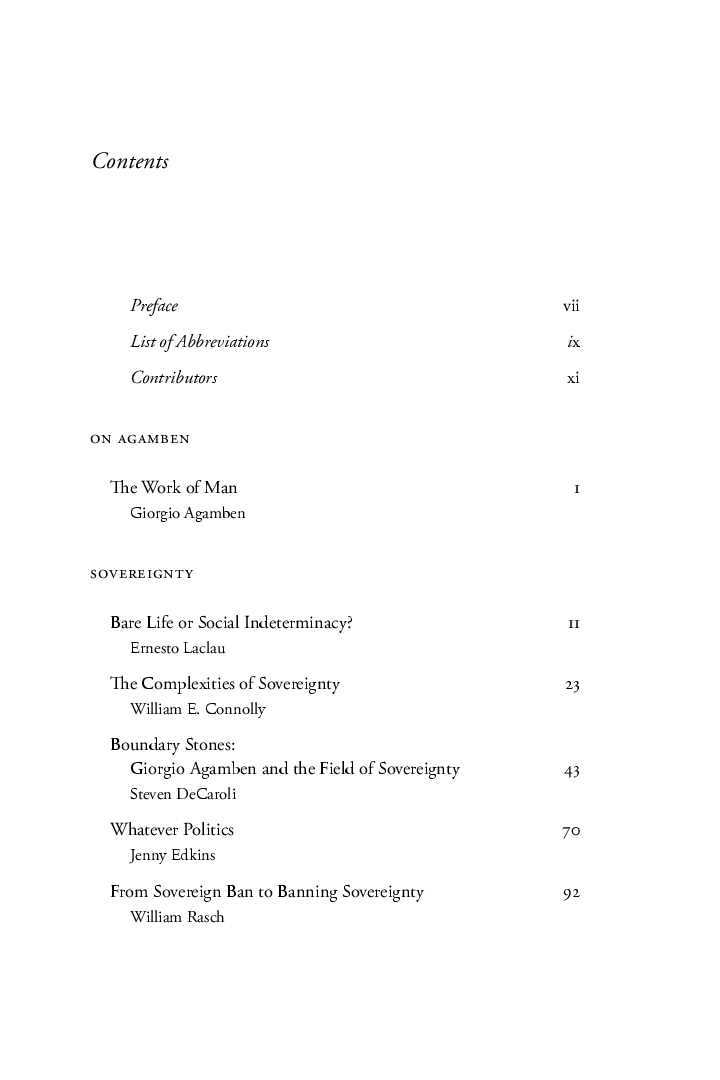