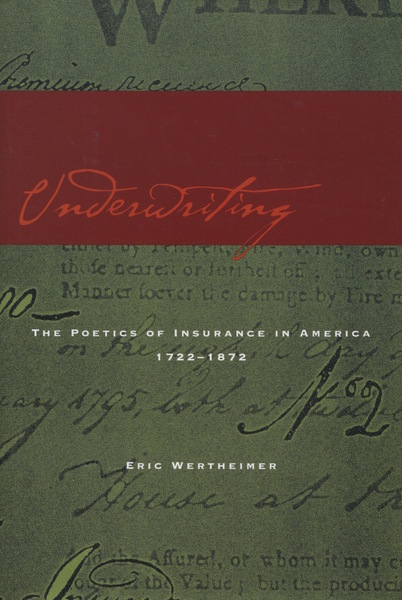 Underwriting
The Poetics of Insurance in America, 1722-1872
Eric Wertheimer

This book focuses on the way literary texts articulate embedded cultural assumptions about monetary value and reflect the logic of certain economic practices. In its simplest formulation, Underwriting is an investigation of the cultural history of insurance in early America. It seeks a large part of that cultural history in the lives and works of five American authors of the eighteenth and nineteenth centuries: Benjamin Franklin, Phillis Wheatley, Noah Webster, Herman Melville, and Ralph Waldo Emerson. It hinges on an odd-sounding assumption: that insurance, as a textual procedure requiring signatures to conserve property, is a writing business, theoretically and practically. Insurance articulates a nexus (in the form of contractual and monetary obligations) between property and text, attempting to mark and reconcile with its voracious application of assurances these two cornerstones of capitalist logic. The plot of Underwriting that Wertheimer pursues is then manifold: a meditation on theories of writing; a cultural and social history of the practices that make mutually defining modes of loss and reparation profitable and pleasurable; and a reading of certain literary texts that might lead us to new understandings of the relationship between artistic and commercial discourses in America.

"[A]rresting . . . Underwriting unfolds in a series of scenes—the chapters are titled 'Philadelphia,' 'Boston,' 'Hartford,' 'New York City'—capsules of the writers' texts and lives. These often impressionistic accounts elegantly trace the intricate, ghostly links between language and experience in what may, after all, be called the performative mode."

Wertheimer "provides insight into the writing of American literature and several of its key figures, making a suggestive argument about their connections to nineteenth-century America's growing commercial orientation."

"Underwriting is a book of genuine intellectual ambition that brings together a range of historical materials, critical methodologies, and literary texts, yet it does all of this with such care and intelligence that nearly every page is compelling. There is much to admire in this genuine contribution to our ongoing appraisal of key figures in American literary history." 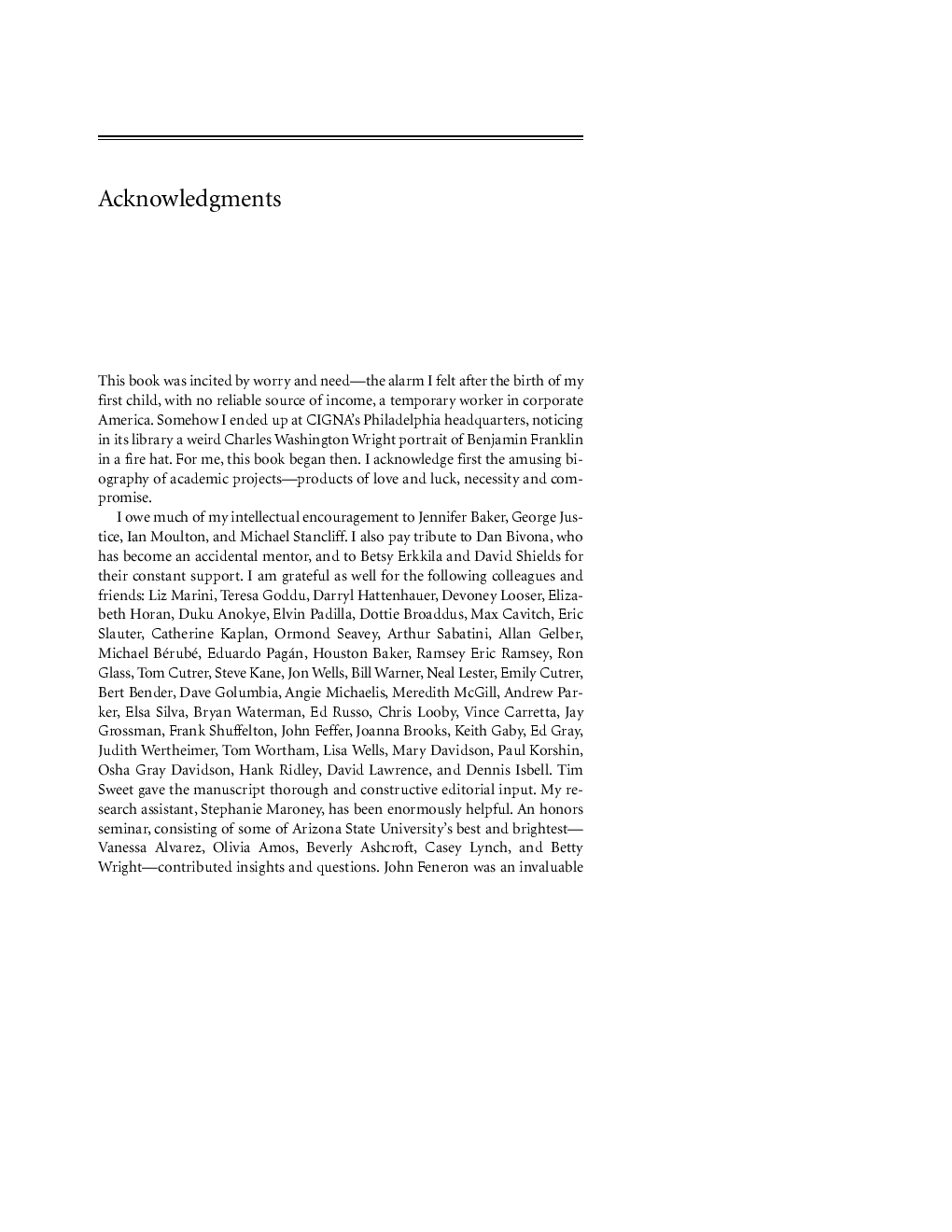 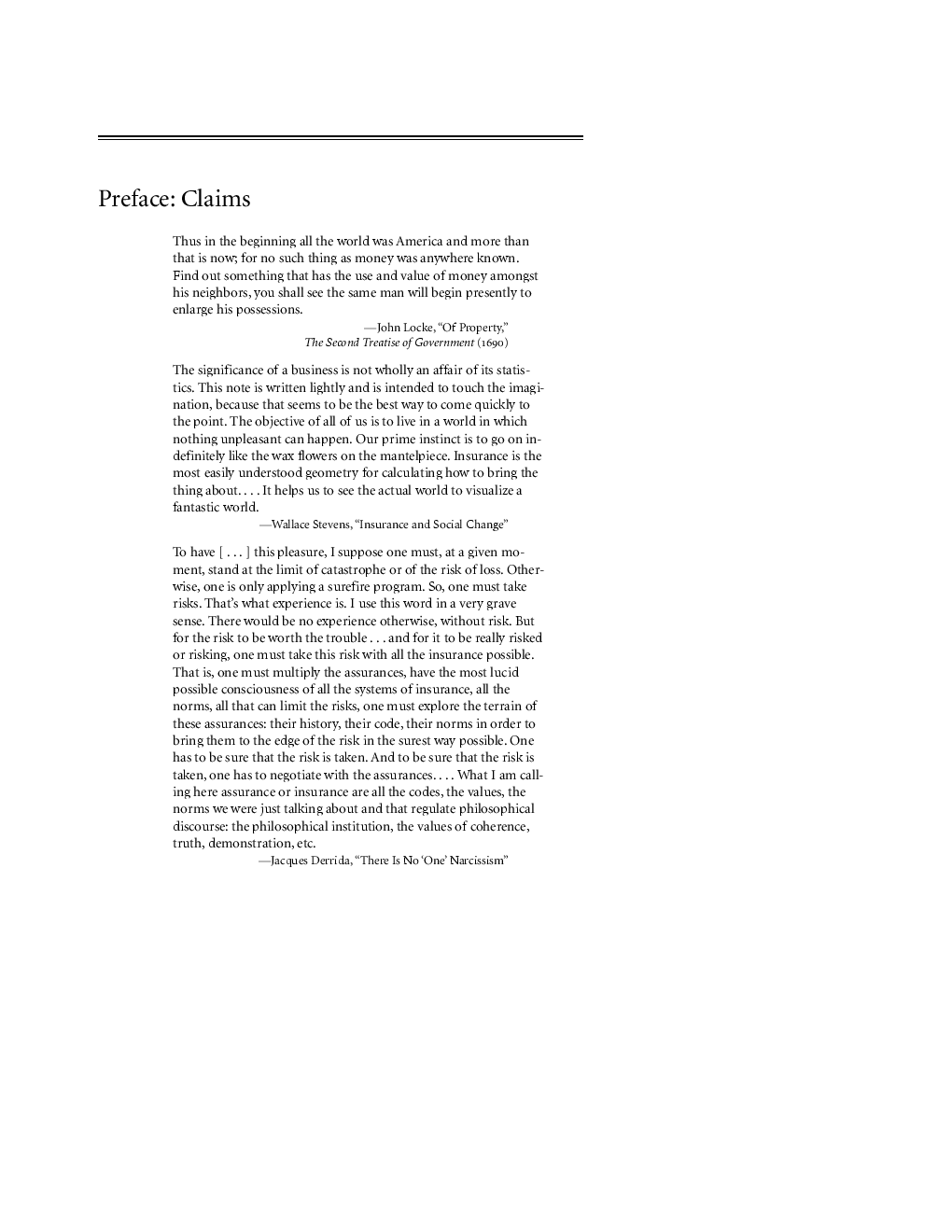 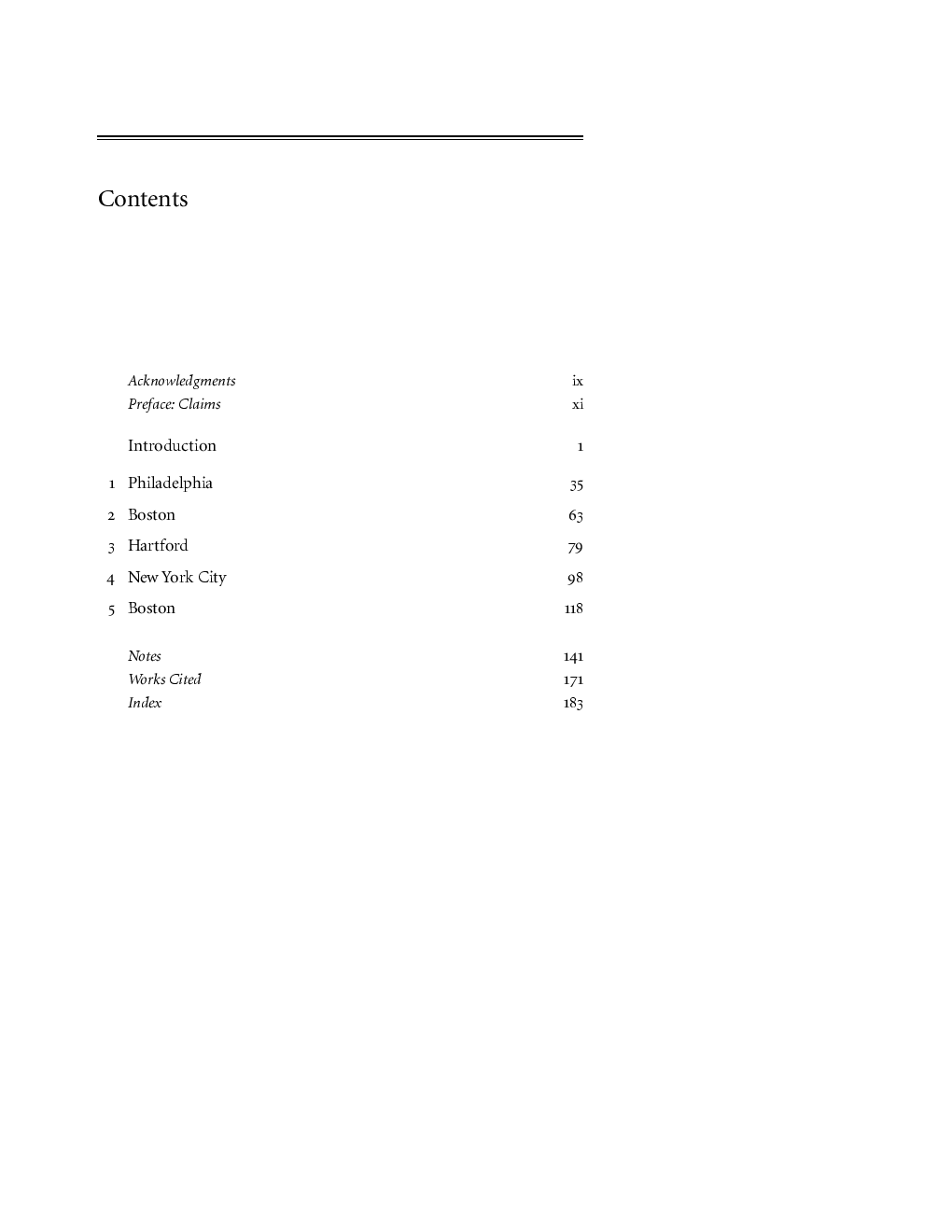