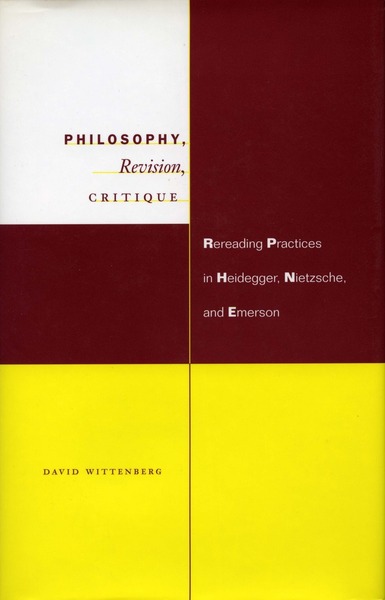 Philosophers have almost always relegated the topic of revision to the sidelines of their discipline, if they have thought about it at all. This book contends that acts of revision are central and indispensable to the project of philosophizing and that philosophy should be construed essentially as a practice of rereading and rewriting. The book focuses chiefly on Heidegger’s highly influential interpretation of Nietzsche, conducted in lectures during the 1930s and 1940s and published in 1961. The author closely analyzes the rhetorical means by which Heidegger repositions Nietzsche’s thinking within a broad history of metaphysics, even as Heidegger positions his own reinterpretation as that history’s more “proper” reading.

The author argues that Heidegger’s revisionist project recasts the philosophical text as paralipsis, a special kind of ironic statement that when “properly” received by the philosophical rereader, expresses what the text did not and could not say. The study of such paraliptical revisionism within the philosophical canon offers a new way of understanding the basic historicity of the philosophical text, a text that is critically indistinguishable from its own future history of interpretations. Philosophy itself is revision, a deeply historicist rereading practice, a continuous reappropriation of its own improper textual past.

In addition to being the first book-length published study of Heidegger’s interpretation of Nietzsche, the book also examines the work of Hans-Robert Jauss, Harold Bloom, and other critics of revision. In particular, Ralph Waldo Emerson’s early essays on history, read both with and against Heidegger’s analysis of metaphysics, demonstrate why the historical intervention achieved by revisionist reading is not only a formal and thematic alteration of the past, but also a rhetorical coercion of future interpretive tendencies. No philosophical reader is simply a user or victim of revisionist methods: in rereading philosophical pasts, the reader is the very mechanism by which such interpretive tendencies are first formed into problems or thoughts within the philosophical canon.

David Wittenberg is Assistant Professor of Comparative Literature and English at the University of Iowa.

"David Wittenberg's Philosophy, Revision, Critique is a pertinent and well-argued contribution to the debate on the nature of philosophy, and its relationship to the kindrid disciplines of rhetoric, history, and literary criticism."

"Scholars with an interest in theories of literary revision have much to learn from this fine book." 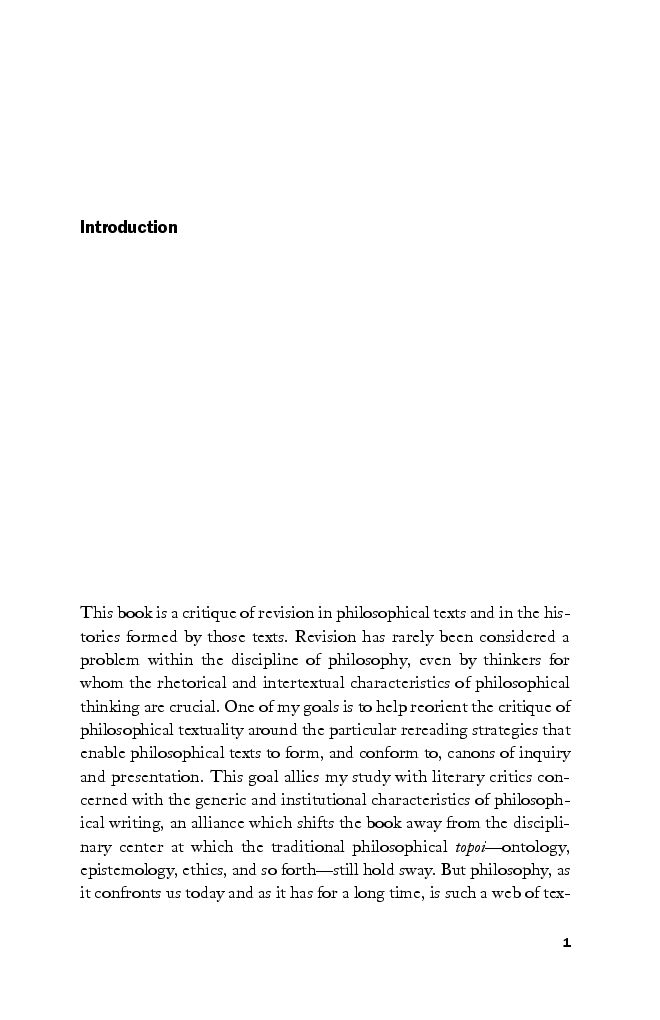 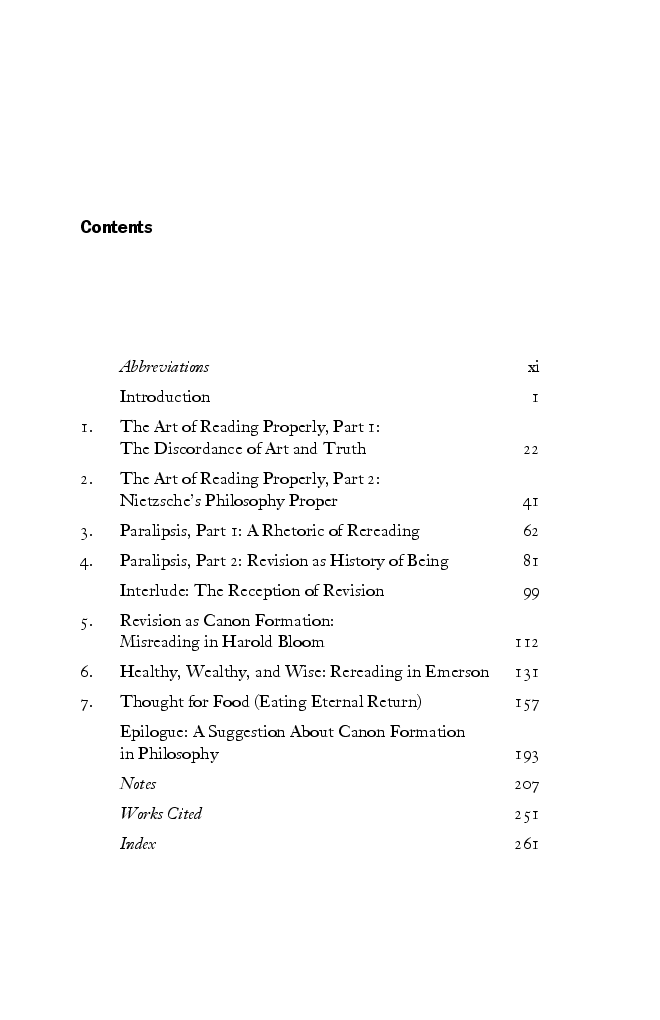