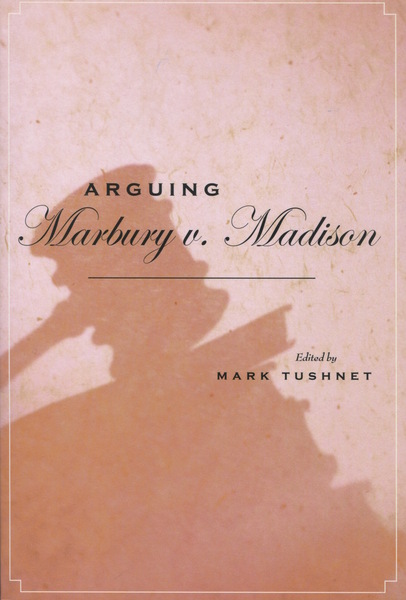 Marbury v. Madison, decided in 1803, is the foundation stone of the American doctrine of judicial review. Remarkably, the case was decided without the parties having presented an oral argument to the Supreme Court. This book begins with a unique transcript of an oral argument in the case, conducted before a bench of four distinguished federal judges. The transcript is followed by essays on Marburys intellectual background, its significance in U.S. constitutional history, and the way in which we might think of constitutional theory and judicial review in terms sensitive to the historical and political contexts in which the practice persists. Distinguished commentators question some of the claims made in the essays, and offer their own perspectives on Marburys importance.

"Arguing Marbury v. Madison is an important contribution to the literature on Marbury v. Madison, and perhaps more importantly, to the history and jurisprudence of judicial review....[A]n intellectual "Jones" for any self-respecting Supreme Court junkie." 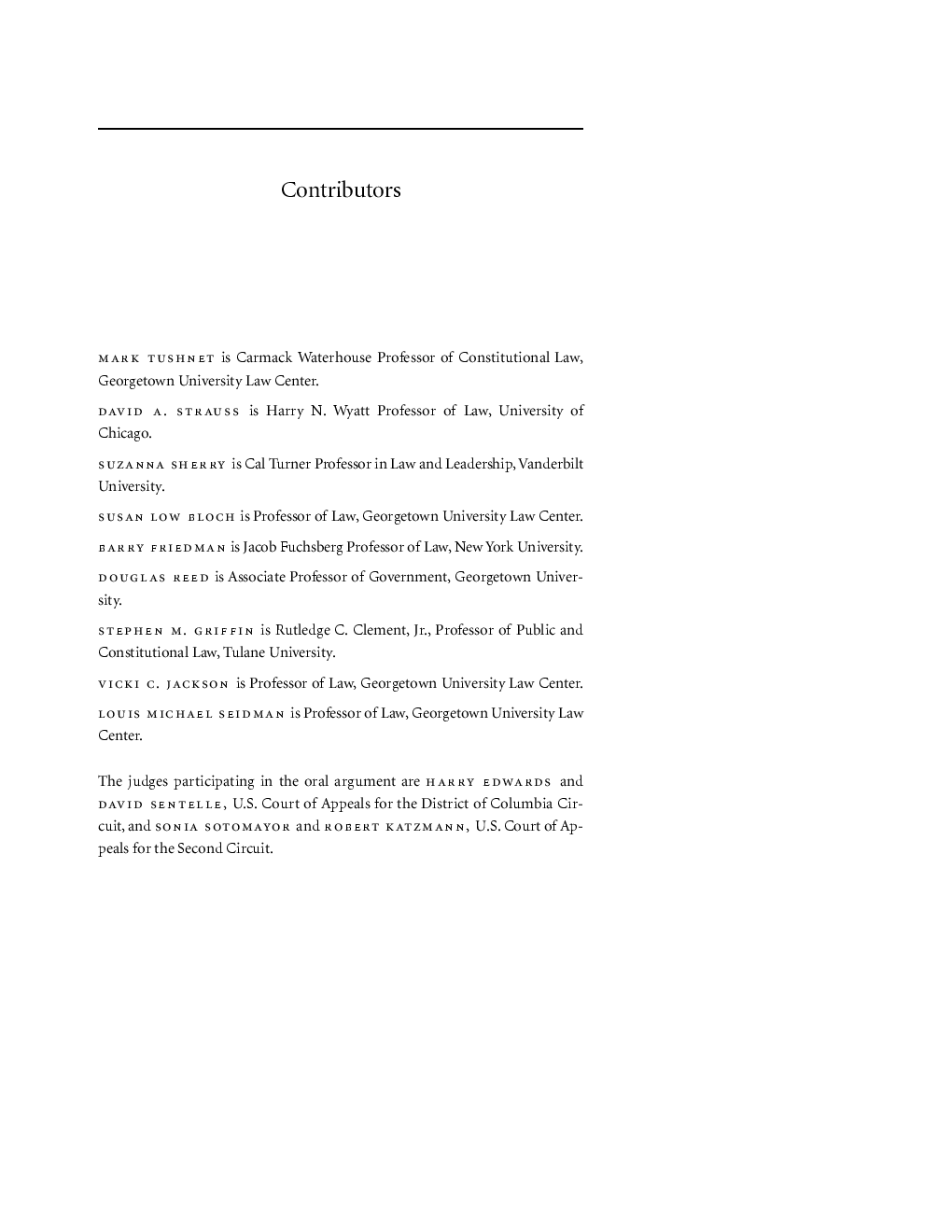 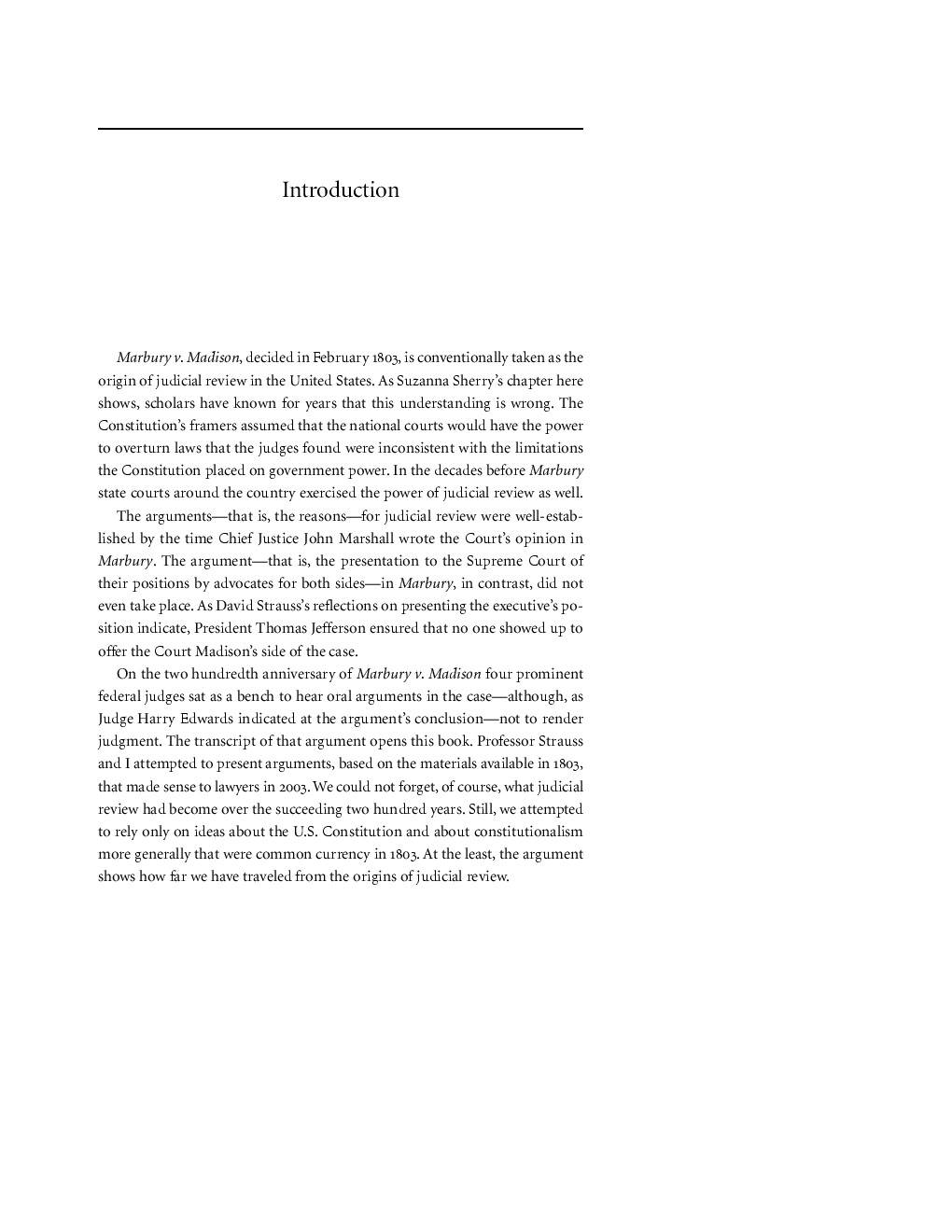