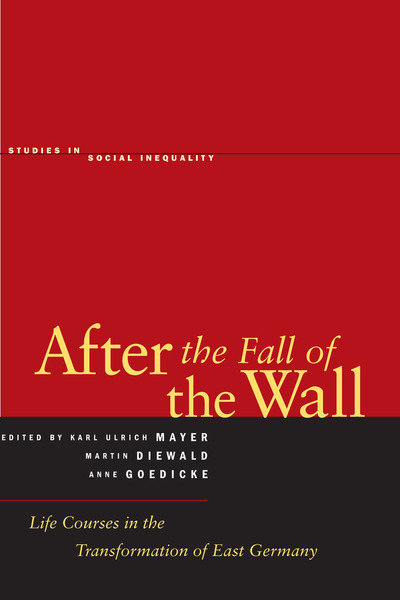 After the Fall of the Wall
Life Courses in the Transformation of East Germany
Edited by Martin Diewald, Anne Goedicke, and Karl Ulrich Mayer
SERIES: Studies in Social Inequality

The fall of the Berlin Wall in 1989 was the beginning of one of the most interesting natural experiments in recent history. The East German transition from a Communist state to part of the Federal Republic of Germany abruptly created a new social order as old institutions were abolished and new counterparts imported. This unique situation provides an exceptional opportunity to examine the central tenets of life course sociology.

The empirical chapters of this book draw a comprehensive picture of life course transformation, demonstrating how the combination of life course dynamics coupled with an extraordinary pace of system change affect individual lives. How much turbulence was created by the transition and how much stability was preserved? How did the qualifications and resources acquired before 1989 influence the fortunes in the restructured economy? How did the privatization and reorganization of firms impact individuals? Did the transformation experiences differ by age/cohort and gender? How stable were social networks at work and in the family? Were personality characteristics important mediators of post-1989 success or failure or were they rather changed by them? How specific were the East German life trajectories in comparison with Poland and West-Germany?

Martin Diewald is Professor of Sociology at the University of Bielefeld,

Germany. Anne Goedicke is Assistant Professor of Sociology at the University

of Duisburg-Essen, Germany. Karl Ulrich Mayer is Chair of the Department of

"One of the first, most comprehensive assessments in the English language of how two different systems and institutions have shaped the lives of East Germans and how East Germans have dealt with the transition to the new Federal Republic of Germany... Their findings should finally lay to rest the notion of the unmotivated East German and suggest rather the dominant role of massive economic restructuring and work-related position in understanding how East Germans have fared through transition."

"At the beginning of the 1990s many people thought that the economic problems of East Germany would soon be a thing of the past, that Germany would quickly be unified in economic terms. It turned out that the process of economic integration has been much more difficult than expected. This book analyzes the unusual turbulences and unexpected continuities in the transformation of life courses under conditions of sudden system change. It will be a milestone in life course research."

"After the Fall of the Wall provides a masterful account of how institutional transformation has affected the life chances of the citizens of the former East Germany...The contributions in this volume document, with impressive detail, the extent of disruption in the East German economy after reunification." 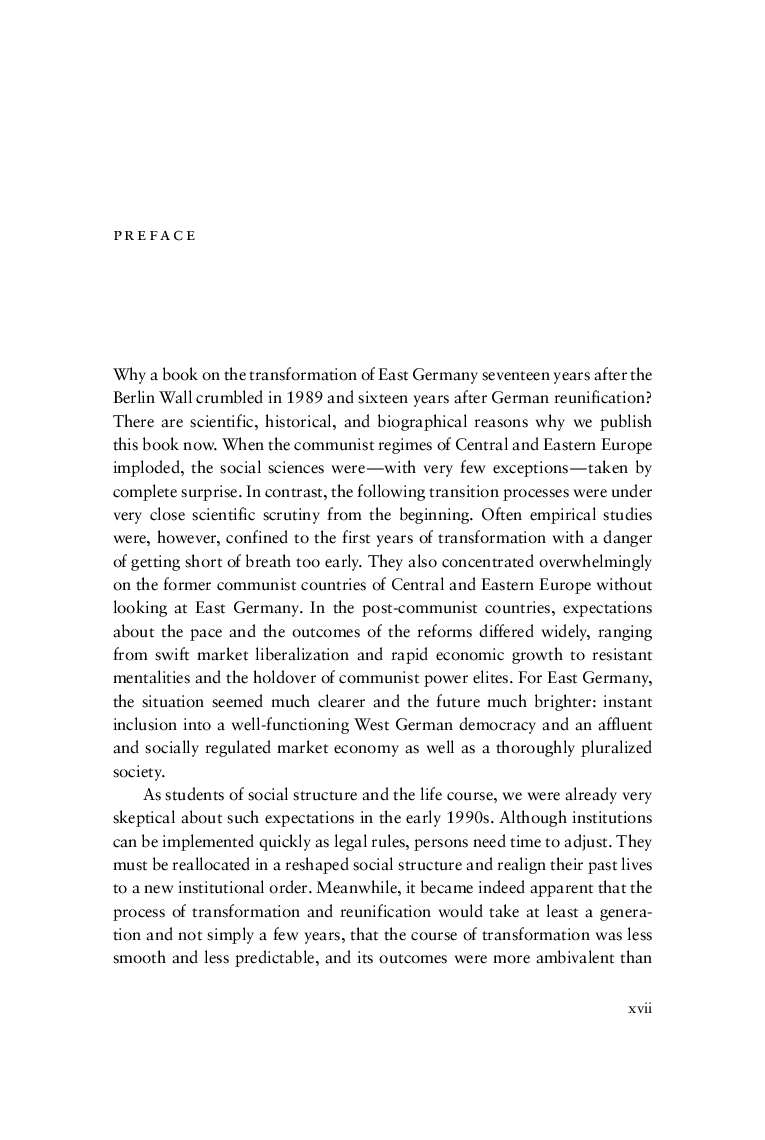 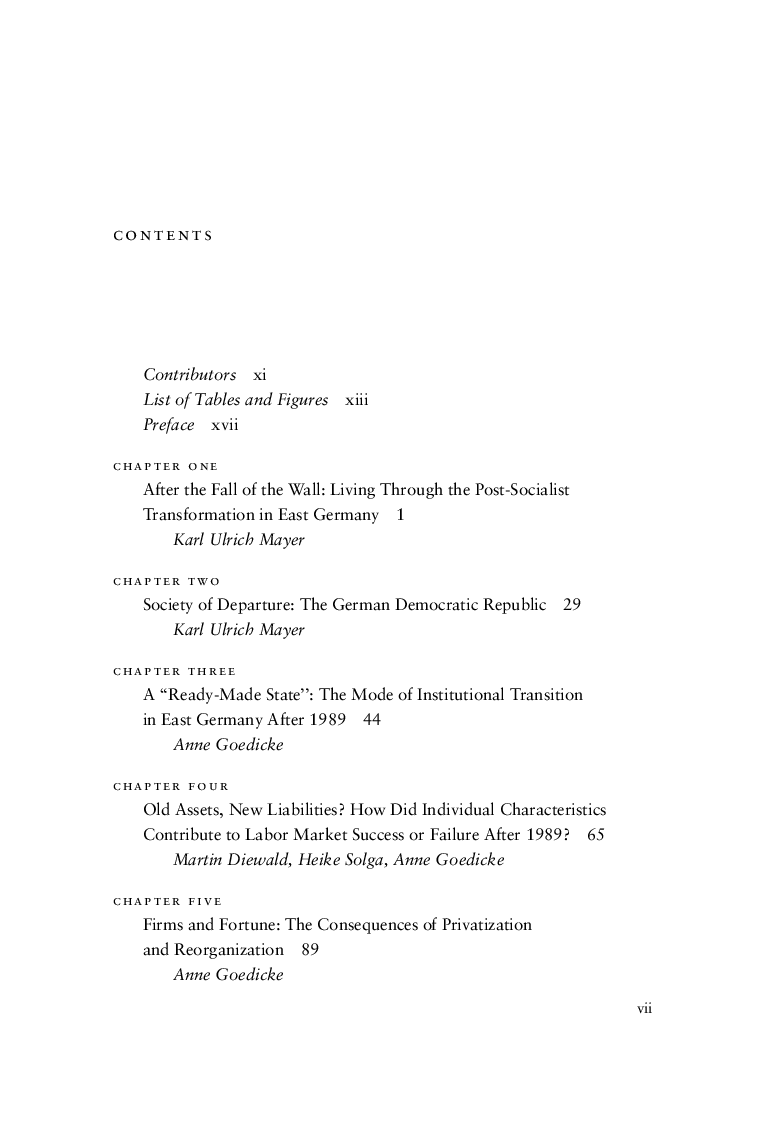 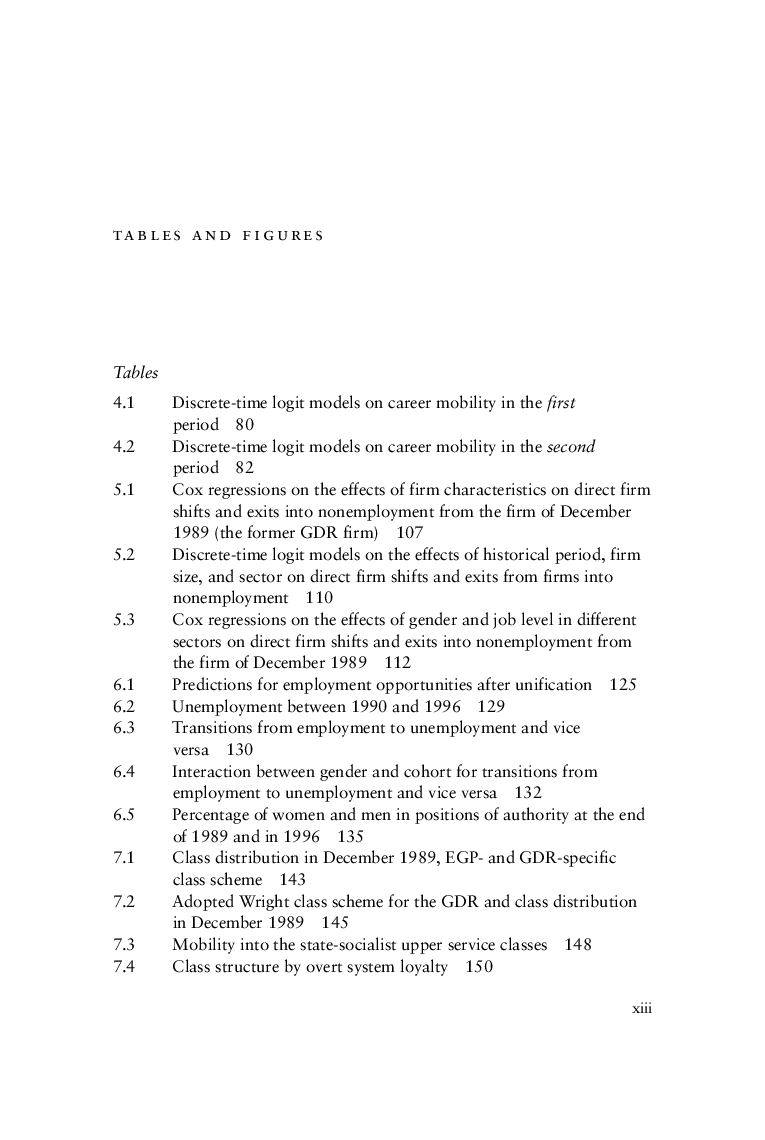