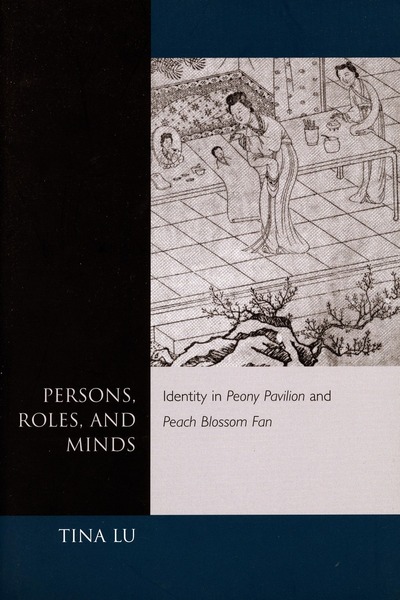 Focusing on two late-Ming or early-Qing plays central to the Chinese canon, this thought-provoking study explores crucial questions concerning personal identity. How is a person, as opposed to a ghost or animal, to be defined? How can any specific person (as distinguished, for example, from an impostor or twin) be identified? Both plays are chuanqi, representatives of a monumental genre that represents Chinese dramatic literature at its most complex: Tang Xianzu's Peony Pavilion is a romantic comedy in 55 acts, and Kong Shangren's Peach Blossom Fan narrates the fall of the Ming Dynasty in 40 acts.

No reader of Chinese literature would find a sexual encounter between a young man and a female ghost surprising. In Peony Pavilion, however, the lovers actually marry and join human society—a possibility that invites speculation on the nature of personhood and agency. By contrast, Peach Blossom Fan addresses the question of identity in an explicitly political fashion. After the fall of Beijing, many men put forward imperial claims. Who, in a time of turmoil, is truly the Emperor? In a Confucian society, where hierarchy and identity are so interdependent, how does the lack of certainty about the Emperor's identity affect all human identities?

The question of personal identity is intrinsically bound up with questions of agency, legal responsibility, and participation within a polity. Confucian patriarchy, in particular, implies an anxiety of identity: in order to serve one's father appropriately, one must first know who he is. Drawing on related contemporary sources, the author combines a range of perspectives, including literary criticism, philosophy, jurisprudence, and art history.

Tina Lu is Assistant Professor of Chinese Literature at the University of Pennsylvania.

“...the main news about this book is that it is a solid, learned, perceptive, coherent, and information-packed study of Ming and Qing drama that will amply reward the time of any reader interetsed in the cultural, intellectual, and esthetic history of late imperial China.”—Eric Henry, University of North Carolina

“This is an original and thought-provoking study.”—Bulletin of the School of Oriental and African Studies