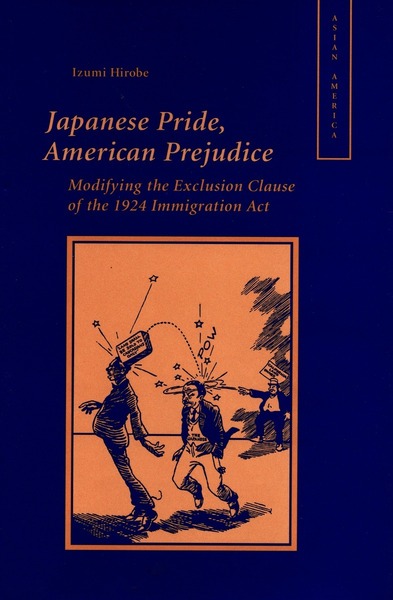 Adding an important new dimension to the history of U.S.-Japan relations, this book reveals that an unofficial movement to promote good feeling between the United States and Japan in the 1920s and 1930s only narrowly failed to achieve its goal: to modify the so-called anti-Japanese exclusion clause of the 1924 U.S. immigration law.

It is well known that this clause caused great indignation among the Japanese, and scholars have long regarded it as a major contributing factor in the final collapse of U.S.-Japan relations in 1941. Not generally known, however, is that beginning immediately after the enactment of the law, private individuals sought to modify the exclusion clause in an effort to stabilize relations between the two countries. The issue was considered by American and Japanese delegates at almost all subsequent U.S.-Japan diplomatic negotiations, including the 1930 London naval talks and the last-minute attempts to prevent war in 1941.

However, neither the U.S. State Department nor the Japanese Foreign Office was able to take concrete measures to resolve the issue. The State Department wanted to avoid appearing to meddle with Congressional prerogatives, and the Foreign Office did not want to be seen as intruding in American domestic affairs. This official reluctance to take action opened the way for major efforts in the private sector to modify the exclusion clause.

The book reveals how a number of citizens in the United States—mainly clergy and business people—persevered in their efforts despite the obstacles presented by anti-Japanese feeling and the economic dislocations of the Depression. One of the notable disclosures in the book is that this determined private push for improved relations continued even after the 1931 Manchurian Incident.

"The book thoroughly chronicles and documents the polemics between the pro-Japanese and anti-Japanese forces regarding the advisability of the Japanese Exclusion Act."

—the Journal of American History

"Izumi Hirobe's carefully researched book details the efforts, ultimately unsuccessful, of missionaries and businessmen to modify Japanese exclusion from 1924 through the 1930s. . . . Hirobe's account is most interesting as a study of the complex entanglements produced by dynamics of regional, national, and international politics."

"Izumi Hirobe's work has immeasurably extended our understanding of this critical period."

"This excellent book is recommended to readers from many fields: Asian-American History, international history, US-Japanese relations, US diplomatic history, and the inter-war era. It is difficult to imagine a more definitive work on the topic. With research from archives and libraries in Japan, Britain, France, and the United States, the book is a compelling exemplar of the new 'international history' mentos are urging upon aspiring diplomatic historians."

"[Hirobe's] account of the conversation on both sides of the Pacific regarding Japanese immigration gains particular depth and persuasiveness from his intelligent citation of newspaper and magazine articles, including not only the mainstream American and Japanese press but also Chinese, African-American, and Catholic journals. Hirobe also is skilled at describing the climate of opinion at given moments. He provides a particularly evocative depiction of the hostility in Japan engendered by the 1924 law's enactment." 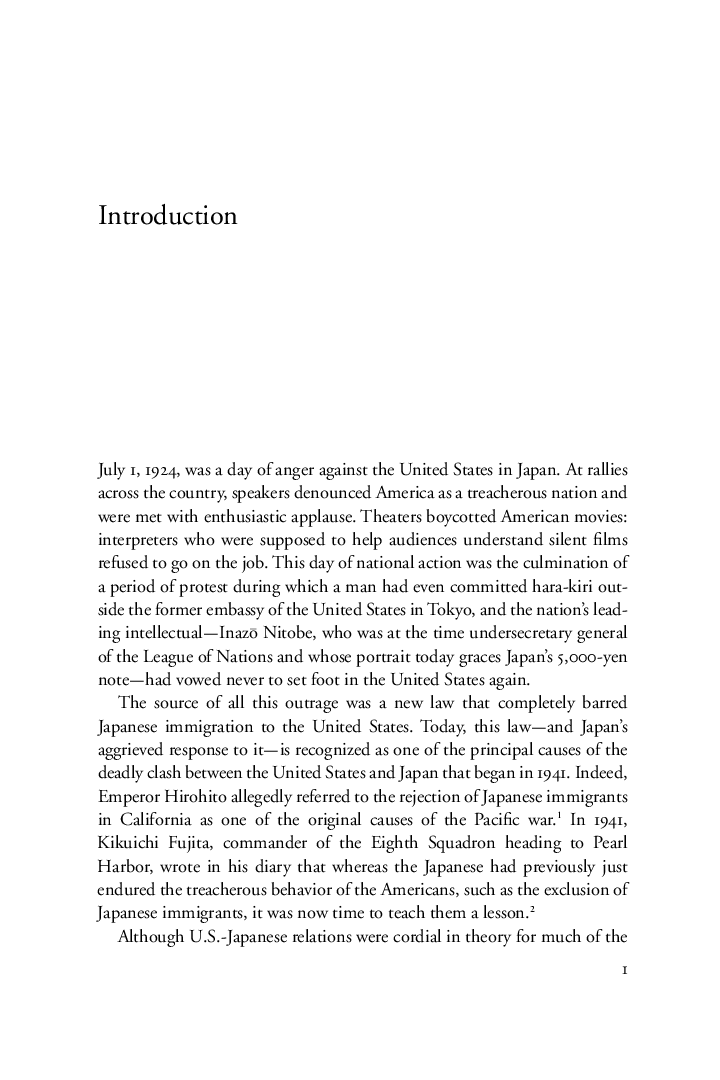 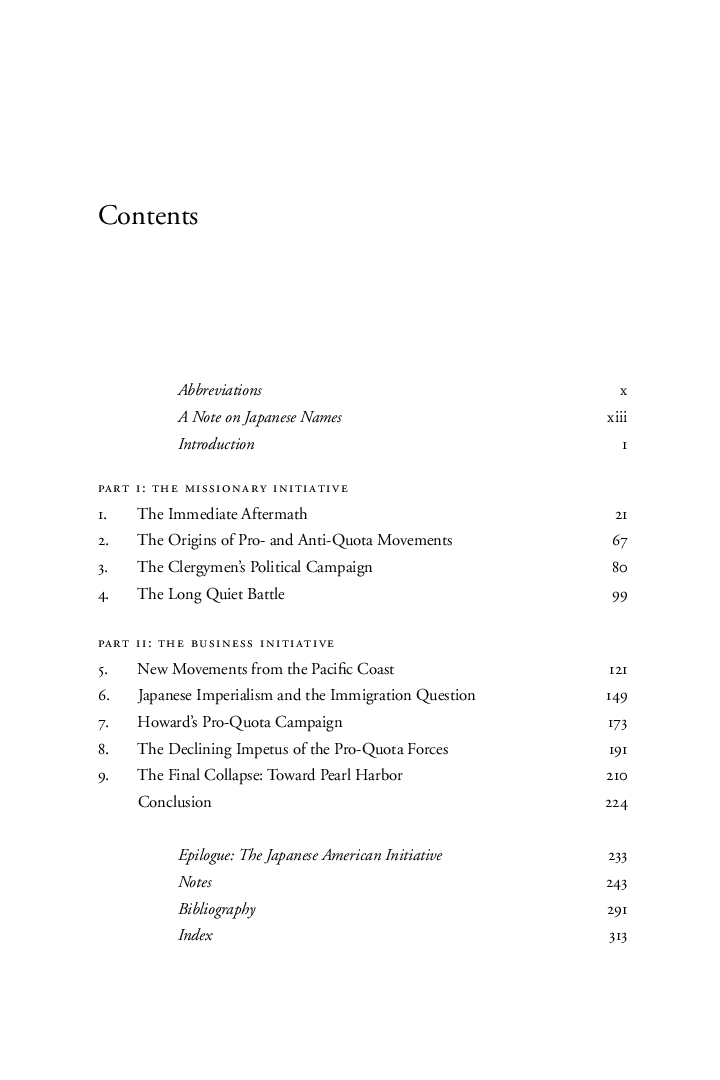