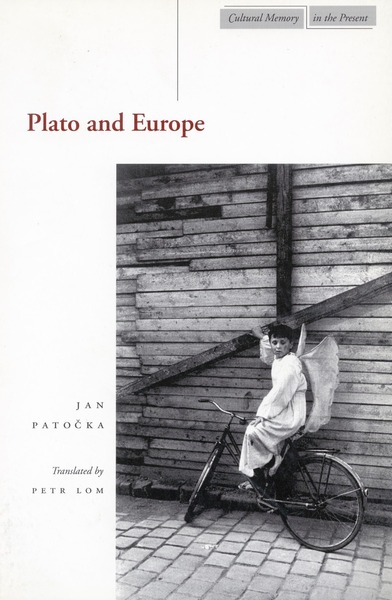 The Czech philosopher Jan Patocka (1907-1977), who studied with Husserl and Heidegger, is widely recognized as the most influential thinker to come from postwar Eastern Europe. Refusing to join the Communist party after World War II, he was banned from academia and publication for the rest of his life, except for a brief time following the liberalizations of the Prague spring of 1968. Joining Vaclav Havel and Jiri Hajek as a spokesman for the Chart 77 human-rights declaration of 1977, Patocka was harassed by authorities, arrested, and finally died of a heart attack during prolonged interrogation.

Plato and Europe, arguably Patocka's most important book, consists of a series of lectures delivered in the homes of friends after his last banishment from the academy just three years before his death. Here, he presents his most mature ideas about the history of Western philosophy, arguing that the idea of the care of the soul is fundamental to the philosophical tradition beginning with the Greeks. Explaining how the care of the soul is elaborated as the problem of how human beings may make their world one of truth and justice, Patocka develops this thesis through a treatment of Plato, Democritus, and Aristotle, showing how considerations about the soul are of central importance in their writings. He demonstrates in vivid fashion how this idea forms the spiritual heritage of Europe.

Other books by Jan Patocka published in English are Body, Language, Community: Heretical Essays in the History of Philosophy, and An Introduction to Husserl's Phenomenology.

"Patocka's contribution to philosophy and, in particular, to post-Heideggerian thought has shaped the European debate about the future of philosophy and phenomenology. Plato and Europe is one of the finest introductions to phenomenology. Its major thesis, however, is an extremely powerful and fascinating argument concerning the specificity and heritage of European thought: that European thought and civilization rests on the Platonic conception of the 'tendance of the soul'."