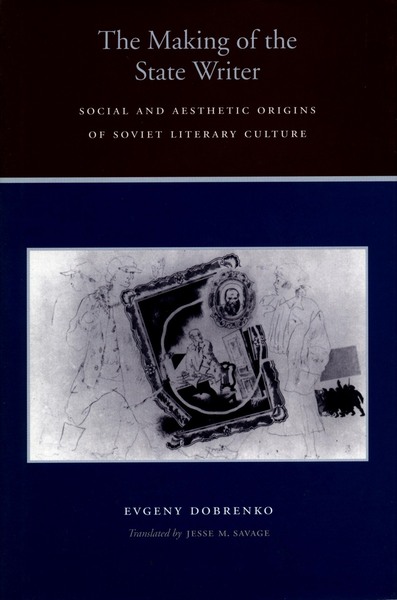 This book completes the author's study of the sociology of the literary process in Soviet Russia, begun in The Making of the State Reader: Social and Aesthetic Contexts of the Reception of Soviet Literature (Stanford, 1997). The history of the literary process of the Soviet era, understood as the living process of the clash of political and ideological aspirations and the interests and psychology of cultural elites, allows one to understand the social origins and cultural aims of Stalinist art in an entirely new way.

Previous scholarship has concentrated largely on Sovietological answers to the basic problems of Stalinist aesthetics—such as "political control," "repressions," and "pressure from the regime." However, the author demonstrates that Socialist Realism is not so much directed as it is self-directed; it is not a matter of control but of self-control. The transformation of the author into his own censor is the true history of Soviet literature.

Socialist Realism is cultural revolution not only from above but from below as well. The state simply took into account, and accurately discerned, the demands of the masses, and Soviet literature became the reader's answer to these demands. The reader not only shaped Socialist Realist aesthetics down to his own expectations, but in fact created it. The Soviet writer was yesterday's Soviet reader who had learned how to write books.

The Soviet writer can be called the product of authority only to the extent that this authority recognized and institutionalized what Lenin called the "lively creativity of the masses." On the other hand, the author shows, the Soviet writer is the radical realization and embodiment of the nineteenth-century Russian populist utopia of enlightenment of the people.

Evgeny Dobrenko is Reader in Slavonic Studies at the University of Nottingham.