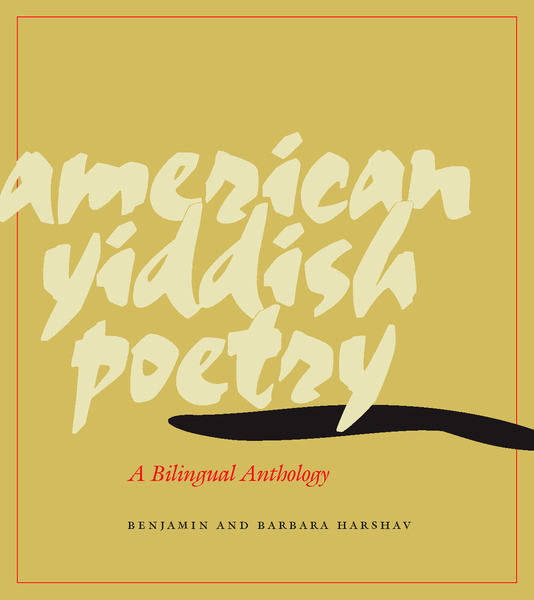 This remarkable volume introduces to the large English-speaking audience what is probably the most coherent segment of twentieth-century American literature not written in English. The range of American Yiddish Poetry runs the gamut from individualistic verse of alienation in the modern metropolis, responses to Western culture and ideologies, and experiments with poetic form and the resources of the Yiddish language, to the vitriolic associative chains of a politically engaged anarchist existentialist; from hymns to urban architecture and landscapes and the plight of African Americans to confrontations with the experiences of Jewish history and the loss of the Yiddish language. The bilingual facing-page format, the notes and the biographies of poets, the selections from Yiddish theory and criticism, and a comprehensive introduction to the cultural background and concerns of the poetry enhance the poems themselves.

Benjamin Harshav is the Jacob and Hilda Blaustein Professor of Hebrew and Comparative Literature at Yale University. Until 1987, he taught at Tel Aviv University, where he established a department of poetics and comparative literature. He is also the founding editor of the journal Poetics Today. His recent books include Marc Chagall and His Times: A Documentary Narrative (Stanford, 2003) and Sing, Stranger: A Century of American Yiddish Poetry—A Historical Anthology(Stanford, 2006). He is also the editor of Marc Chagall on Art and Culture(Stanford, 2003). Barbara Harshav teaches translation at Yale University. She has translated forty books from French, German, Hebrew, and Yiddish

"Readers who think that Yiddish literature in America began and ended with Nobel-prizewinner Isaac Bashevis Singer will find a new book from Stanford University Press to be a revelation. American Yiddish Poetry: a Bilingual Anthology by Benjamin Harshav and Barbara Harshav is a virtuoso production, 813 pages of essays, original texts, and deft translations of seven worthy, yet often overlooked, early 20th century poets like A. Leyeles and Jacob Glatshteyn."