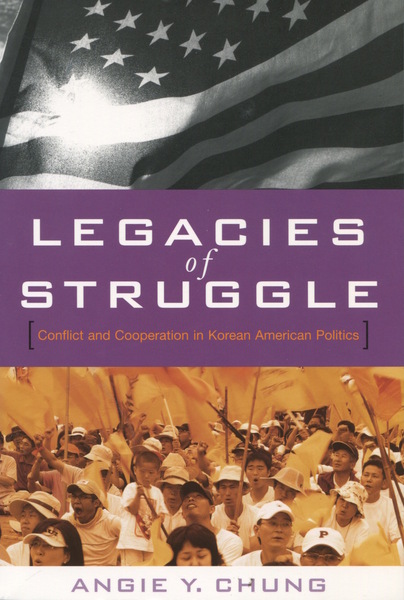 Since the 1992 Los Angeles riots, Koreatown has become increasingly fractured by intergenerational conflict, class polarization, and suburban flight. In the face of these struggles, community organizations can provide centralized resources and infrastructure to foster an ethnic consciousness and political solidarity among Korean Americans. This book analyzes the role of ethnic community-based organizations and the dynamics of contemporary Korean American politics.

Drawing on two case studies, the author identifies diverse ways in which community-based organizations negotiate their political agendas and mainstream ties within the traditional ethnic power structures. One organization promotes middle-class ethnic goals through accommodation to immigrant leaders, while the other emphasizes social justice through alliances with outside interest groups. Both cases challenge the traditional assumption that assimilation undermines ethnicity as a meaningful framework for political identity and solidarity in immigrant groups. Legacies of Struggle reveals how community-based organizations create innovative spaces for political participation among new generations of Korean Americans.

Angie Y. Chung is Assistant Professor of Sociology at the University at Albany and a former post-doctoral research fellow with the Social Science Research Council Program on International Migration.

"This book successfully conveys an important facet of the contemporary dynamic of ethnicity."

"Legacies of Struggle is a well-researched, thoughtful study of modern American ethnic dynamics, covering the Korean American immigrant experience, the development of Koreatown, and the examination [of] the racial conflicts and social challenges."

"Unique and illuminating, this is the first book to examine the political and social service organizations in a multiethnic enclave. It will become a model for future studies of multiethnic enclaves in the post-1965 era, and makes a significant contribution not only to Asian American studies, but also to studies of immigration, ethnic and race relations, and social service organizations."

"Perceptively attentive to institutional context, collective identities, and individual experiences, Angie Chung shows how "bridging" ethnic organizations carve out a distinctive political space. In illustrating the form and role of two such organizations, she provides an innovative rethinking of how ethnic political solidarity is rearticulated and sustained in the face of the Korean American community's increasing generational differences, class disparities, and residential dispersal." 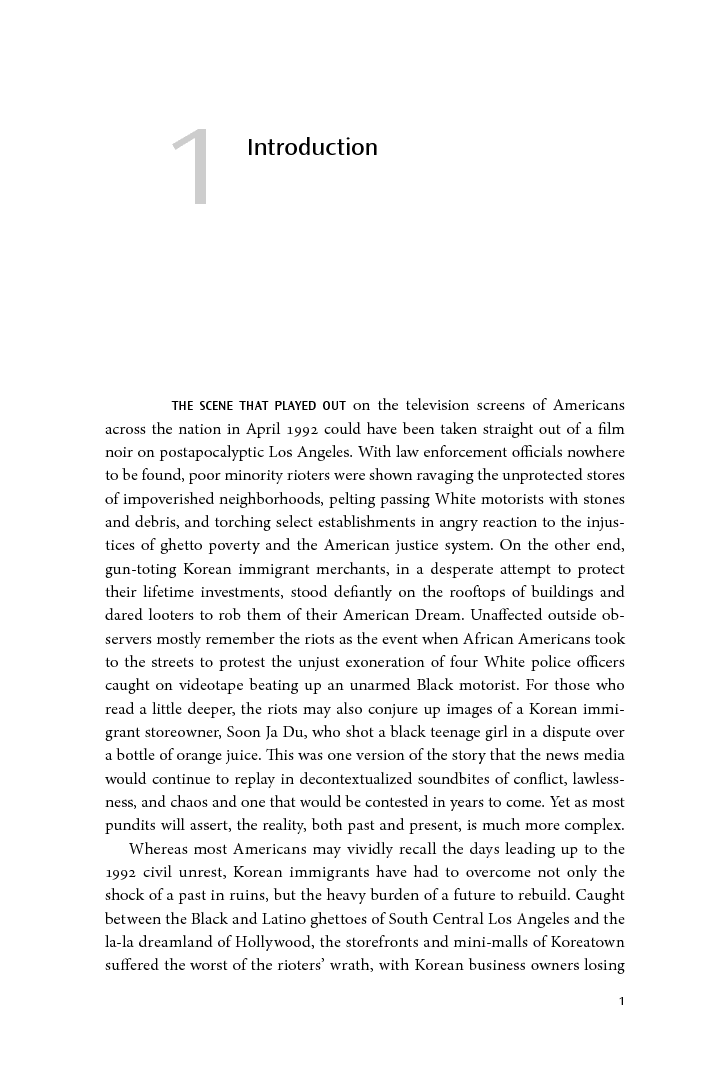 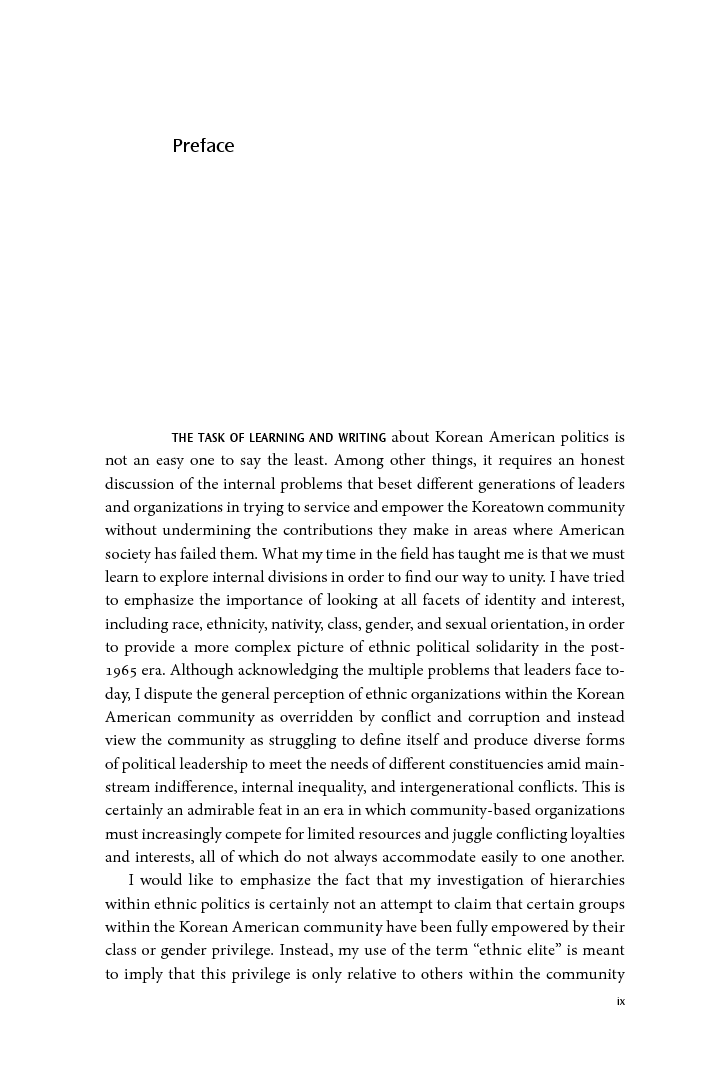 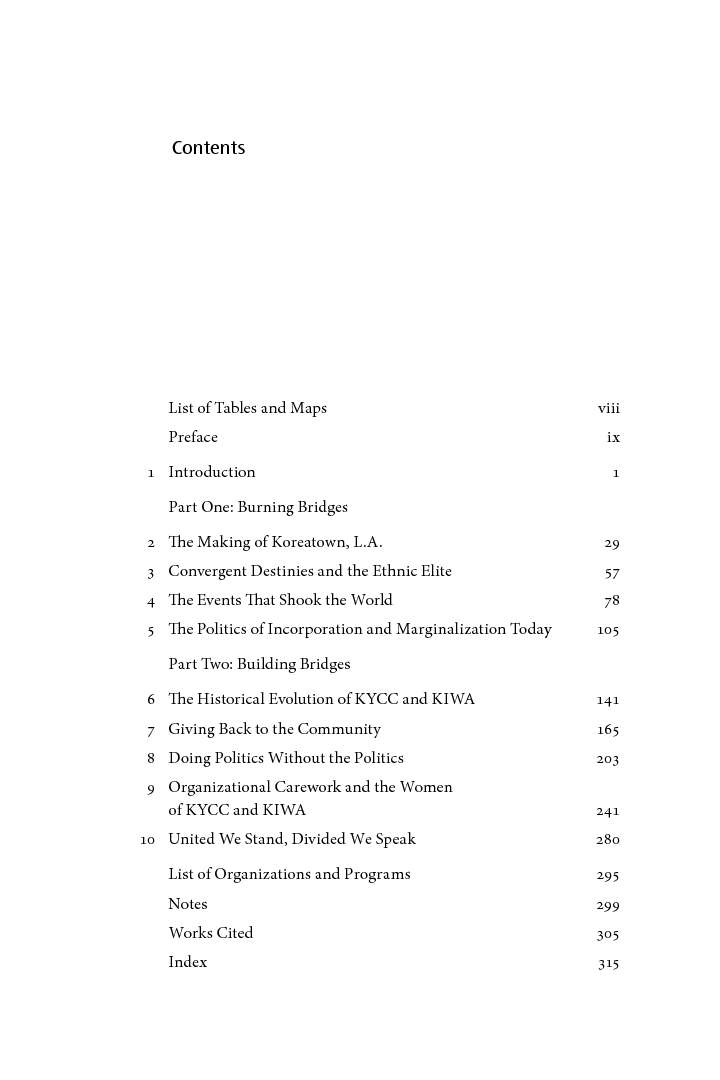 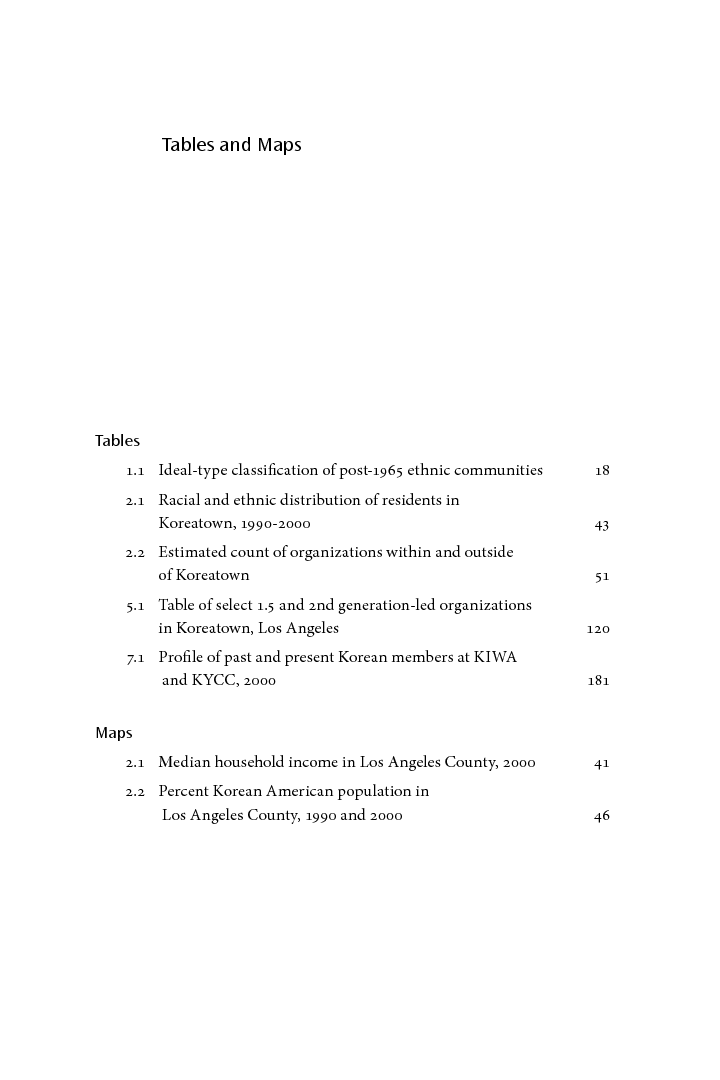