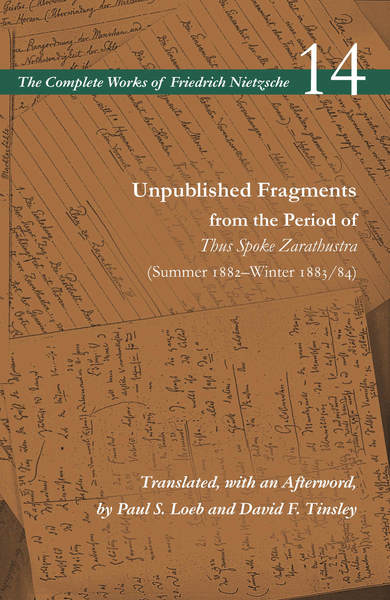 "Nietzsche scholars have many reasons to be grateful to Paul S. Loeb and David F. Tinsley: for their meticulous scholarship, their literary skill, and, not least, their exemplary consideration for the reader. Their work in this volume sets a benchmark for future English translations of Nietzsche's writing."