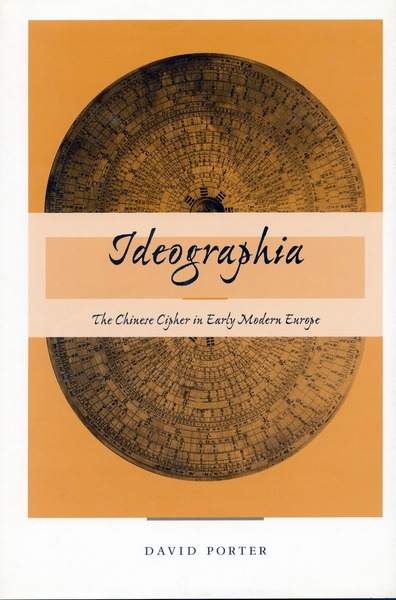 From the first successful Jesuit mission in 1583 until the disastrous failure of the British trade embassy in 1816, China’s cultural practices transfixed the attention of Western philosophers, theologians, architects, artists, entrepreneurs, and social critics. The direct influences on European culture were many and profound, ranging from Chinese teahouses in European palace gardens to adaptations of Chinese plays for the popular stage, from calls for the restructuring of the civil service on the model of Chinese meritocracy to the espousal of Confucian precepts in the moral education of children.

More significant than even such readily visible gestures of imitation and appropriation, however, were the interpretive strategies that accompanied them: the processes by which Europeans translated the unfamiliar and often enigmatic artifacts of Chinese culture into familiar forms of meaning, thus engaging them in the emergent discourses of European modernity.

This book traces recurrent patterns in the European imaginative constructions of China through four illuminating spheres of encounter: linguistic, theological, aesthetic, and economic. How might we compare the perplexity of Europeans before the Chinese writing system with their experience of Chinese religious practice, trade policy, or porcelain design? The author shows how the remarkably consistent interpretive paradigms revealed through such comparisons suggest not only how historical circumstances condition and constrain responses to the foreign but also how an active engagement with the cipher of foreignness shapes the way a society comes to understand itself.

David Porter is Assistant Professor of English and Comparative Literature at the University of Michigan. He is the editor of Internet Culture and Between Men and Feminism.