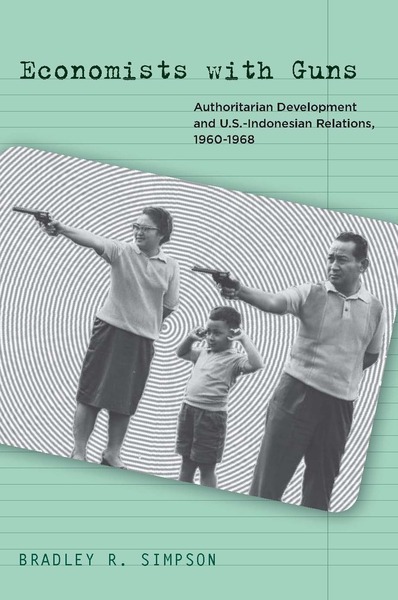 Offering the first comprehensive history of U.S relations with Indonesia during the 1960s, Economists with Guns explores one of the central dynamics of international politics during the Cold War: the emergence and U.S. embrace of authoritarian regimes pledged to programs of military-led development. Drawing on newly declassified archival material, Simpson examines how Americans and Indonesians imagined the country's development in the 1950s and why they abandoned their democratic hopes in the 1960s in favor of Suharto's military regime. Far from viewing development as a path to democracy, this book highlights the evolving commitment of Americans and Indonesians to authoritarianism in the 1960s on.

Bradley R. Simpson is Assistant Professor of History and International Affairs at Princeton University. He is also the director of a National Security Archive project to declassify U.S. documents concerning Indonesia and East Timor during the reign of General Suharto (1965-1998).

"Bradley R. Simpson's outstanding new book, Economists with Guns, provides chilling new evidence of American complicity with what the CIA itself referred to as 'the worst mass killings' since the era of Hitler and Stalin Simpson's book is highly significant in one other respect: it shows the perils of authoritarian models of economic development and the fallaciousness of the military modernization theories promoted by Kennedy-era intellectuals, which continue to hold some credence among foreign policy elites today."

"Simpson's book constitutes an important addition to our knowledge of the global Cold War. It is based on meticulous archival research, frames its detailed finding within a larger argument and is written in a direct and accessible prose style. This text will be of interest to scholars and students of U.S. foreign policy, the international Cold War, and the modern history of Southeast Asia and Indonesia."

"Based upon a remarkable wealth of recently declassified U.S. government documents, this meticulous study permits both new insights into well-known events and revelations of unknown events. A major contribution to the study of Indonesia's postcolonial history and to the field of U.S. Cold War diplomacy, it will remain a standard reference work for many years to come."

"The author successfully applies the ideas of modernization theory to the Indonesian case, tracing America's ideologically informed notions of Indonesia's place in the regional and world economy. This comprehensive work offers a valuable new perspective." 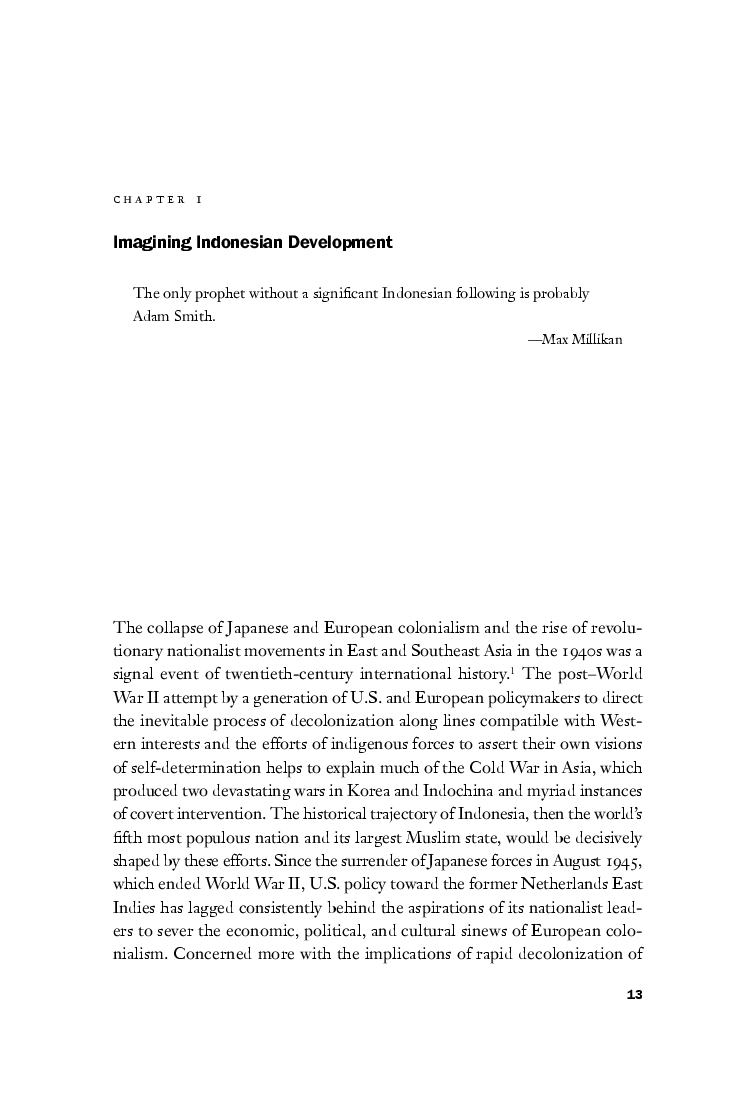 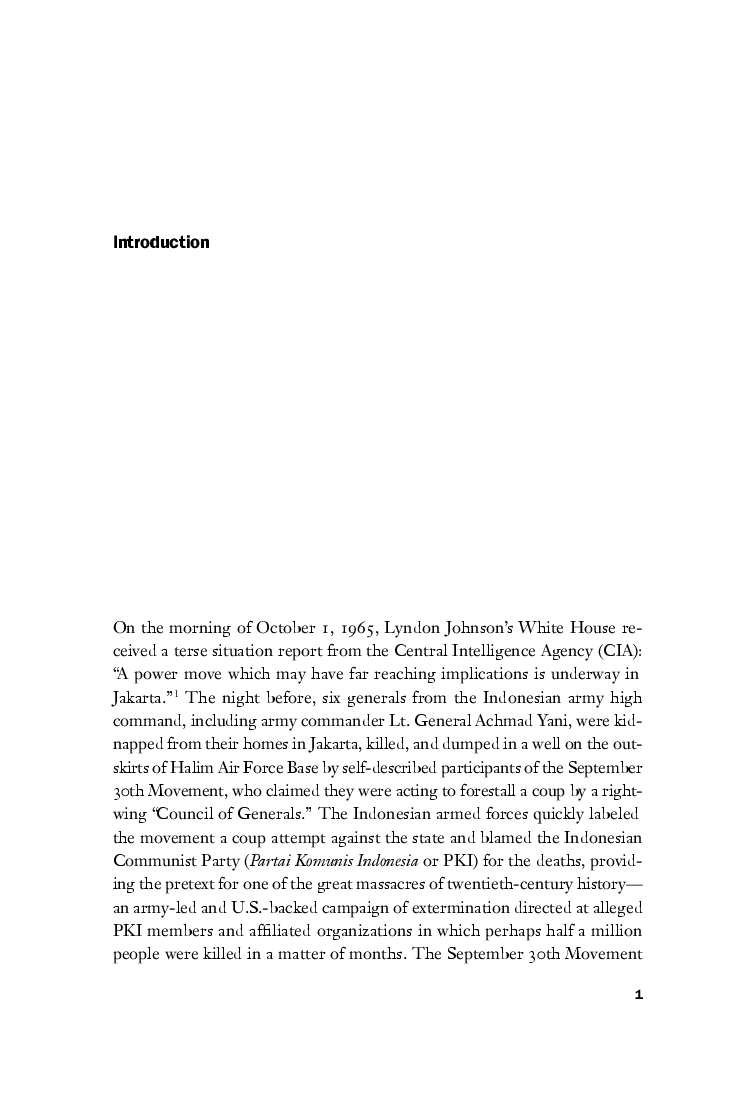 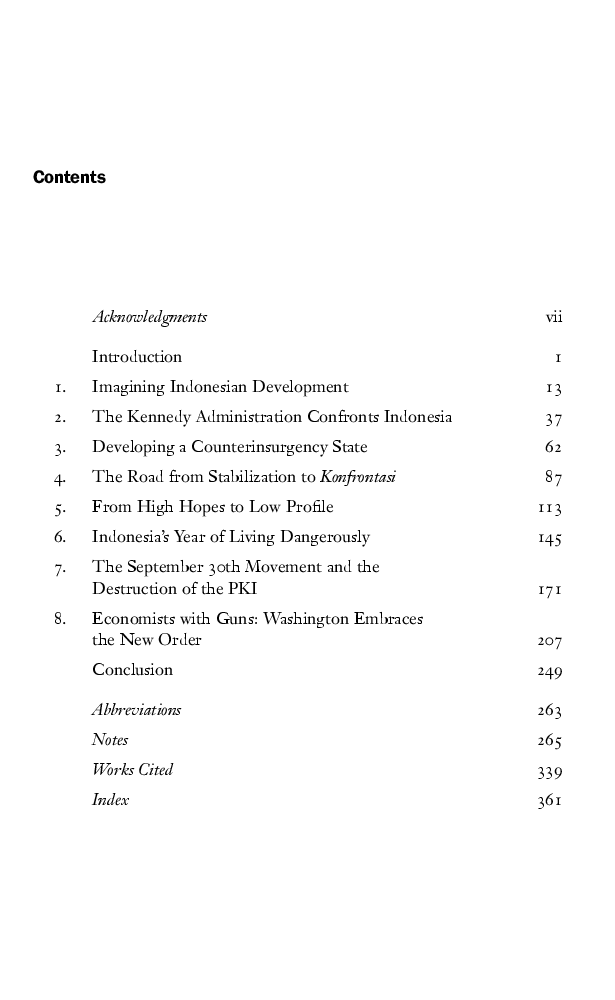 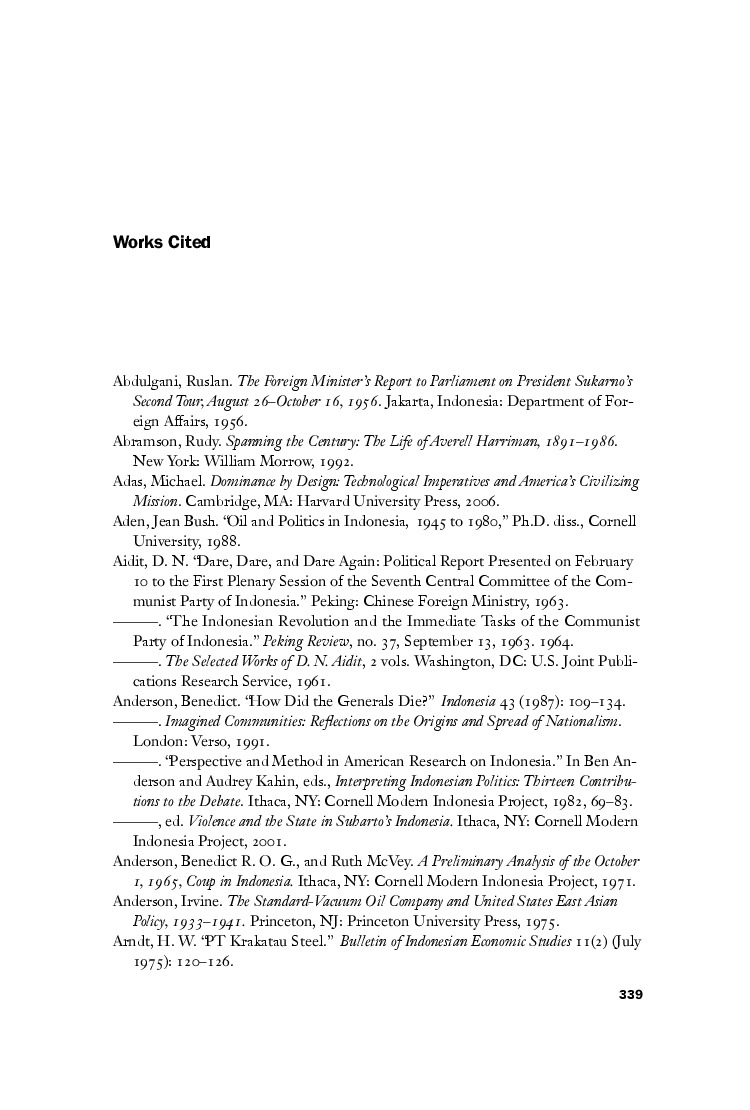