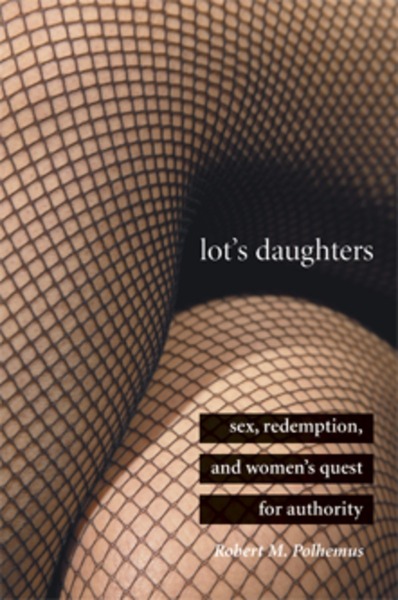 Lot's Daughters explores the relationship of fathers and daughters and of older men and younger females in history, life, art, and culture. This ambitious, daringly original book shows how humanity has remembered and been formed by Lot's daughters—how the shocking biblical text describing the crucial relationship between that patriarch and his daughters has haunted the human imagination and shaped history and behavior right down to the present.

Robert Polhemus terms this ongoing human drama—the mutual attraction between young females and older males—the "Lot complex," and illustrates his theory with a wide-ranging series of portraits that analyze and dramatize the lives and work of famous men and women who, in very diverse ways, have made the world care more deeply about the destiny of daughters.

In witty, probing chapters on an entertaining selection of daughters that includes women as varied as Lewis Carroll's Alice, Shirley Temple, Mia Farrow, and Monica Lewinsky, Polhemus tells the story of men's ambivalent desire for young women and of women's quest for authority. It is an indispensable work on male-female relations.

Robert M. Polhemus is Chair of the English Department and Joseph S. Atha Professor in Humanities at Stanford University.

"Neither cultural study nor literary criticism exactly, though bursting at the seams with both, this daring book comes across as a literary criticism of culture, brilliantly retelling one of the deep, untameable stories of those primal transgressions that form and deform us. In a rolling novelistic voice of its own, it narrates a tale of intergenerational desire incestuously conceived by the brain of the Hebrew scripture upon the unconscious body politic of western familial order-only to be passed down centuries later through the revelatory glosses a Joycean Victorianist with a neo-Darwinian sense of evolving possibilities for human need, in particular for the release of the woman from within the law of the father and its violated taboos. The author of Comic Faith and Erotic Faith carries us this time from Lear's heath to Clinton's Oval Office, and across the media of painting and film as well as print, in a gripping episodic testament of broken faith, violated psychic contracts, and redeemed filial chances. Archetype, parable, syndrome, paradigm, you name it, but in any case haunting us still, the Lot Complex is tracked into modernity, with exhibits from Austen to Woody Allen, in an arresting narratology of human desire itself. By any measure, a sweeping achievement."

"In this wise, humane, passionately argued and eloquently written book, Robert Polhemus uncovers the incestuous father-daughter "Lot complex" at the core of western Judaic-Christian culture. Ranging from the Bible to Freud to Woody Allen, from Shakespeare to Mary Shelley to Lolita, from the Brontes to Shirley Temple to Bill Clinton, Polhemus persuasively argues that Lot's daughters have been transformed over time. They should be seen, not as the victims of patriarchy, but as the procreators of an increasingly powerful 'daughterland.' This is a book that every father, every daughter, should read."

"We know the reason powerful men hook up with younger women: because they can. But in his dazzling new book, Rob Polhemus asks a far more provocative and unnerving question: what do young women want from older men? Linking the Bible and the Brontes, Lewis Carroll and Chelsea Clinton, Shirley Temple and Linda Tripp, Lot's Daughters explores timeless territory with a new and spellbinding map."

—Regina Barreca, Professor of English Literature and Feminist Theory, University of Connecticut. Author of They Used To Call Me Snow White But I Drifted

"Traipsing through so many field of inquiry allows Pohemus to find Lot's daughters at the core of modern consciousness' . . . . Though dense and rigorous, Polhemus's book is quite lively: general readers with an interest in any of the figures discussed will be intrigued."

"Lot's Daughters is not (or not merely) an academic unpacking of text. Its material includes paintings and movies and scandals—an exciting array of opportunities, from Midrash to Monicagate, each offering an answer to the eternal, critical question: what do you young women want?"

"Polhemus has written a sensitive, unsensationalist book which grips the reader's interest throughout....It is a remakrable achievement."

"Lottishness is everywhere we look, in literature and in life. Polhemus has wrriten a sensitive, unsensationalist book which grips the reader's interest throughout. It takes thoughtful account of historical contexts, not without the occasional wisecrack for the benefit of those whose attention might be flagging, and, crucially, it grants its women agency and its old men dignity. It is a remarkable achievement." 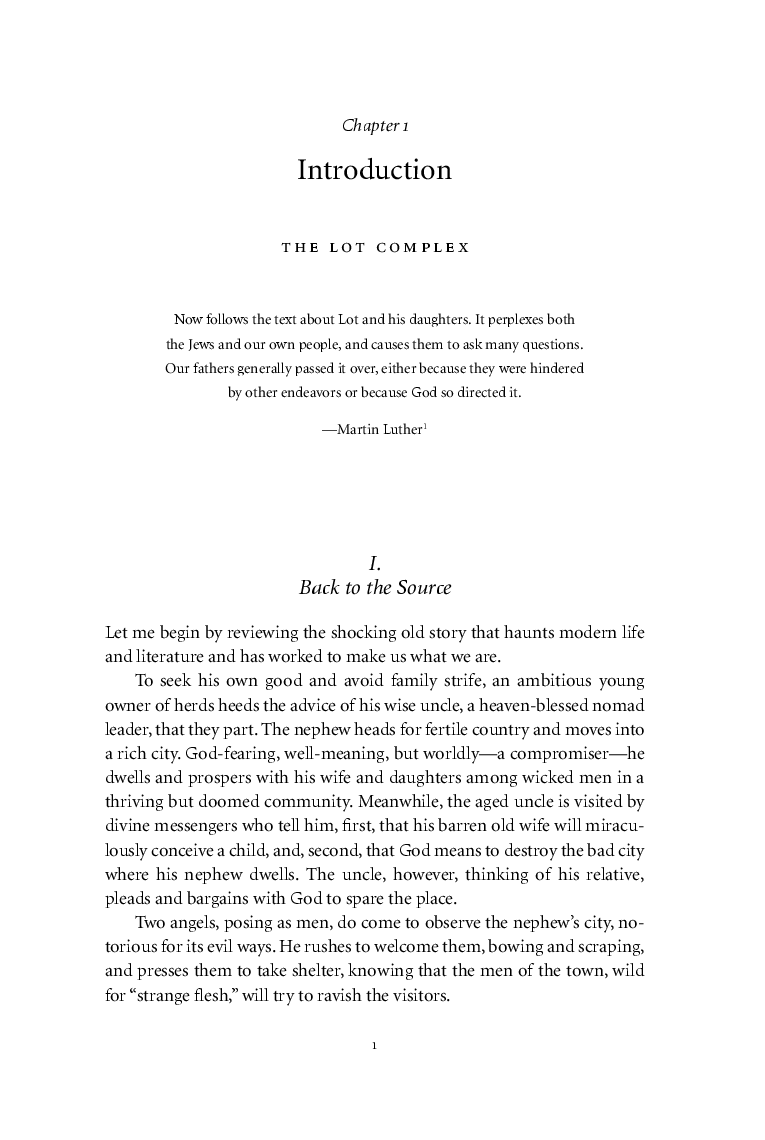 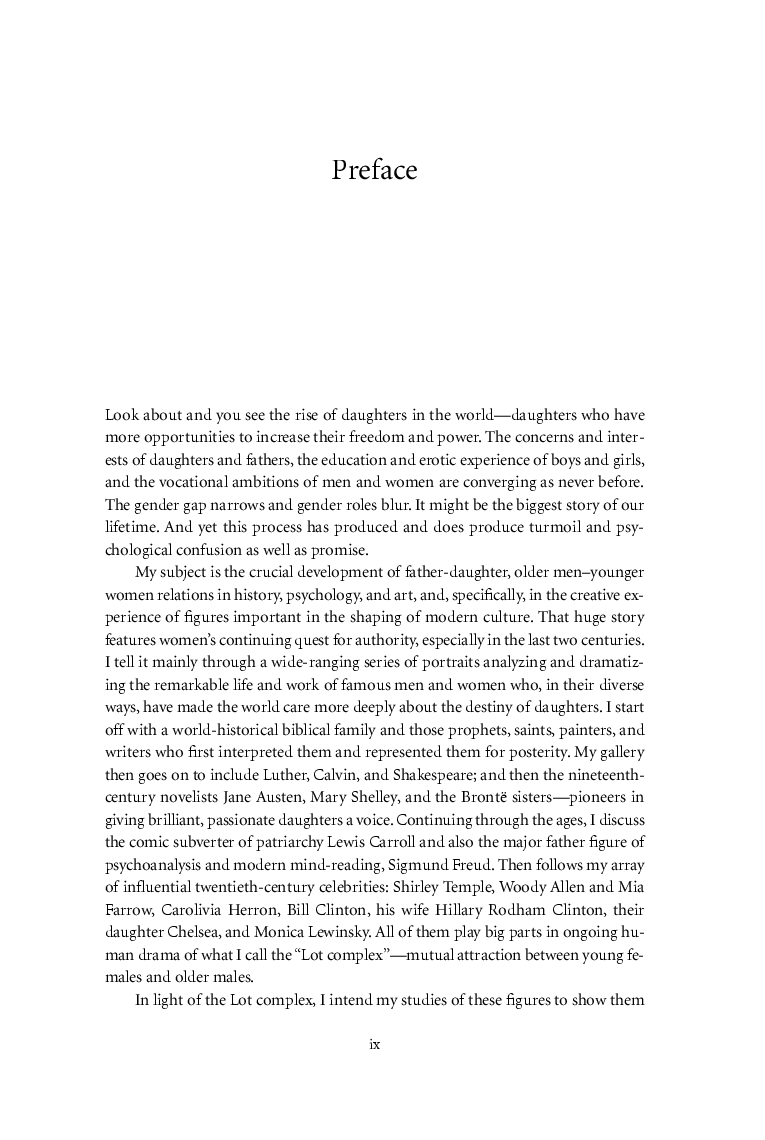