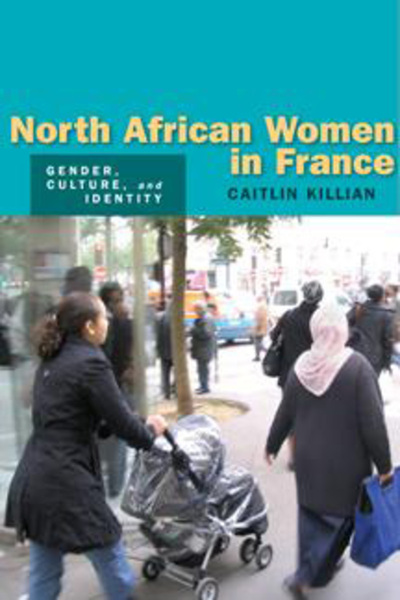 In recent decades more Algerian, Moroccan, and Tunisian women have immigrated to France than men, yet despite their increasing numbers first generation immigrant women are rarely the focus of research.

In this sociological study, Caitlin Killian examines how Muslim women construct and manage their identities in the midst of a foreign culture—what they hold on to from their countries of origin and what they decide to embrace in France, why some immigrant women cope better with challenges in their new country than others, and how they raise children who will one day be French. She demonstrates that these women engage in selective acculturation and highlights their ability to resist labels that do not fit with their self perceptions. These findings point to the flexibility of personal identity, even among visible minorities whose self-identification choices were previously thought to be highly constrained.

Caitlin Killian is Assistant Professor of Sociology at Drew University.

"In addition to the powerful first-hand accounts of te North African women immigrants, the book provides carefully researched informaiton and clear insight, both in the text and the extensive notes, into the immigrant presence and, more generally, into contemporary French culture... North African Women in France offers something of value to a wide range of readers."

"This book is an important contribution to the study of North African immigration to France. In offering these women the opportunity to tell their own stories of migration and recount their struggles over 'adaptation' in France, Caitlin Killian does a great service to anyone interested in broad issues of immigration, incorporation, and the negotiation of gender categories in the larger Muslim world."

"Killian makes a worthy contribution to our understanding of first generation North African women who immigrated to France. She illuminates many aspects of the identity work they engage in, as they respond to racism and discrimination. The interviews are fascinating, revealing worlds that are often incommensurable with what many of us take for granted."

—Michèle Lamont, Harvard University, author of The Dignity of Working Men: Morality and the Boundaries of Race, Class and Immigration 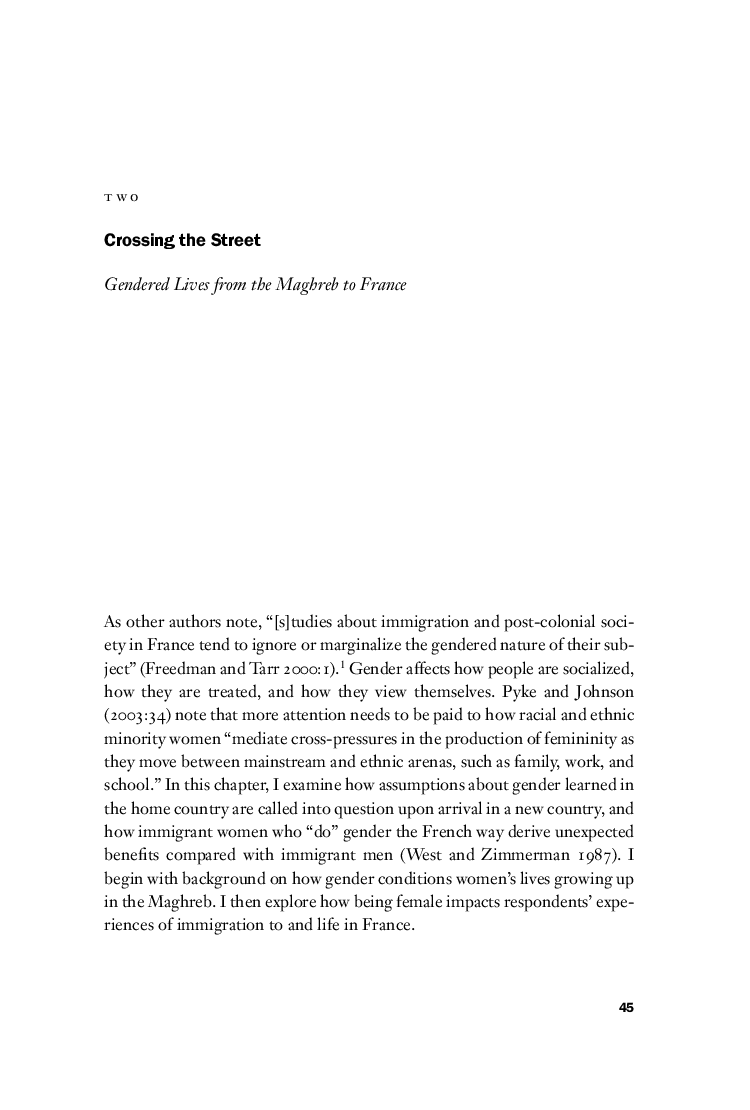 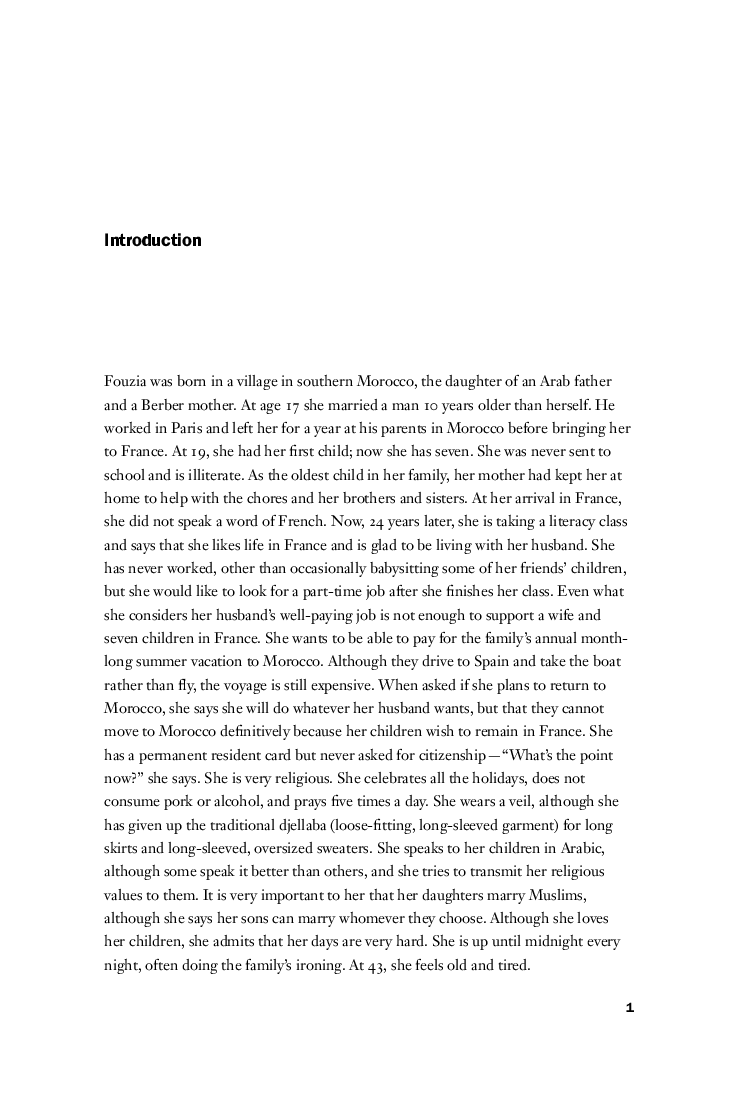 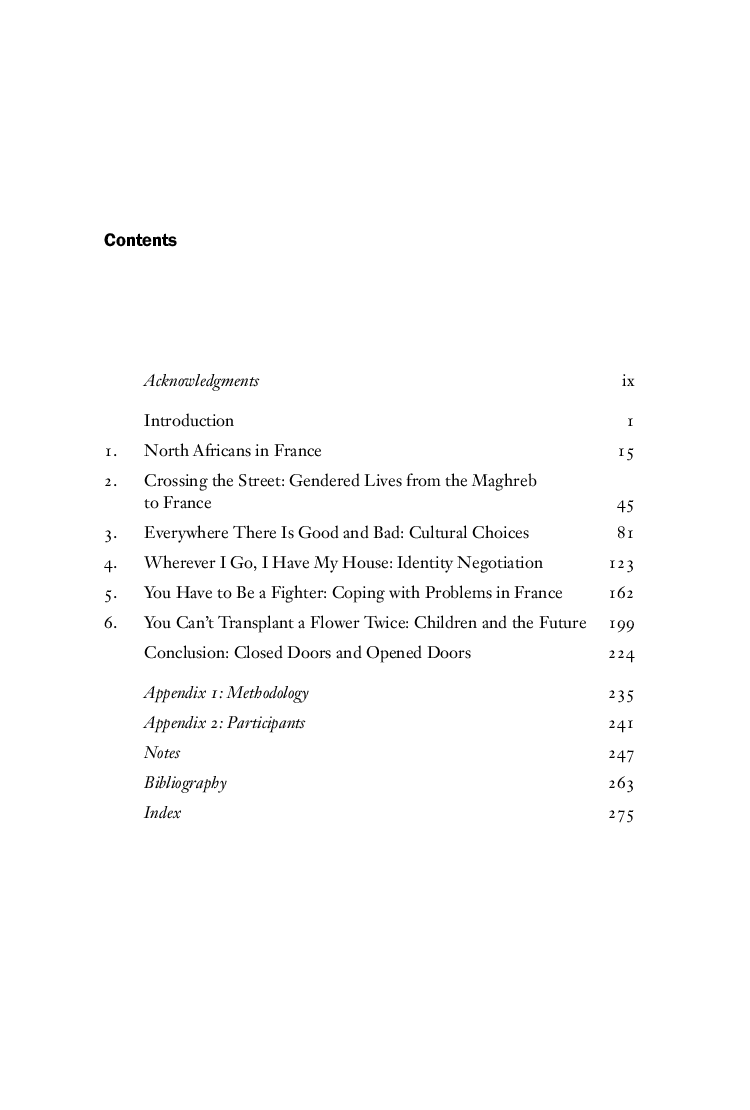