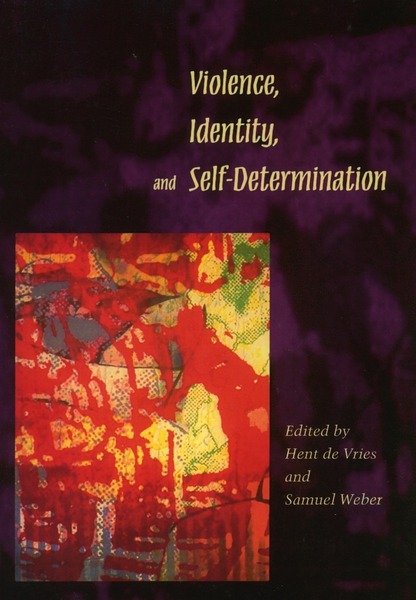 With the collapse of the bipolar system of global rivalry that dominated world politics after the Second World War, and in an age that is seeing the return of "ethnic cleansing" and "identity politics," the question of violence, in all of its multiple ramifications, imposes itself with renewed urgency. Rather than concentrating on the socioeconomic or political backgrounds of these historical changes, the contributors to this volume rethink the concept of violence, both in itself and in relation to the formation and transformation of identities, whether individual or collective, political or cultural, religious or secular. In particular, they subject the notion of self-determination to stringent scrutiny: is it to be understood as a value that excludes violence, in principle if not always in practice? Or is its relation to violence more complex and, perhaps, more sinister?

Reconsideration of the concepts, the practice, and even the critique of violence requires an exploration of the implications and limitations of the more familiar interpretations of the terms that have dominated in the history of Western thought. To this end, the nineteen contributors address the concept of violence from a variety of perspectives in relation to different forms of cultural representation, and not in Western culture alone; in literature and the arts, as well as in society and politics; in philosophical discourse, psychoanalytic theory, and so-called juridical ideology, as well as in colonial and post-colonial practices and power relations.

Hent de Vries holds the Chair of Metaphysics and its History in the Department of Philosophy of the Faculty of Humanities at the University of Amsterdam, and is Professor of Modern European Thought in the Humanities Center of the School of Arts and Sciences at The Johns Hopkins University.