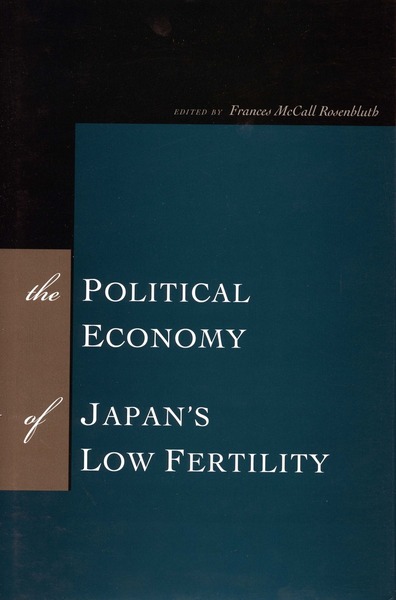 This book takes an interdisciplinary approach to one of Japan's thorniest public policy issues: why are women increasingly forgoing motherhood? At the heart of the matter lies a paradox: although the overall trend among rich countries is for fertility to decrease as female labor participation increases, gender-friendly countries resist the trend. Conversely, gender-unfriendly countries have lower fertility rates than they would have if they changed their labor markets to encourage the hiring of women—and therein lies Japan's problem. The authors argue that the combination of an inhospitable labor market for women and insufficient support for childcare pushes women toward working harder to promote their careers, to the detriment of childbearing. Controversial and enlightening, this book provides policy recommendations for solving not just Japan's fertility issue but those of other modern democracies facing a similar crisis.

Frances McCall Rosenbluth is Professor of Political Science and Director of the Leitner Program in Political Economy at Yale University. Her recent publications include The Politics of Oligarchy: Institutional Choice in Prewar Japan (1995); and Japan's Political Marketplace (1993).

"The Political Economy of Japan's Low Fertility is that most desirable sort of edited volume: a compact, tightly focused, and accessible collection of investigations into a problem that is compelling across a range of subject areas... [It] does a clean and thoughtful job of applying political economy models to explaining why it makes sense for Japanese women to opt out of childbearing. The book's heavy emphasis on rational-actor explanations and the persistent use of comparative cases from Europe and the United States encourage readers to see Japan's fertility rate as a complicated and yet understandable phenomenon to which there might well be an effective policy response."

"Extremely rich, both conceptually and empirically, [The Political Economy of Japan's Low Fertility] provides readers with a detailed, sophisticated account of factors that explain Japan's record low fertility, with some chapters contributing rigorous and pertinent international comparisons. Taking a feminist stance, the editor and authors of this book suggest that having children in Japan means that women often lose their economic independence, along with the satisfaction and benefits of a career; hence, many women have no choice but to forego motherhood altogether... By including comparative analyses with North America and Europe, the volume literally provides a framework for a political economy of low fertility in all countries that are dealing with prolonged below-replacement fertility."

"[The Political Economy of Japan's Low Fertility] provides rich, multidisciplinary insight into the work-family nexus in the only non-Western country to have had below-replacement-level fertility for more than a generation. Each chapter stands on its own, but the book is best read by starting at the beginning and going to the end."

"This book does a great job of explaining Japan's fertility conundrum in comparative context...the book is a valuable contribution to our understanding of how gender inequality in the labor market functions to dampen fertility and keep women in the economically vulnerable position." 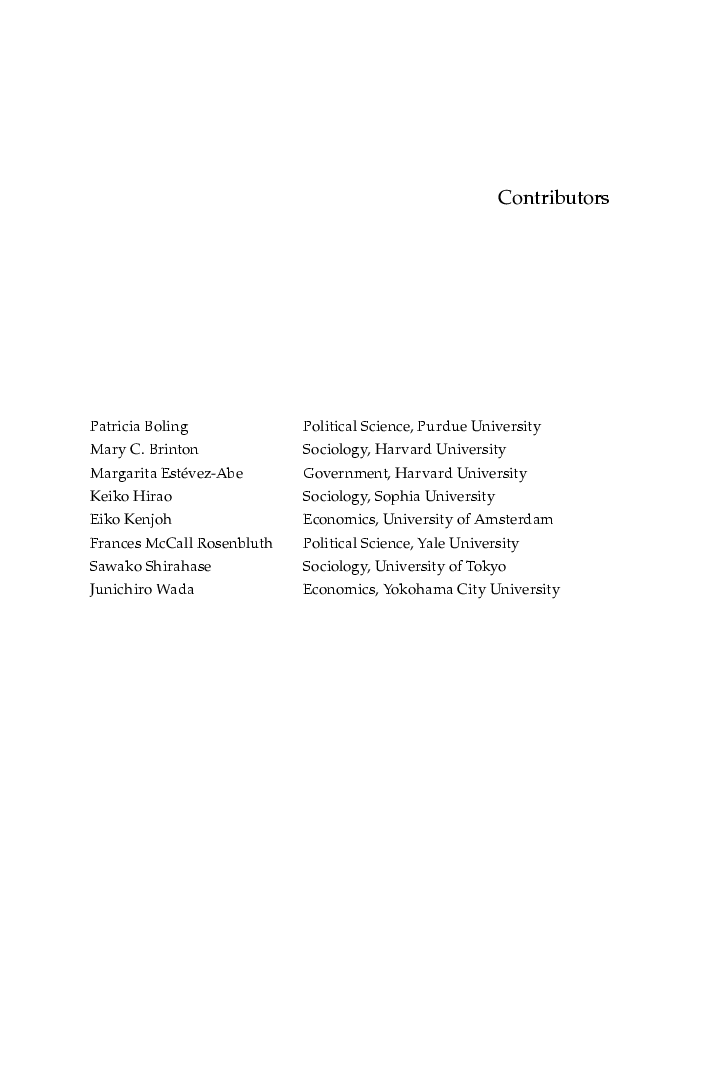 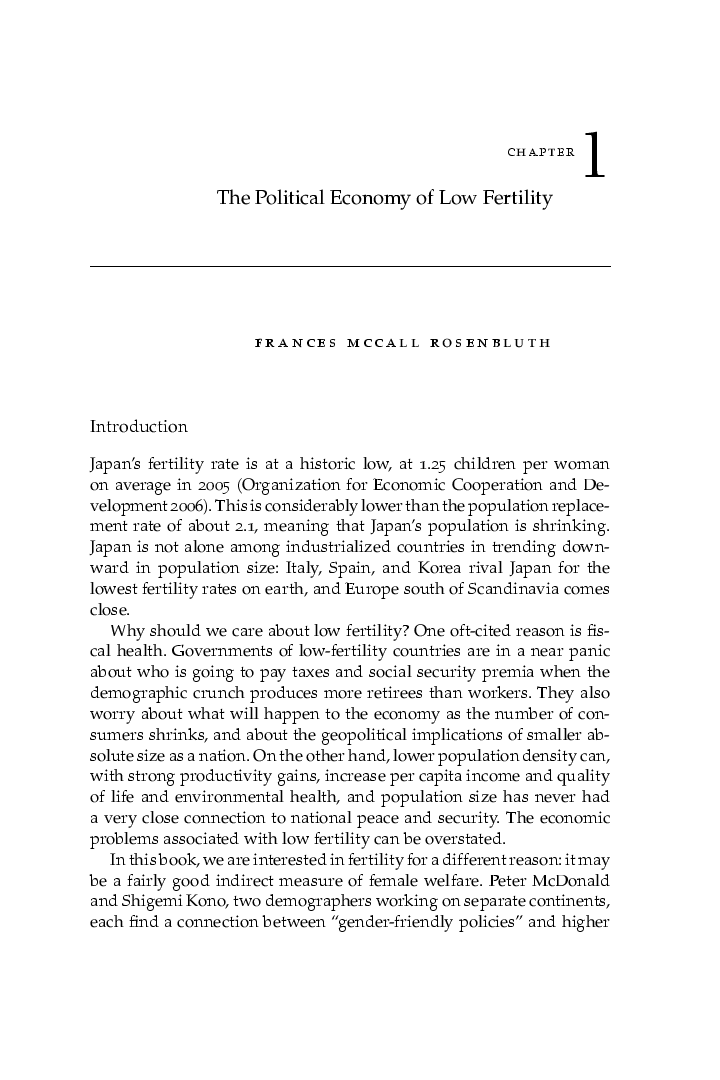 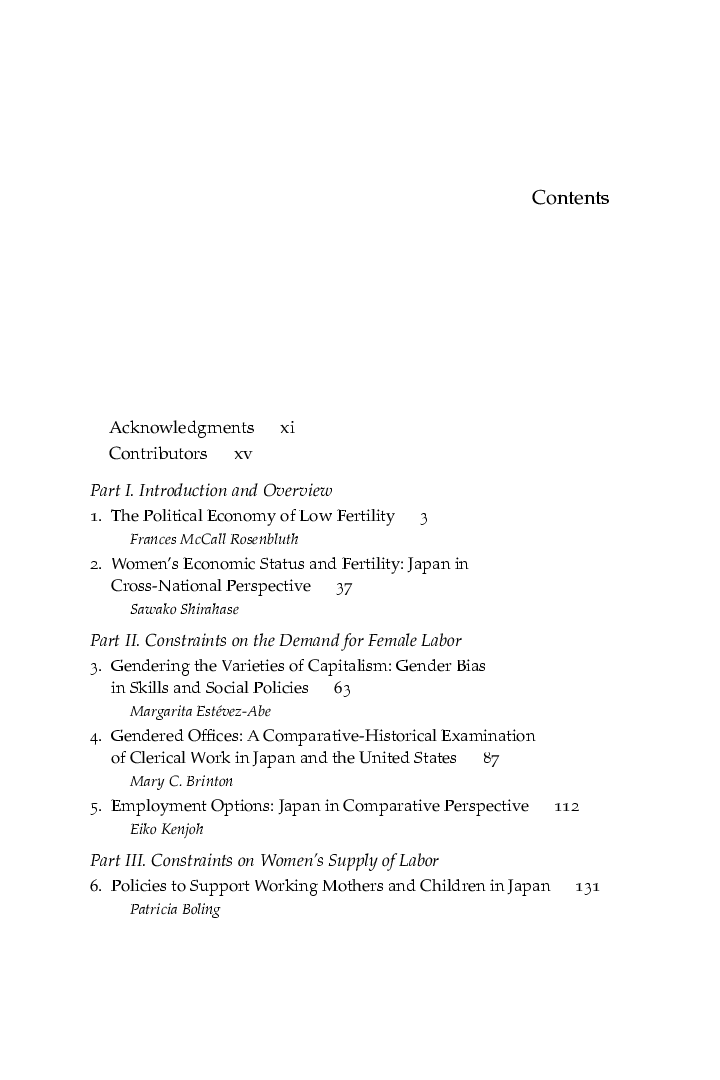