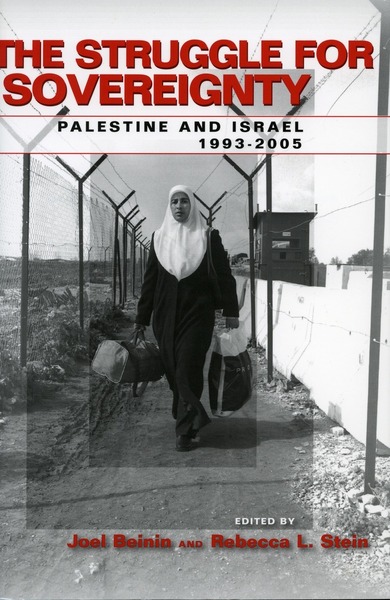 The Struggle for Sovereignty
Palestine and Israel, 1993-2005
Edited by Joel Beinin and Rebecca L. Stein
SERIES: Stanford Studies in Middle Eastern and Islamic Societies and Cultures

After the 1993 Oslo Accords people across the world anticipated the onset of peace and an end to the Palestinian-Israeli conflict. For Israelis, the Accords generated massive economic growth and a sense of security. For Palestinians in the West Bank and the Gaza Strip, they led to a dramatic rise in poverty and unemployment due to a complex array of closures, militarized checkpoints, and bypass roads, and a vast expansion of the settlement project that fractured Palestinian territories and communities. In 2000 popular Palestinian rage with the new shape of the Israeli occupation erupted in a second uprising or intifada.

In this volume, prominent scholars and journalists examine the dramatic political changes in Palestine and Israel from the Oslo Accords through the second intifada and the death of Yasser Arafat. Their essays address the political economy of the Oslo process, social and political changes in Palestine and Israel, United States foreign policy, social movements and political activism, and the interplay between cultural and political-economic processes. The volume also includes documents, maps, poetry, and graphic art.

Joel Beinin is Professor of Middle East History at Stanford University. His most recent book is Workers and Peasants in the Modern Middle East (2000). Rebecca L. Stein is Assistant Professor of Cultural Anthropology at Duke University. She is the coeditor of Palestine, Israel, and the Politics of Popular Culture (2005). 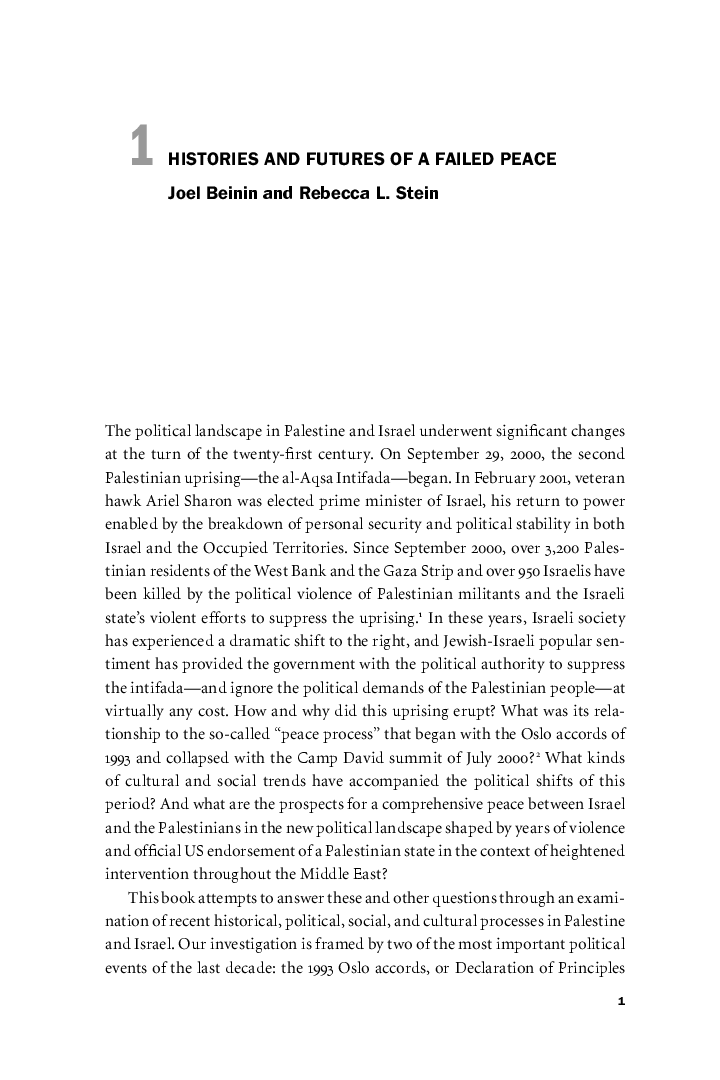 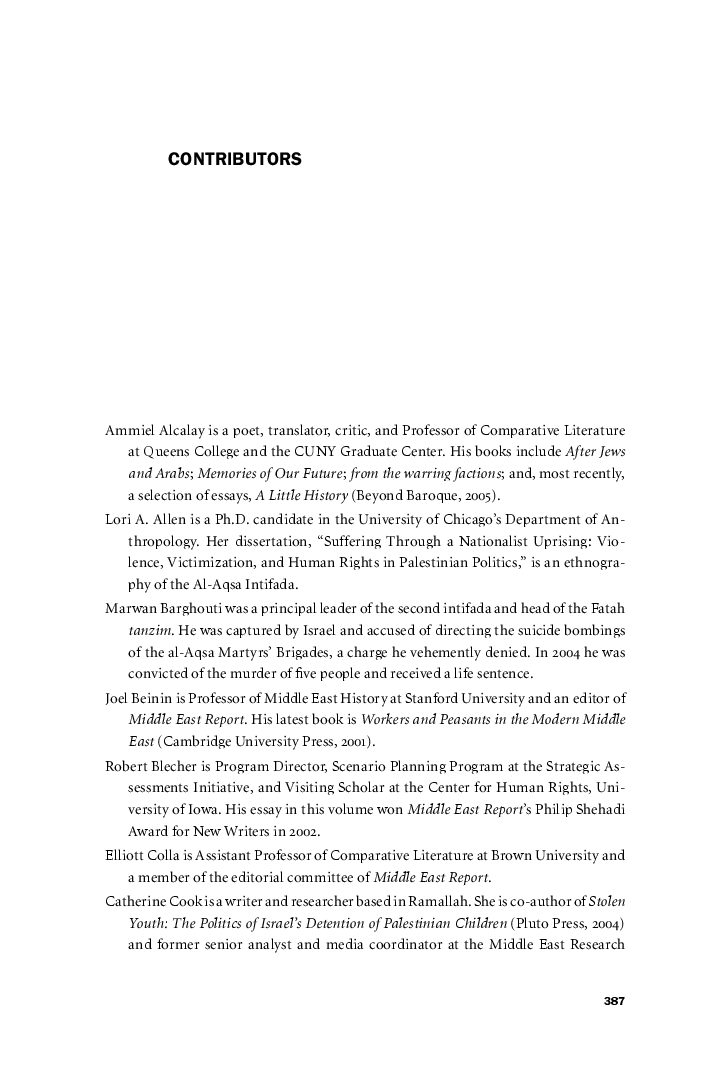 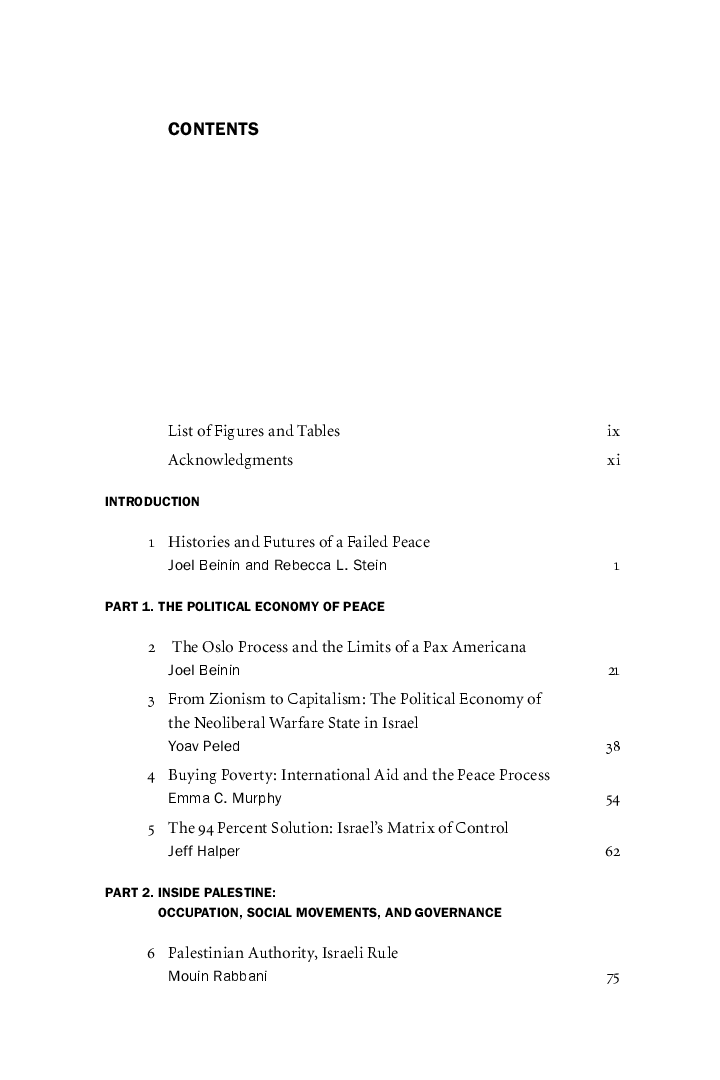