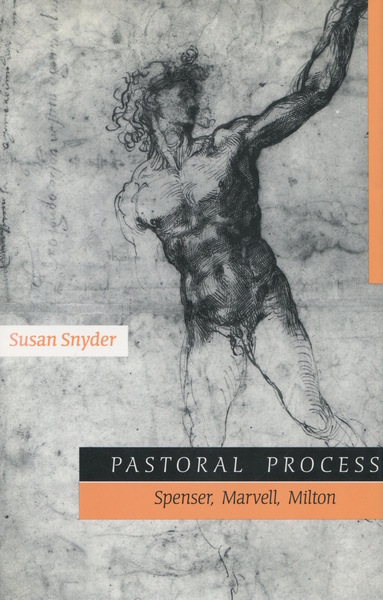 Pastoral Process draws a basic distinction between two aspects of the pastoral ideal: the Arcadian pastoral, which locates the unspoiled paradise in space, apart from the complexities of city and court, and finds it accessible for limited periods of recuperation and reorientation; and the Golden Age mode, which locates the ideal pastoral life in time gone by, always already lost as soon as it is apprehended as paradise.

The author's central aim is an archaeology of the nostalgia-based pastoral of the vanished Golden Age. On the surface level, her close readings of certain Renaissance poems and sequences—Spenser's Shepheardes Calender, Marvell's Mower poems, and Milton's Lycidas—clarify "pastoral process": the dislocating transition from innocence to experience, from secure centeredness in a comfortable, self-mirroring world to a new condition of division, displacement, and alienation. The advent of individuation and sexual desire, and the internalization of undirectional time and universal death, transform the pastoral paradise into a wasteland or leave the newly self-conscious protagonist outside his former idyll, looking in.

Excavation beneath these initial readings uncovers the master myth of Eden that informs them, as well as parallel narratives of loss such as the various accounts of the Golden Age or the tale in Plato's Symposium of beings fallen from original wholeness into fragmentation and lack. Ramifications of the master myth include Christian and Jewish commentaries that helped shape traditional understandings of the story, and especially the subversive tradition that persisted, against the strong tide of orthodox interpretation, in reading the Fall of Man in terms of childhood wholeness breaking down in the wake of sexual knowledge and the burden of full, separated consciousness.

Below the poetic utterances and the shaping myths lies the deeper archaeological stratum of the unconscious and the mechanisms that construct, always retrospectively and often counterfactually, a blissful childhood. Beyond Freud's own theories, later offshoots and reworkings of his psychology are invoked to explore psychological experiences and needs that inform both myths and poems: Jung, the developmental psychologists, and especially Lacan. The study concludes by returning to the surface to consider the pastoral impulse in historical terms, as a defining moment in the careers of Spenser, Marvell, and Milton and as a special urgency in the early modern times they inhabited.

“This is a powerful, original study, one that richly and often movingly combines simplicity with depth, clarity with complexity. . . . Snyder’s deep and broad erudition is everywhere evident, yet never on display.” —Harry Berger, Jr., University of California, Santa Cruz.