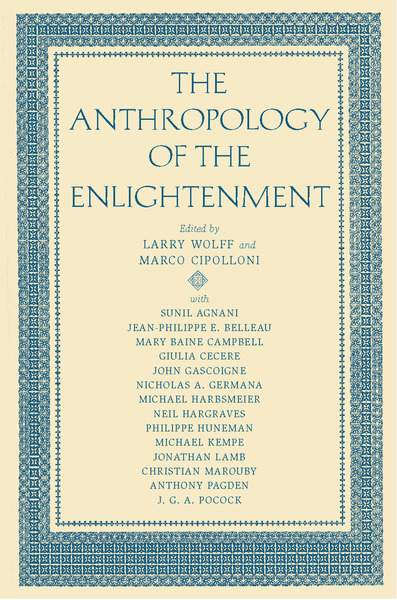 The modern enterprise of anthropology, with all of its important implications for cross-cultural perceptions, perspectives, and self-consciousness emerged from the eighteenth-century intellectual context of the Enlightenment. If the Renaissance discovered perspective in art, it was the Enlightenment that articulated and explored the problem of perspective in viewing history, culture, and society. If the Renaissance was the age of oceanic discovery—most dramatically the discovery of the New World of America—the critical reflections of the Enlightenment brought about an intellectual rediscovery of the New World and thus laid the foundations for modern anthropology. The contributions that constitute this book present the multiple anthropological facets of the Enlightenment, and suggest that the character of its intellectual engagements—acknowledging global diversity, interpreting human societies, and bridging cultural difference—must be understood as a whole to be fundamentally anthropological.

"Editors Wolff and Cipolloni offer a fascinating collection of contemporary, interdisciplinary, and international perspectives on the 'subject' and 'other' dynamic and its role in the formation of European intellectual history and historiography Wolff gives and in-depth intellectual history of anthropology; Cipolloni concludes with a marvelous discussion of protoanthropology and Euro-American encounters This is an astonishing roundtable of 'worlds' and 'words.'"

"This lucidly written, superbly proof-read, thoroughly documented, and thought-provoking collection of essays deserves the attention of scholars, graduate students, and upper-level undergraduates in a wide range of disciplines." 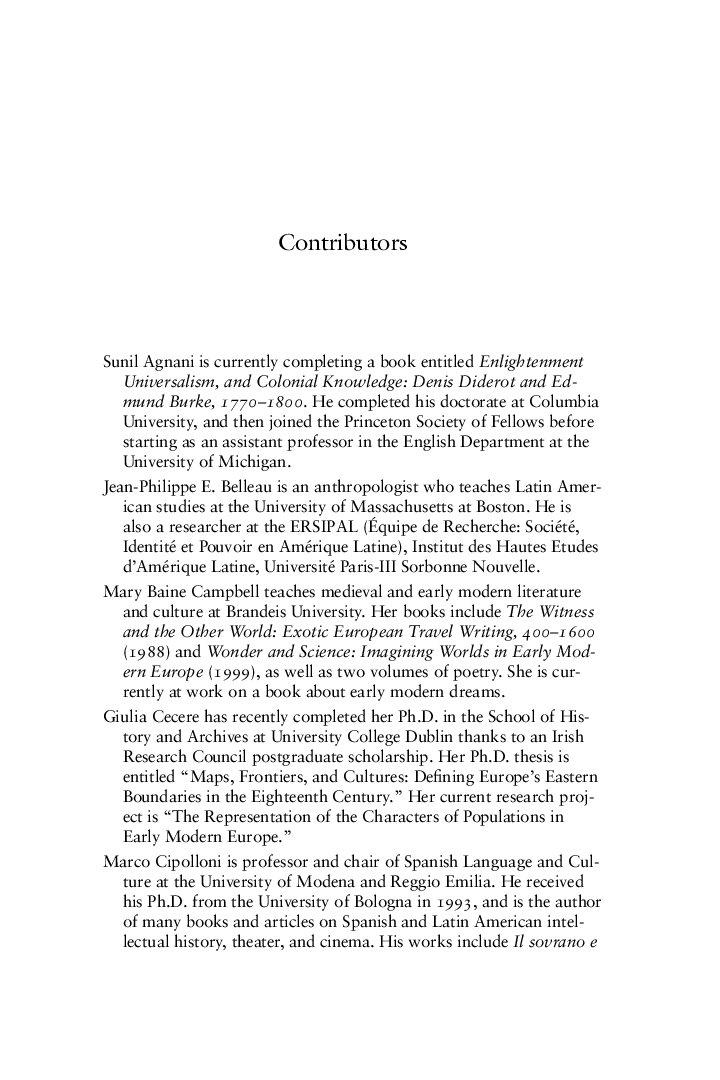 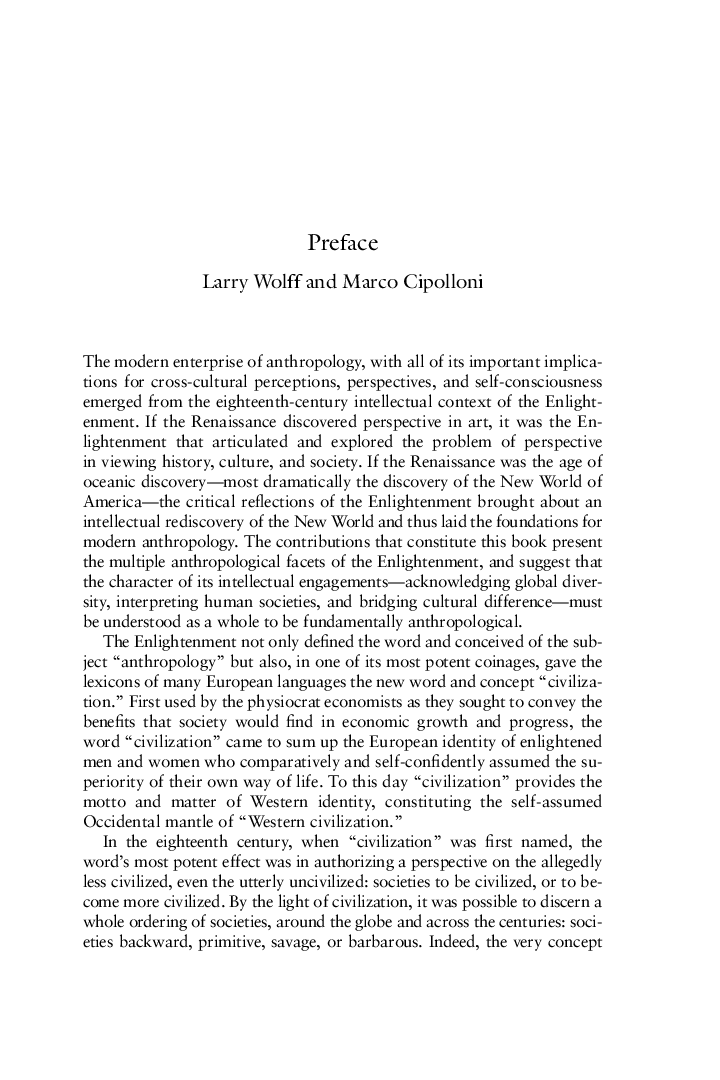 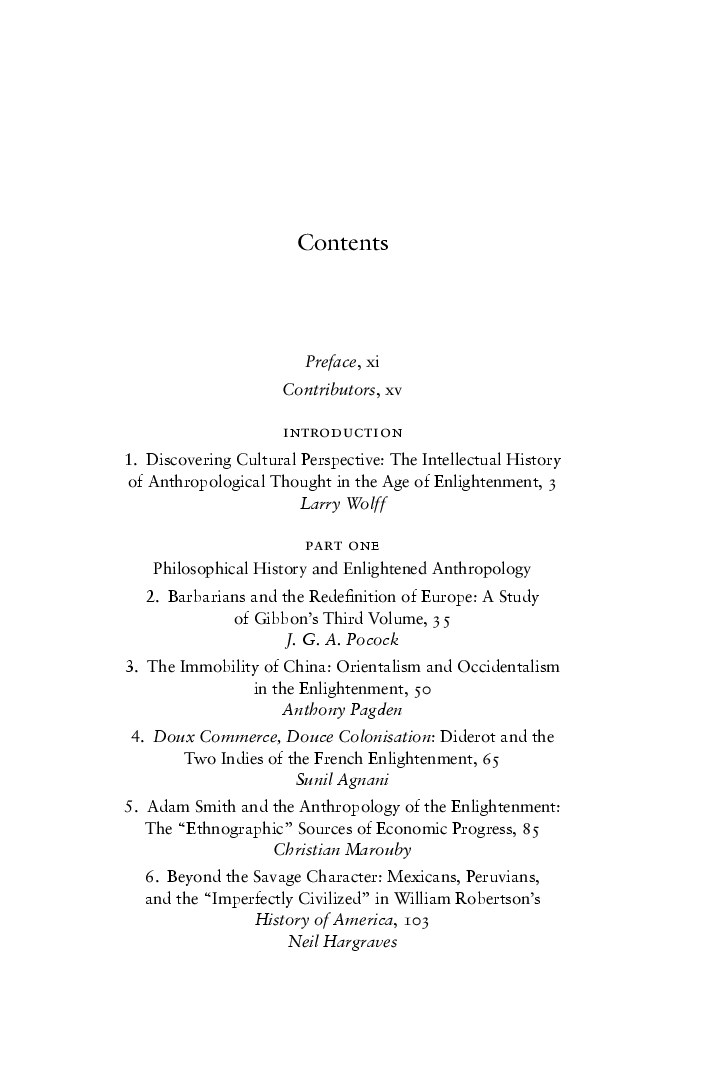