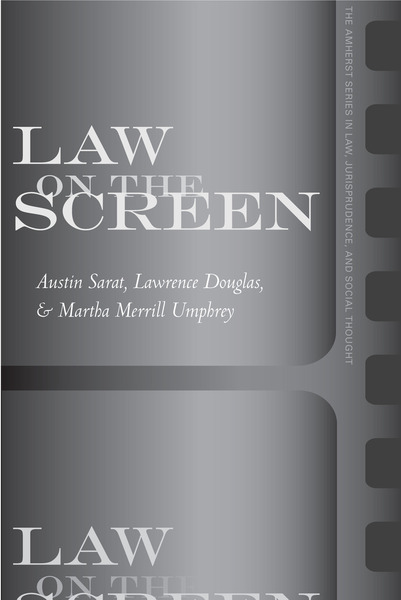 The proliferation of images of law, legal processes, and officials on television and in film is a phenomenon of enormous significance. Mass-mediated images are as powerful, pervasive, and important as are other early twenty-first-century social forces—e.g. globalization, neo-colonialism, and human rights—in shaping and transforming legal life. Yet scholars have only recently begun to examine how law works in this new arena and to explore the consequences of the representation of law in the moving image. Law on the Screen advances our understanding of the connection between law and film by analyzing them as narrative forms, examining film for its jurisprudential content—that is, its ways of critiquing the present legal world and imagining an alternative one—and expanding studies of the representation of law in film to include questions of reception.

"The great strength of Law on the Screen lies in its insightful jurisprudential readings of films previously unconsidered by law and film scholars, as well as its innovative focus on reception. This collection offers a sophisticated and challenging analysis of filmic representations of law, making it a very welcome contribution to the emerging field of law and film studies. These essays represent a real coming of age of law and film scholarship."

"This collection will serve as a highly relevant and timely introduction to the kinds of nuanced and thoughtful analyses that can be generated in the study of the relationship between law and film. For those more familiar with cultural studies and analyses of law and film, the volume presents essays that approach the area in stimulatingly diverse ways, raising new questions about law, the legal institution, and cultural representations of law and justice."