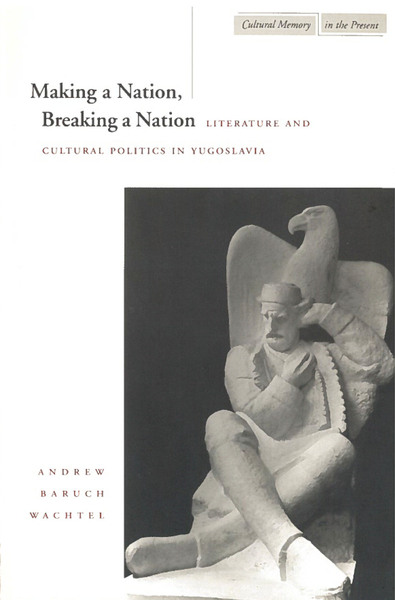 This book focuses on the cultural processes by which the idea of a Yugoslav nation was developed and on the reasons that this idea ultimately failed to bind the South Slavs into a viable nation and state. The author argues that the collapse of multinational Yugoslavia and the establishment of separate uninational states did not result from the breakdown of the political or economic fabric of the Yugoslav state; rather, that breakdown itself sprang from the destruction of the concept of a Yugoslav nation. Had such a concept been retained, a collapse of political authority would have been followed by the eventual reconstitution of a Yugoslav state, as happened after World War II, rather than the creation of separate nation-states.

Because the author emphasizes nation building rather than state building, the causes and evidence he cites for Yugoslavia’s collapse differ markedly from those that have previously been put forward. He concentrates on culture and cultural politics in the South Slavic lands from the mid-nineteenth century to the present in order to delineate those ideological mechanisms that helped lay the foundation for the formation of a Yugoslav nation in the first place, sustained the nation during its approximately seventy-year existence, and led to its dissolution.

The book describes the evolution of the idea of Yugoslav national unity in four major areas: linguistic policies geared to creating a shared national language, the promulgation of a Yugoslav literary and artistic canon, an educational policy that emphasized the teaching of literature and history in schools, and the production of new literary and artistic works incorporating a Yugoslav view.

In the book’s conclusion, the author discusses the relevance of the Yugoslav case for other parts of the world, considering whether the triumph of particularist nationalism is inevitable in multinational states.

Andrew Baruch Wachtel is Professor of Slavic Languages and Literatures at Northwestern University. He is the author, most recently, of An Obsession with History: Russian Writers Confront the Past (Stanford, 1994).

“Discussing the rise and fall of Yugoslavia from a cultural point of view, that is, how the culture(s) of the country contributed to its formation and to its dissolution, this book leads to an entirely new and more accurate understanding of the tragedy of Yugoslavia.” —Vasa Mihailovich, University of North Carolina