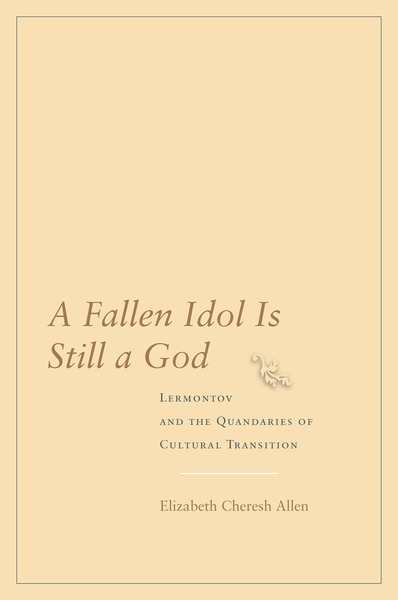 A Fallen Idol Is Still a God elucidates the historical distinctiveness and significance of the seminal nineteenth-century Russian poet, playwright, and novelist Mikhail Iurevich Lermontov (1814-1841). It does so by demonstrating that Lermontov's works illustrate the condition of living in an epoch of transition. Lermontov's particular epoch was that of post-Romanticism, a time when the twilight of Romanticism was dimming but the dawn of Realism had yet to appear. Through close and comparative readings, the book explores the singular metaphysical, psychological, ethical, and aesthetic ambiguities and ambivalences that mark Lermontov's works, and tellingly reflect the transition out of Romanticism and the nature of post-Romanticism. Overall, the book reveals that, although confined to his transitional epoch, Lermontov did not succumb to it; instead, he probed its character and evoked its historical import. And the book concludes that Lermontov's works have resonance for our transitional era in the early twenty-first century as well.

Elizabeth Cheresh Allen is Professor of Russian and Comparative Literature at Bryn Mawr College; she is also Chair of the Department of Russian and Co-chair of the Bryn Mawr-Haverford Program in Comparative Literature. She is author of Beyond Realism: Turgenev's Poetics of Secular Salvation (1992), editor of The Essential Turgenev (1994), and coeditor of Freedom and Responsibility in Russian Literature (1995).

"This is a most impressive and elegantly written book. A Fallen Idol Is Still a God is a wonderfully mature, insightful, and carefully thought-out study of Lermontov's texts and place in literary history. Specifically, it surpasses earlier studies in the precision and originality of its treatment of Lermontov's Romanticism."

"How does one describe a cultural period between two epochs without saying, anachronistically, that things were tending towards where they wound up going? Can one describe the sense that one has outlived one set of practices and visions but not yet arrived at an alternative? Developing her own model of transitional periods, Allen shows how to describe a prominent writer's creative efforts when his fallen idol is still a god. In the process, she offers a compelling portrait of Lermontov, brings his works to life in a new way, and demonstrates that some of them are even better than we thought."

"Allen's book is a fine addition to Golstein's and Powelstock's recent Lermontov scholarship, and one hopes that A Fallen Idol will find wide readership." 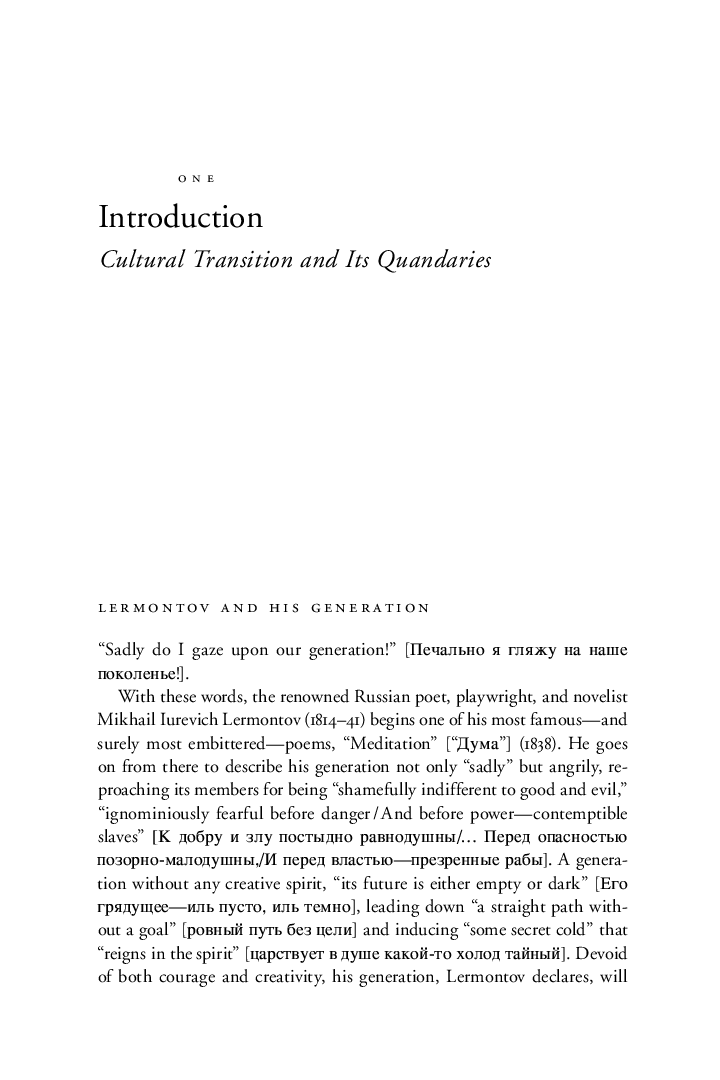 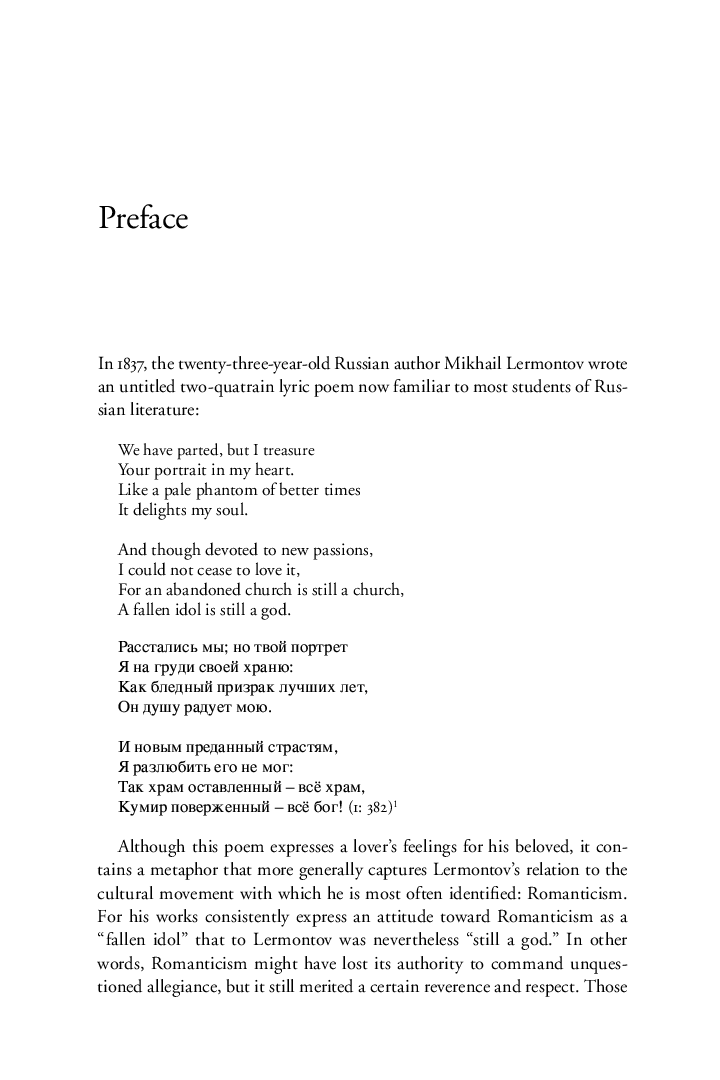 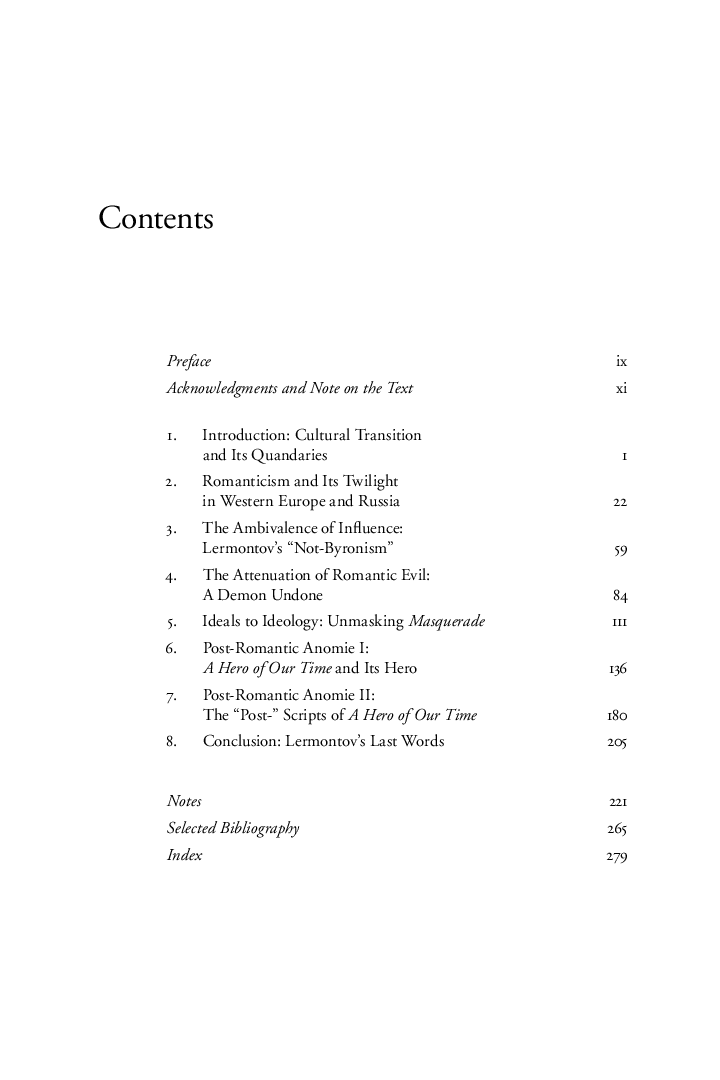