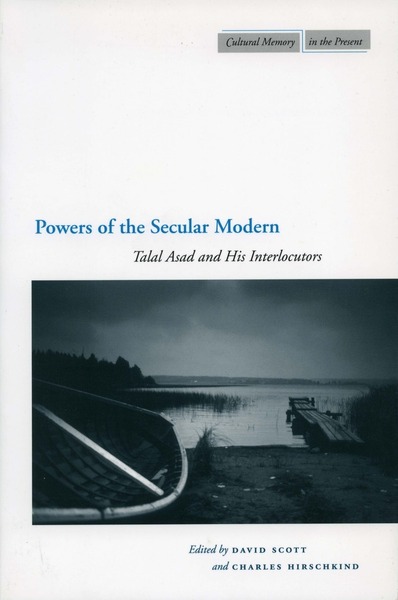 Powers of the Secular Modern
Talal Asad and His Interlocutors
Edited by David Scott and Charles Hirschkind
SERIES: Cultural Memory in the Present

For more than three decades, Talal Asad has been engaged in a distinctive critical exploration of the conceptual assumptions that govern the West’s knowledges—especially its disciplinary and disciplining knowledges—of the non-Western world. The essays that make up this volume treat diverse aspects of this remarkable body of work. Among them: the relationship between colonial power and academic knowledge; the historical shifts giving shape to the complexly interrelated categories of the secular and the religious, and the significance of these shifts in the emergence of modern Europe; and aspects of human embodiment, including some of the various ways that pain, emotion, embodied aptitude, and the senses connect with and structure cultural practices. While the specific themes and arguments addressed by the individual contributors range widely, the essays cohere in a shared orientation of both critical engagement and productive extension. Note that this is not a festschrift, nor a celebratory farewell, but a series of engagements with a thinker whose work is in full spate and deserves to be far better known and understood.

"The nine essays in this powerful book offer students and mentors alike a window into a theoretical and practical arena that is all too regularly ignored today by pundits and exploitative "studies" on Islam and religion in general."

"While centrally about secularization, this volume is much more than that. Asad's work and the essays engaging him here offer nothing short of an anthropology of the modern. Many issues are broached, leaving the reader with a dazzling array of issues to explore. This is interdisciplinary engagement at its best. An invaluable text for scholars and students working across the social sciences." 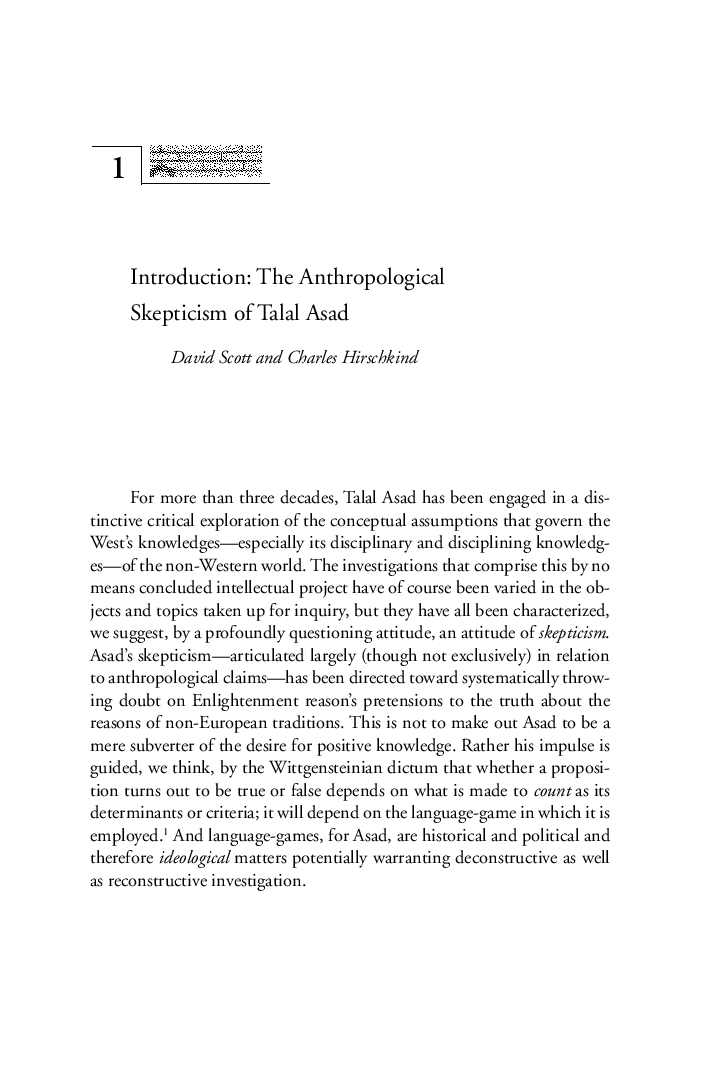 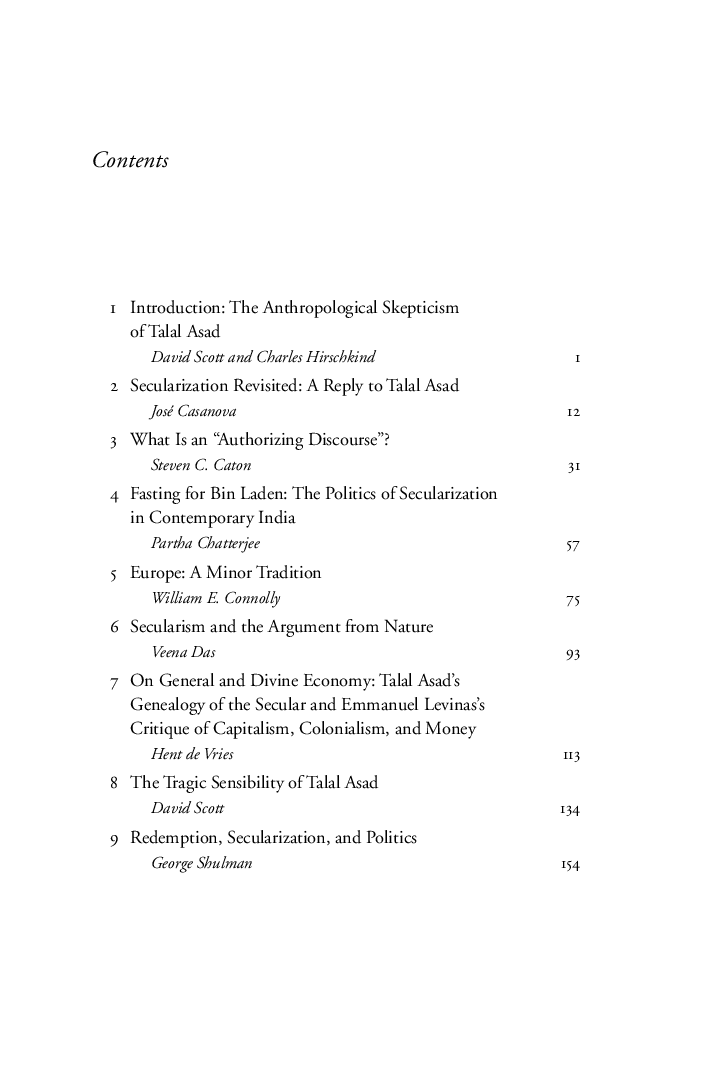