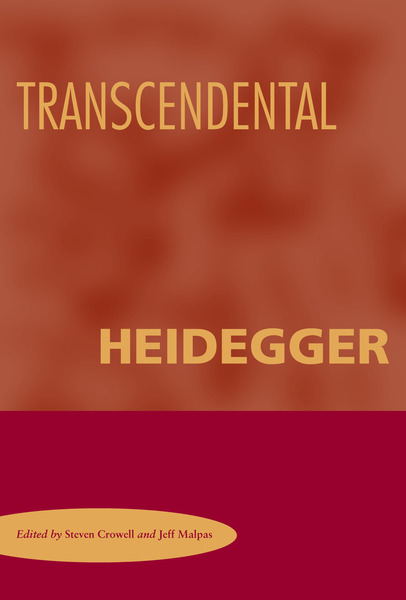 The thirteen essays in this volume represent the most sustained investigation, in any language, of the connections between Heidegger's thought and the tradition of transcendental philosophy inaugurated by Kant. This collection examines Heidegger's stand on central themes of transcendental philosophy: subjectivity, judgment, intentionality, truth, practice, and idealism. Several essays in the volume also explore hitherto hidden connections between Heidegger's later "post-metaphysical" thinking—where he develops a "topological" approach that draws as much upon poetry as upon the philosophical tradition—and the transcendental project of grasping the conditions that make experience of a meaningful world possible. This volume will interest philosophers in the continental tradition, where Heidegger's thought has long had a central role, as well as those many philosophers in the analytic tradition whose own approach to knowledge, semantics, and philosophy of mind traces its roots to Kant.

Steven Crowell is the Mullen Professor of Philosophy and Chair of the Philosophy Department at Rice University. He is the author of Husserl, Heidegger, and the Space of Meaning: Paths toward Transcendental Phenomenology.

Jeff Malpas is Professor of Philosophy at the University of Tasmania, where he is also Director of the Centre for Applied Philosophy and Ethics. He is the author of Place and Experience: A Philosophical Topography.

"Transcendental Heidegger rolls out some of the biggest guns of analytic Heideggerianiam. There are excellent essays by Robert Pippin, Herman Philipse, Mark Okrent, Cristina Lafont, John Jaugeland, Daniel Dahlstron, Steven Crowell and William Blattner . . . This volume will provide readers of Heidegger with a treasure chest of shining gems worthy of careful reading and rereading." 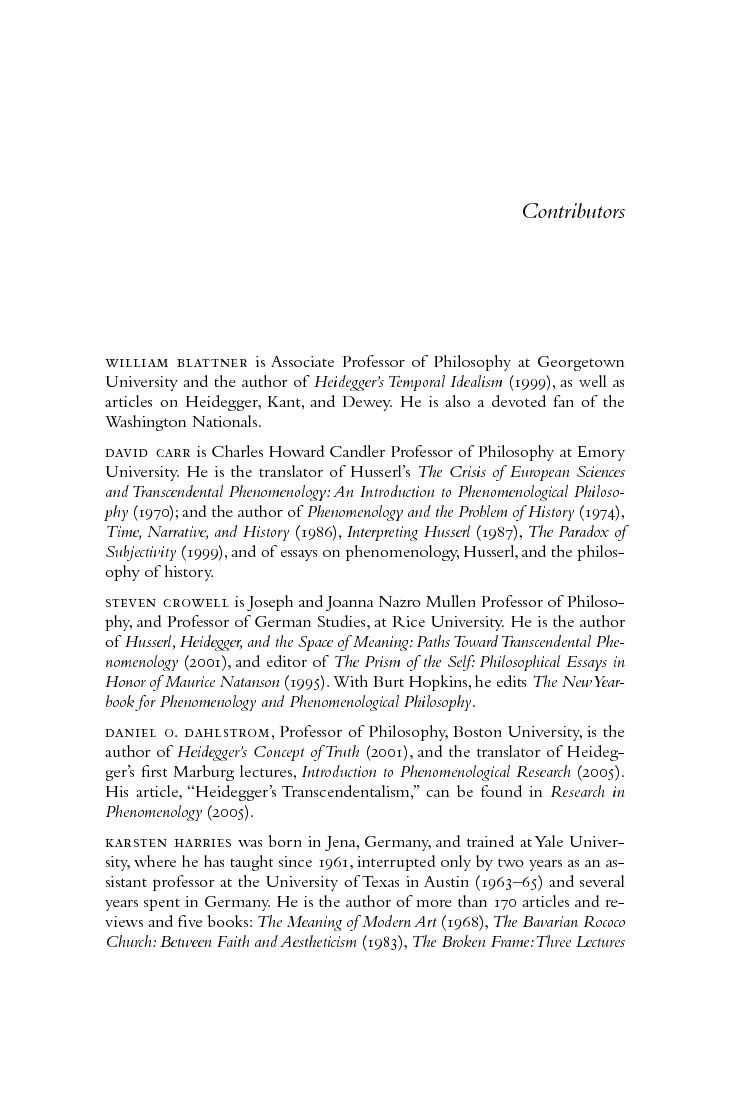 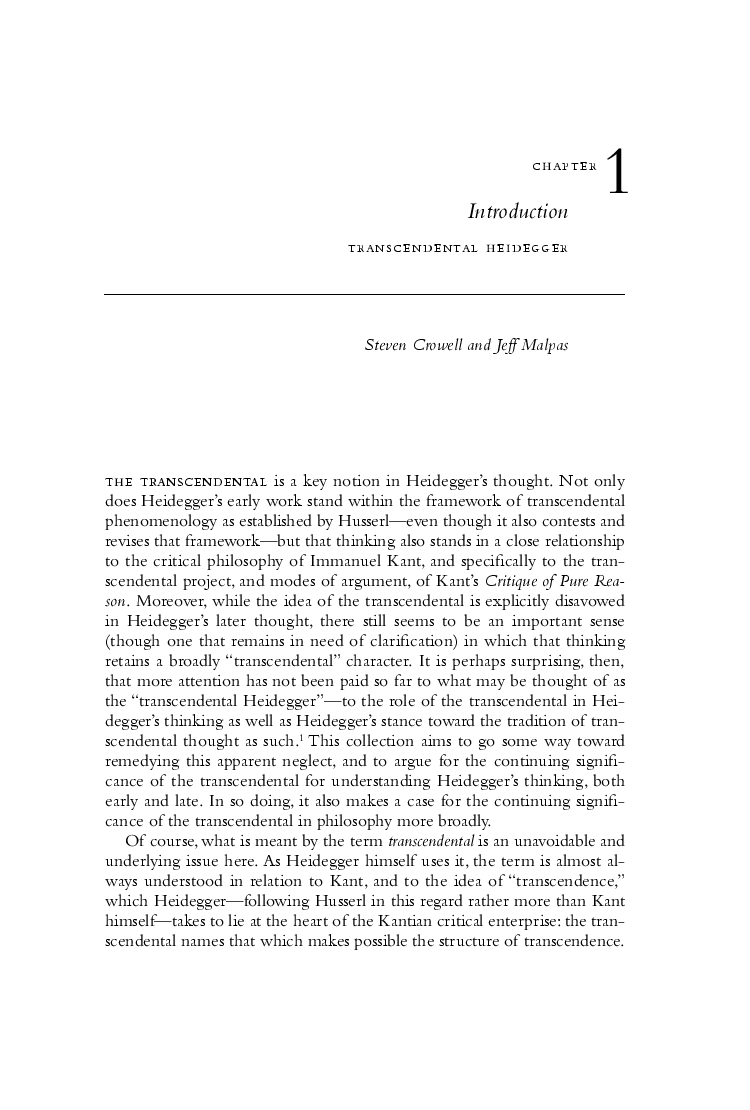 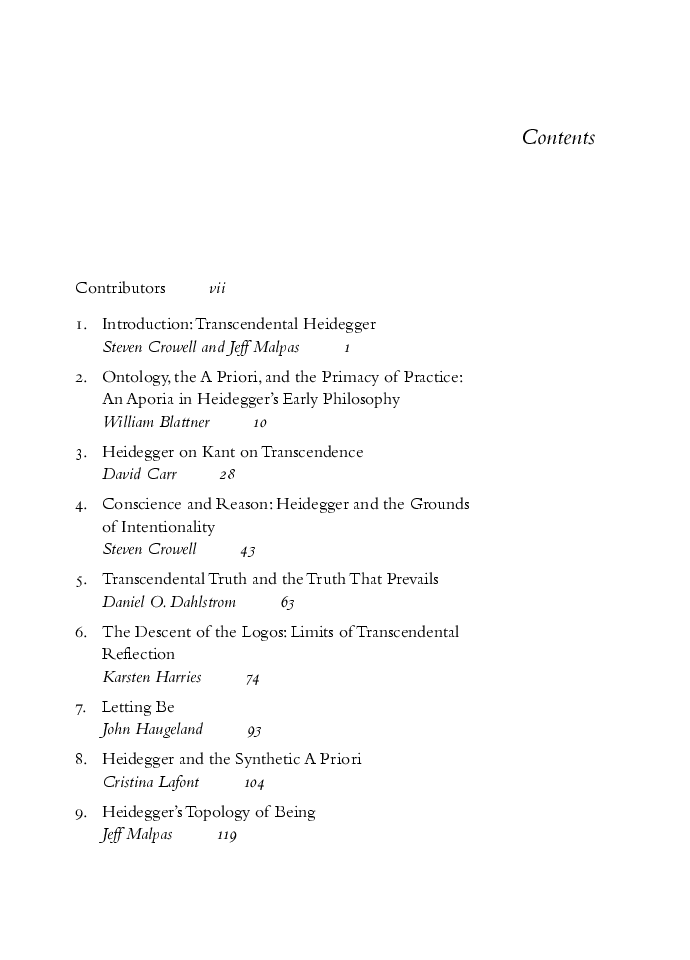