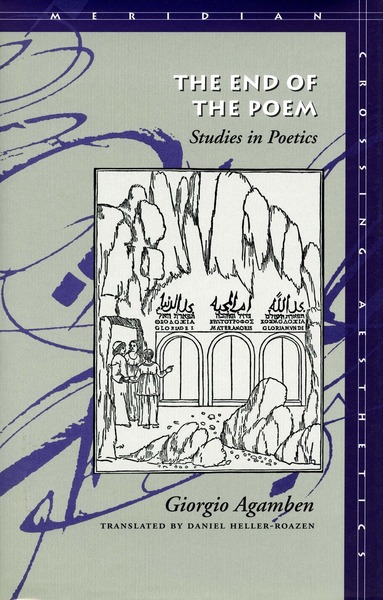 This book, by one of Italy's most important and original contemporary philosophers, represents a broad, general, and ambitious undertaking—nothing less than an attempt to rethink the nature of poetic language and to rearticulate relationships among theology, poetry, and philosophy in a tradition of literature initiated by Dante.

The author presents "literature" as a set of formal or linguistic genres that discuss or develop theological issues at a certain distance from the discourse of theology. This distance begins to appear in Virgil and Ovid, but it becomes decisive in Dante and in his decision to write in the vernacular. His vernacular Italian reaches back through classical allusion to the Latin that was in his day the language of theology, but it does so with a difference. It is no accident that in the Commedia Virgil is Dante's guide.

The book opens with a discussion of just how Dante's poem is a "comedy," and it concludes with a discussion of the "ends of poetry" in a variety of senses: enjambment at the ends of lines, the concluding lines of poems, and the end of poetry as a mode of writing this sort of literature. Of course, to have poetry "end" does not mean that people stop writing it, but that literature passes into a period in which it is concerned with its own ending, with its own bounds and limits, historical and otherwise.

Though most of the essays make specific reference to various authors of the Italian literary tradition (including Dante, Polifilo, Pascoli, Delfini, and Caproni), they transcend the confines of Italian literature and engage several other literary and philosophical authors (Plato, Aristotle, the Stoics, Boethius, the Provençal poets, Mallarmé, and Hölderlin, among others). 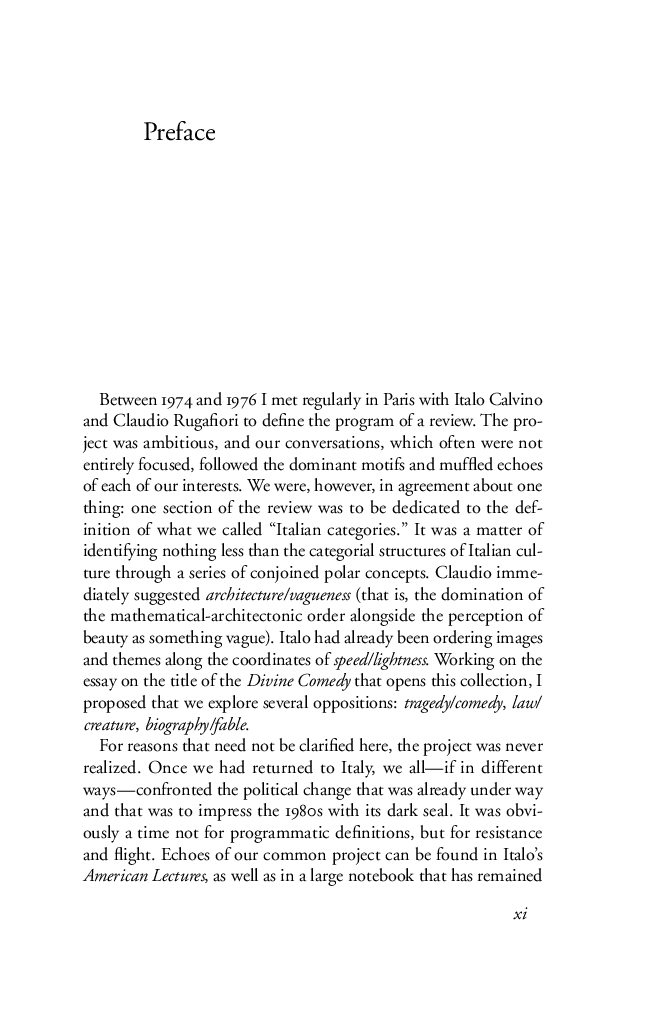 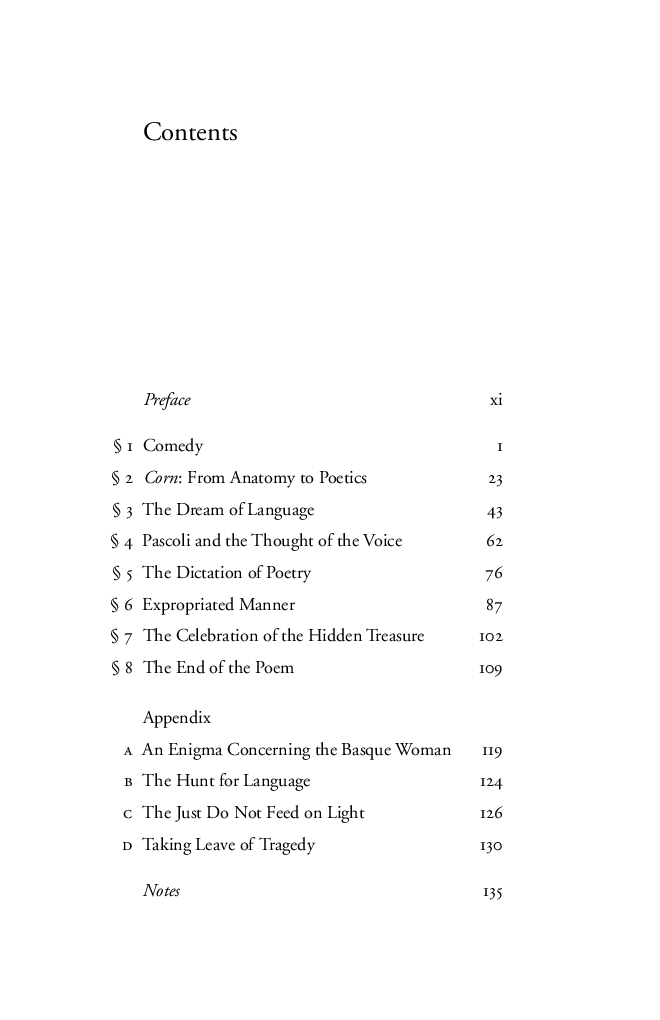