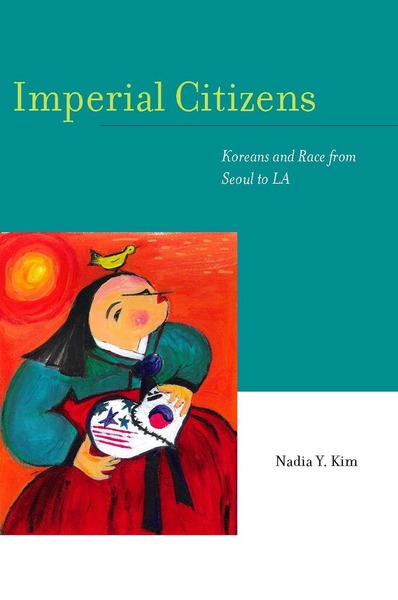 Co-winner of the the 2009 Book of the Year Award, sponsored by the ASA Section on Asia and Asian America.

Winner of the 2009 Oliver Cromwell Cox Award, sponsored by the ASA Section on Racial and Ethnic Minorities.

Asians and Latinos comprise the vast majority of contemporary immigrants to the United States, and their growing presence has complicated America's prevailing White-Black race hierarchy. Imperial Citizens uses a global framework to investigate how Asians from U.S.-dominated homelands learn and understand their place along U.S. color lines. With interviews and ethnographic observations of Koreans, the book does what others rarely do: venture to the immigrants' home country and analyze racism there in relation to racial hierarchies in the United States.

Attentive to history, the book considers the origins, nature, and extent of racial ideas about Koreans/Asians in relation to White and Black Americans, investigating how immigrants engage these ideas before they depart for the United States, as well as after they arrive. The author shows that contemporary globalization involves not just the flow of capital, but also culture. Ideas about American color lines and citizenship lines have crossed oceans alongside U.S. commodities.

"In the process of analyzing Korean and American racial ideologies, Kim uses a well-developed theoretical framework. . . . Kim's research and analysis offers a fresh perspective within the field and provide a strong reminder of the power that keeps 'racial concepts' firmly tied to the structures of superiority justification."

"I cannot overstate the many contributions of this book and its elegant treatment of nuanced arguments at the cutting edge of debates in the study of race, immigration, and globalization . . . In sum, Imperial Citizens is a sophisticated yet accessible book and would be excellent material for undergraduate and graduate courses in studies of immigration, race and ethnicity, and globalization. It is fluidly written, meticulously researched, and convincingly argued."

"Nadia Kim writes cogently and compellingly about Korean and Korean American attitudes, beliefs, and concerns about race, gender, and much more. In providing a transnational and historical perspective, Imperial Citizens is a model of enlightened and engaged scholarship."

"In a compelling analysis of the varied ways that racial categories and racial meanings are formed in both South Korea and the United States, Nadia Kim expands ourunderstanding of how race 'travels.' She demonstrates the global, hegemonic reach of U.S. racial ideology and captures the ways Korean American immigrants position themselves in distinctive racial contexts. Attentive to class, gender, and generational differences, Kim shows us how Korean Americans come to learn, and to resist, dominant patterns of racialization."

"A masterful demonstration of the globalization of white racism! Nadia Kim's interviews with Korean immigrants and their children reveal integral links between U.S. global hegemony and immigration. This book depicts the human tragedy of Korean American hyper-conformity in a nation that perpetuates white supremacy: preference for white beauty leading to plastic surgery; women preferring white men who exoticize or abuse them; and Korean internalization of white-racist attitudes toward Americans of color." 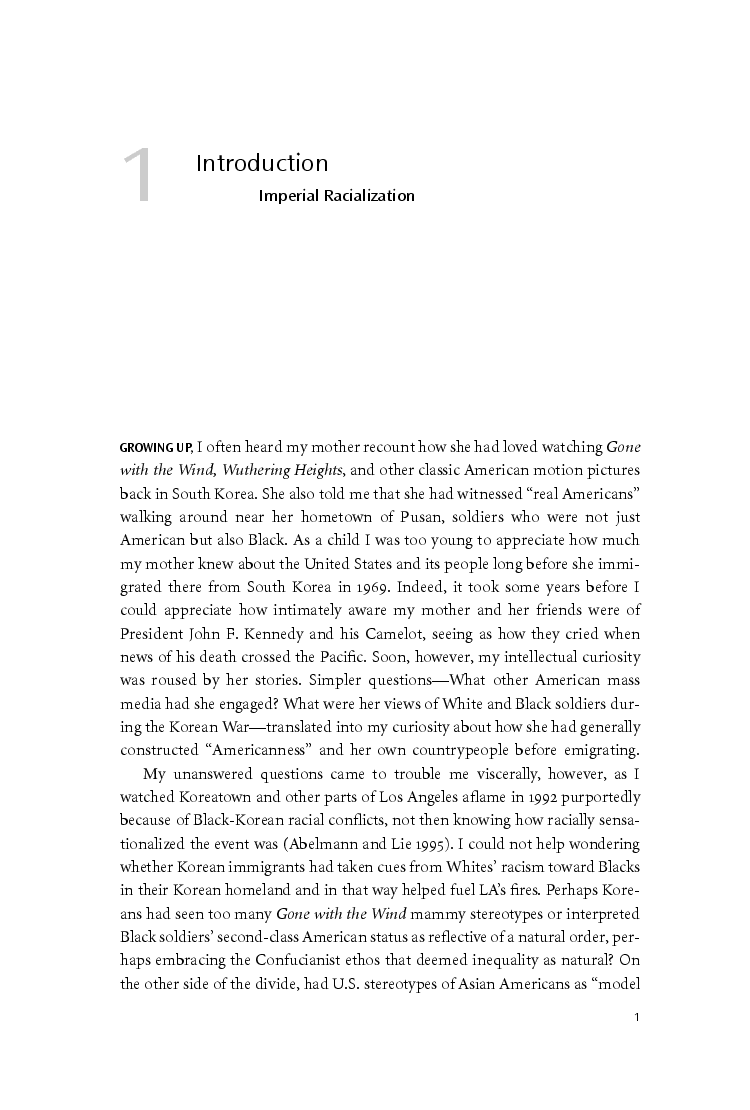 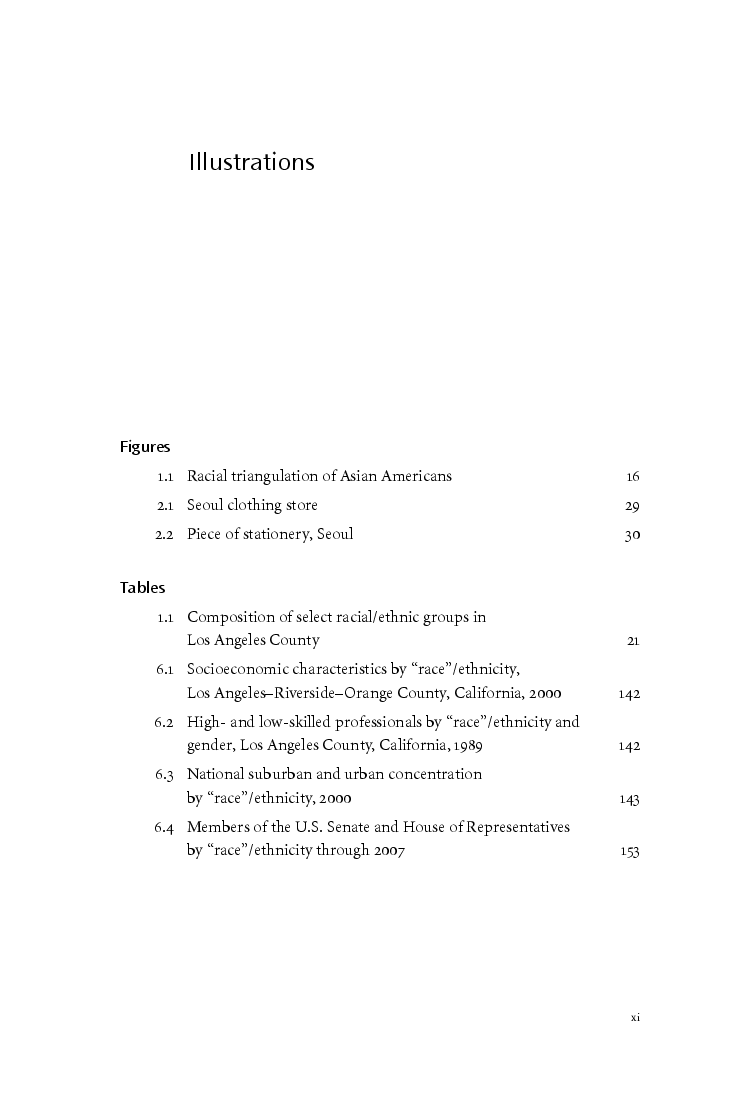 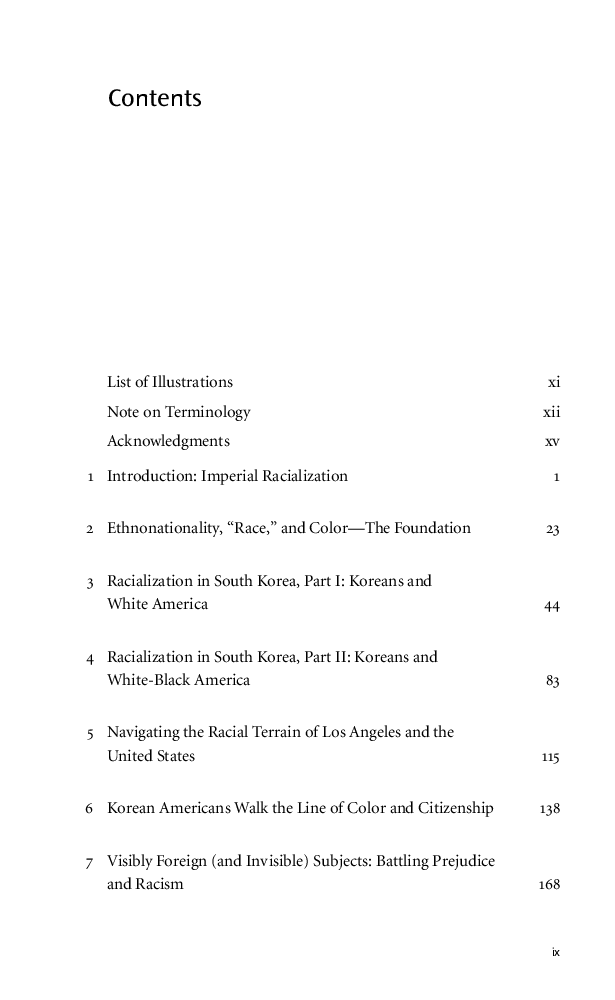