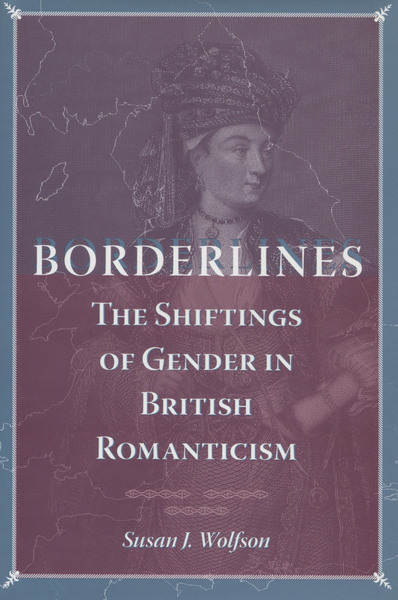 Opening with the revolution-era debates of the 1790s, Borderlines reads Romantic genders across a mobile syntax, tuned to such figures as the stylized "feminine" poetess, the aberrant "masculine" woman, male poets deemed "feminine" or "unmanly," the campy male "effeminate," and hapless or strategic cross-dressers of both sexes. With fresh readings of the works, careers, and volatile receptions of Mary Wollstonecraft, Felicia Hemans, M. J. Jewsbury, Lord Byron, and John Keats, Susan Wolfson shows how senses (and sensations) of gender shape and get shaped by sign systems that prove arbitrary, fluid, and susceptible of lively transformation.

Susan J. Wolfson is also the author of Formal Charges: The Shaping of Poetry in British Romanticism (Stanford, 1997; 1999), awarded Outstanding Book of the Year by the American Conference on Romanticism.

"This year's most important book on gender... Wolfson's prose sparkles, and she refuses to sacrifice her delight in formalist craft to a dogmatic ideological agenda."

"Borderlines is a long-awaited study that takes the gender controversy in Romanticism and Romantic studies in an entirely new and unprecedented direction. It will inflect and inform all future discussions of the crucial and abiding issue that is its focus."

"Indefatigable in examining blurrings of gender lines, . . . this fascinating study will engage mature students of Romanticism and feminist studies. Highly recommended [for] upper-division undergraduates through faculty."

"Susan Wolfson's new book is a major accomplishment. . . . rigorously historical, . . . through the sheer copiousness of her references she is able to make it clear that we have hardly outgrown the problematics of gender. Wolfson is never satisfied with the obvious binaries. These are complicated, as she shows, both by chameleonic definitions of key terms and also by constant transvaluations even where one might expect gender divisions to remain dismally stable. . . . The notes are generous and useful, concluding a book that is likewise generous and useful—not to mention subtle and spritely by turns. . . . subtlety comes both from her skill as a reader and her knowledge of gender theory."

"Wolfson's book is a major work of scholarship that everyone studying Romantic period writing will need to read. It employs no jargon, yet is a formidable book in its sustained attention to detail. Though generous in acknowledging the scholarship of others, Wolfson has trodden her own path entirely: employing her own hybrid brand of formalist and feminist critique, her idiosyncratic and playful use of language and clever way of combining the biographical with textual analysis."

"One of the most significant contributions to the area of general Romanticism this year is Susan J. Wolfson's Borderlines: The Shiftings of Gender in British Romanticism. . . . Wolfson's incisive close readings, her thorough knowledge of the field, and the clarity with which she describes the gender debate in the Romantic period and in Romantic studies itself make Borderlines an exceptional book, and essential reading for anyone interested in the study of Romanticism."

"An important book . . . the distillation of a career of scholarship, teaching, and just plain careful thinking about issues central to British Romanticism. . . . At once critically provocative and a joy to read." 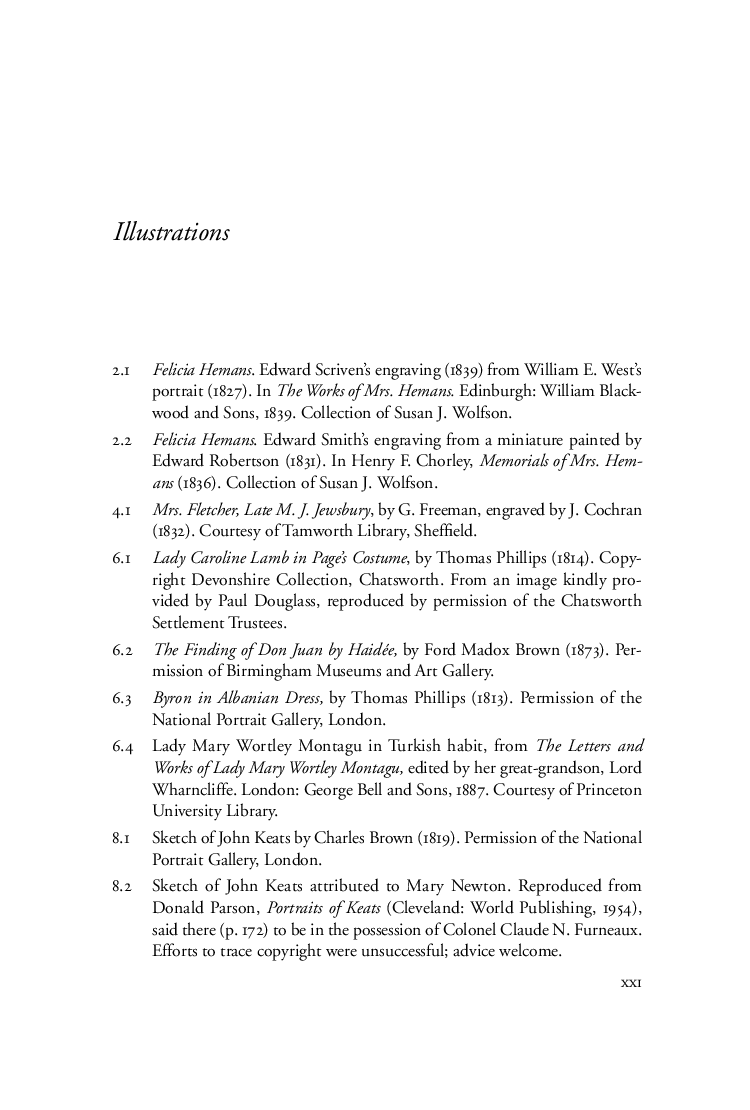 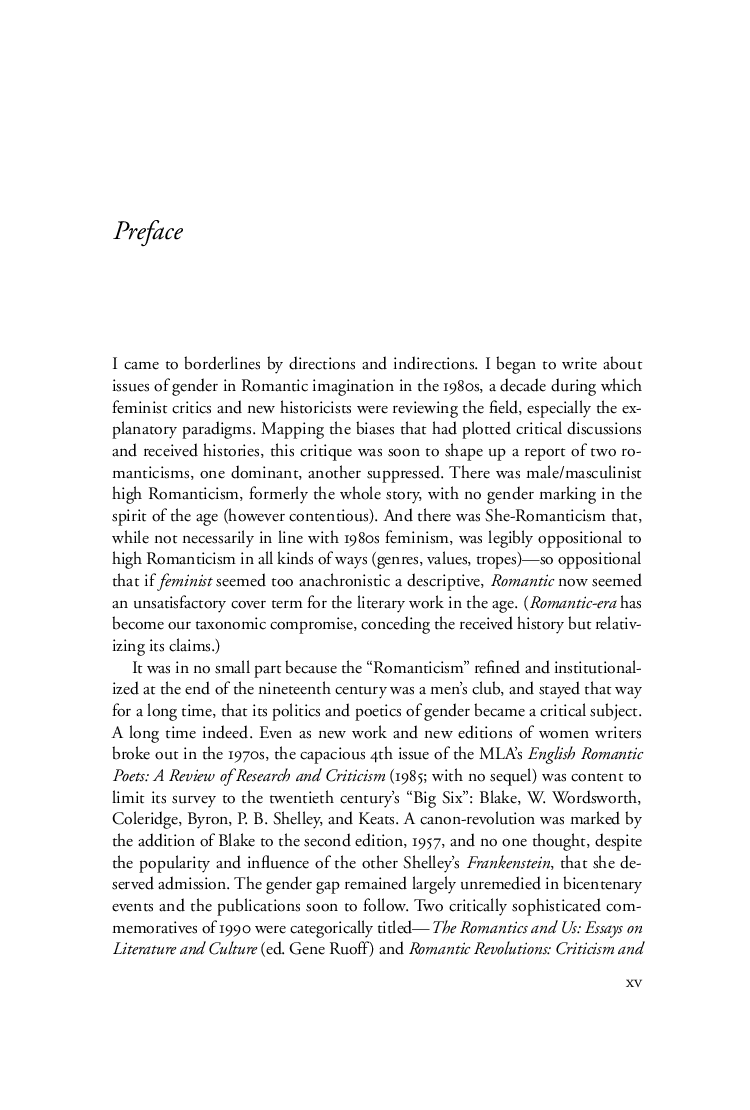 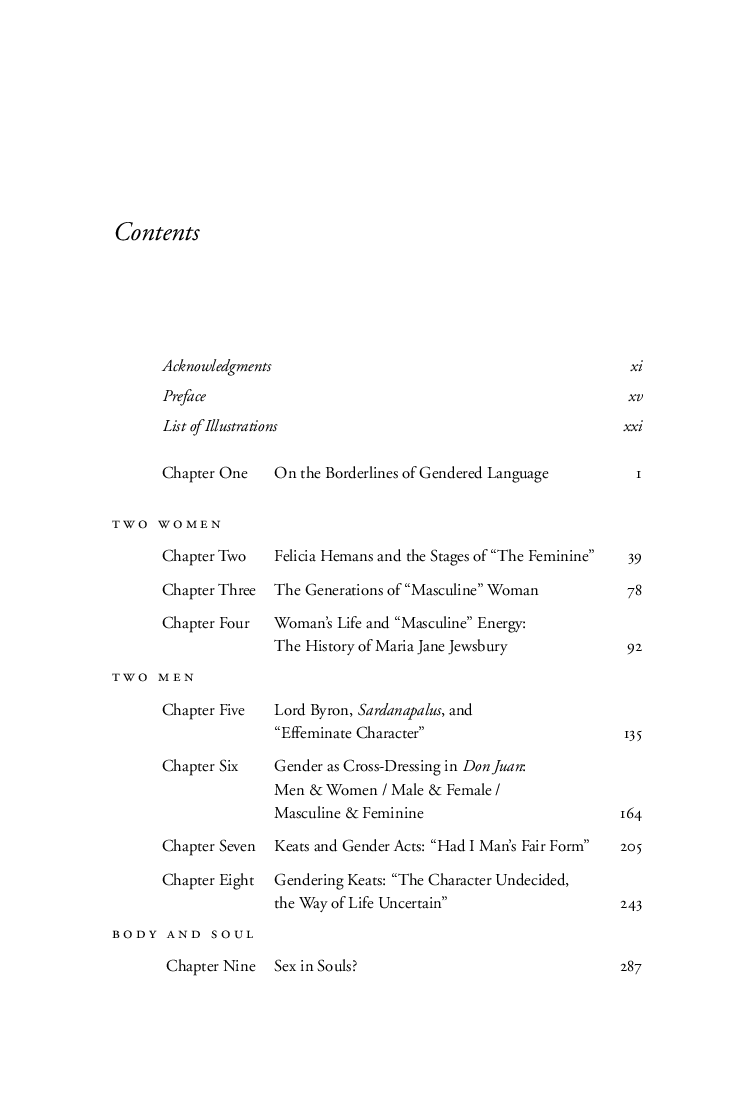