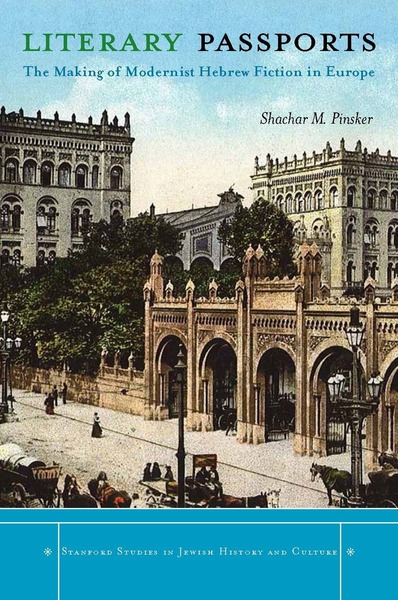 Winner of the 2011 Jordan Schnitzer Prize (Jewish Literature & Linguistics), sponsored by the Association of Jewish Studies.

Literary Passports is the first book to explore modernist Hebrew fiction in Europe in the early decades of the twentieth century. It not only serves as an introduction to this important body of literature, but also acts as a major revisionist statement, freeing this literature from a Zionist-nationalist narrative and viewing it through the wider lens of new comparative studies in modernism. The book's central claim is that modernist Hebrew prose-fiction, as it emerged from 1900 to 1930, was shaped by the highly charged encounter of traditionally educated Jews with the revolution of European literature and culture known as modernism.

The book deals with modernist Hebrew fiction as an urban phenomenon, explores the ways in which the genre dealt with issues of sexuality and gender, and examines its depictions of the complex relations between tradition, modernity, and religion.

Shachar M. Pinsker is Associate Professor of Hebrew Literature and Culture at the University of Michigan. He is the co-editor of Hebrew, Gender and Modernity: Critical Responses to Dvora Baron's Fiction (2007).

"Literary Passports: The Making of Modernist Hebrew Fiction in Europe is a deft and dense analysis of one of the most important aspects of modern Hebrew literary history-the modernist Hebrew republic of letters in Europe . . . Pinsker is largely successful in his argument and his analyses. Because of their depth and sensitivity, his readings deserve to be part of the necessary scholarly apparatus for understanding these texts . . . Literary Passports offers a compelling case for what is lost when scholarship outside of Jewish studies ignores these literatures."

"Shachar Pinsker's Literary Passports is a major study of early twentieth-century Hebrew fiction in the Russian and the Austro-Hungarian empires and the problems of urban experience, sexuality, and religiosity that framed its creation. It should be read not only by scholars of modern Hebrew literature, but by anyone interested in Jewish literary history generally, the history and theory of modernism, and the impact of the specific modernity of urban Europe on Jewish culture and consciousness."

"Pinsker's book is thus an important contribution to new modernist studies, a field which looks to expand the scope of the research on modernism beyond the classical German, French, English, and Russian mainstream depictions of this movement. Pinsker succeeds in showing that Hebrew prose is a contemporary of European modernist writing and is an active participant in modernist European movements of decadence and symbolism."

"Pinsker is conversant with and often insightful about the development of European literary culture, so this study turns out to be just as exciting an exploration of Western cultural themes as it is of early Hebrew ones."

"Shachar M. Pinsker argues vigorously in his extraordinarily impressive book that this Zionist teleology distorts the fundamental character of European Hebrew literature in the early twentieth century. Pinkser's study is based on wide-ranging and thorough research that includes scrutiny of many forgotten texts and also actual visits to the places where Hebrew writers gathered . . . Literary Passports performs a valuable service in reminding us how rich and varied [poetic interpretation] was."

"Pinsker's work, which is informed by deep learning and a lively critical mind, is an important revision of our understanding of the emergence of modern Hebrew fiction. He liberates modernist Hebrew literature from the hold of conventional Zionist historiography and allows it to be illuminated by new comparative studies in modernism."

"Literary Passports is a breakthrough in the understanding of the literary modernism that flourished in Hebrew on European soil during the early decades of the twentieth century. Its vivid investigation of the cafe world of the Hebrew writers locates their work in concrete cultural space, and the discussion of sexual themes in Hebrew modernism shows how deeply engaged it was in the prevalent European discourse of the era."

"Focusing on Hebrew writers who lived in various European cities during the first decades of the twentieth century, Shachar Pinsker convinces us that change was the only constant in their lives, and that Hebrew literature constituted the only community to which they really belonged. Taking us beyond the shtetl/study house, beyond the romantic celebration of 'nature,' and beyond the various utopian and dystopian representations of the Holy Land, to sites just beneath our 'noses'—cafés, publishing houses and other urban sites of exchange in early twentieth-century Europe—Literary Passports invites us to reread some of the Hebrew 'classics' of the twentieth century as a very European and very modernist phenomenon. In taking the often-contentious discourse on modernism and nationalism one step further, to the actual transnational spaces where this literature was incubated, Pinsker's contributes to a new post-polemical conversation."

"The most eye-opening aspect of Pinsker's discussion of European-based Hebrew modernism as a sub-set of European modernism proves to be his detailing of the continuing presence of religious experience in this literature . . . Pinsker's book might just be a passport for a whole literature and its critics."

—Philip Hollander, Zeek: A Jewish Journal of Thought and Culture 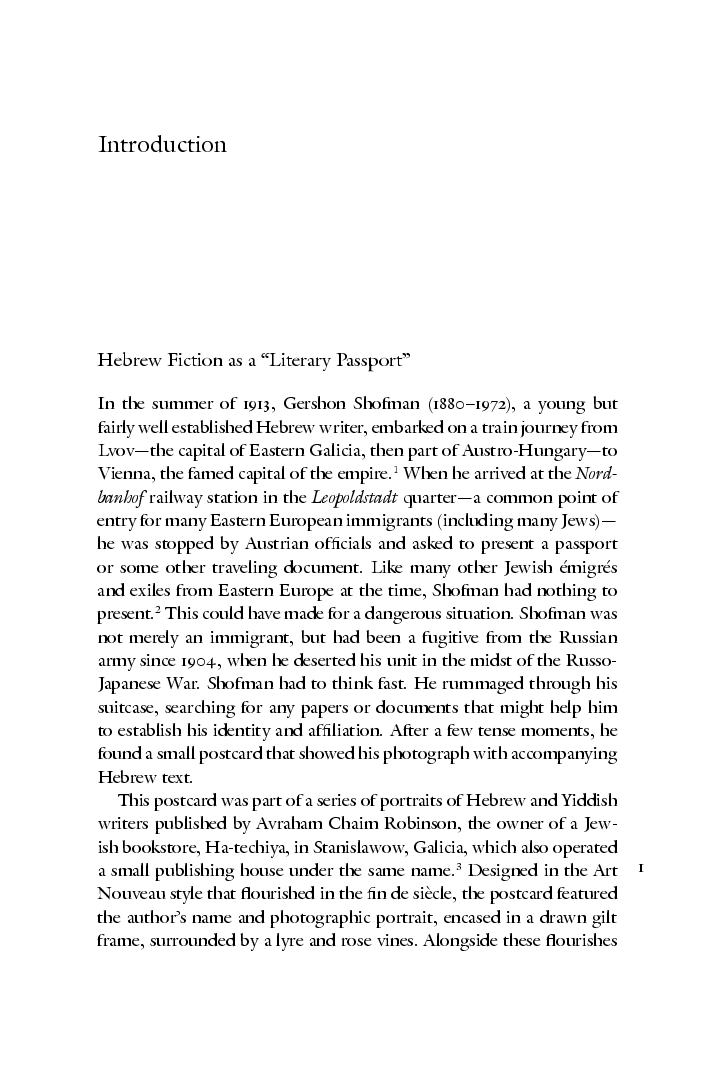 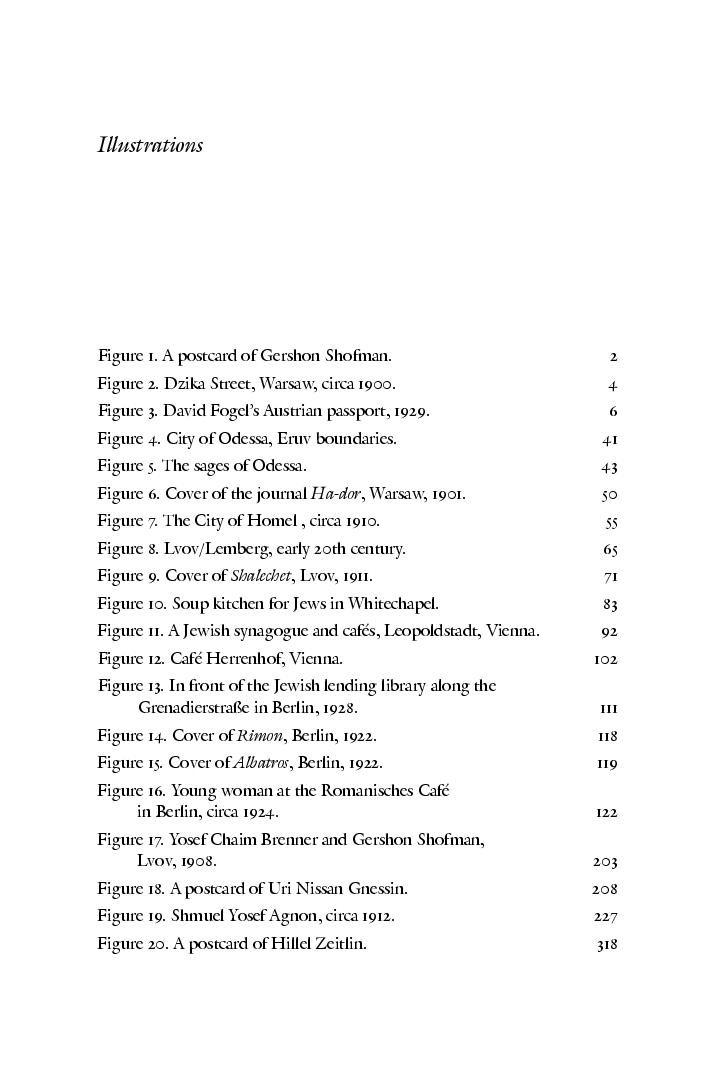 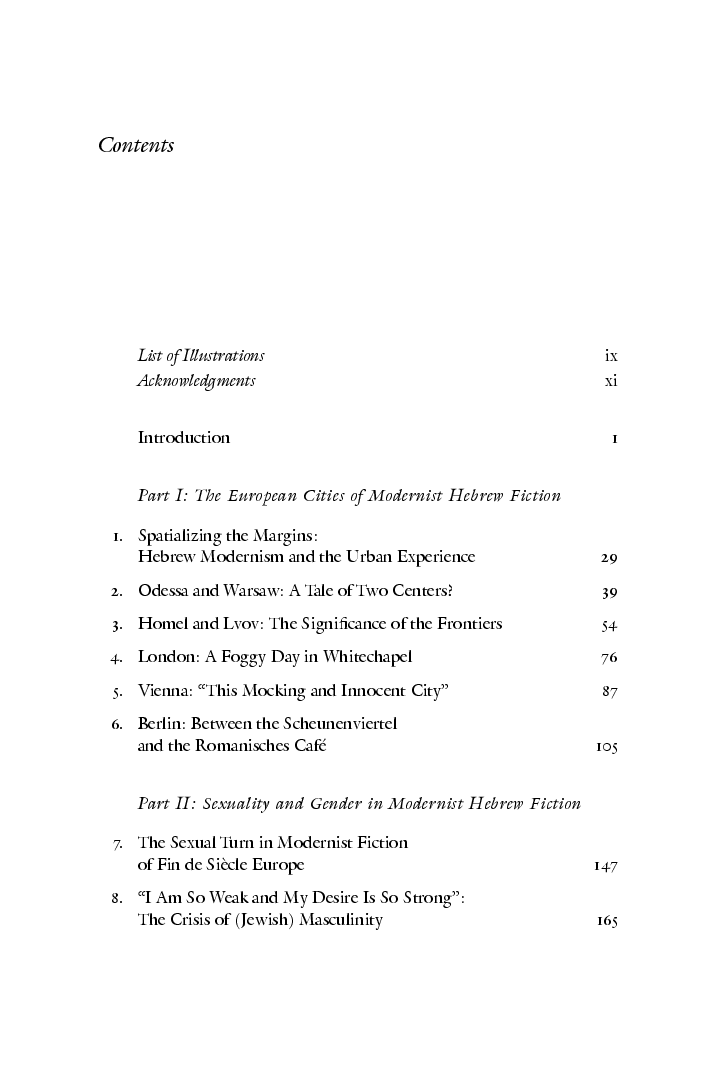