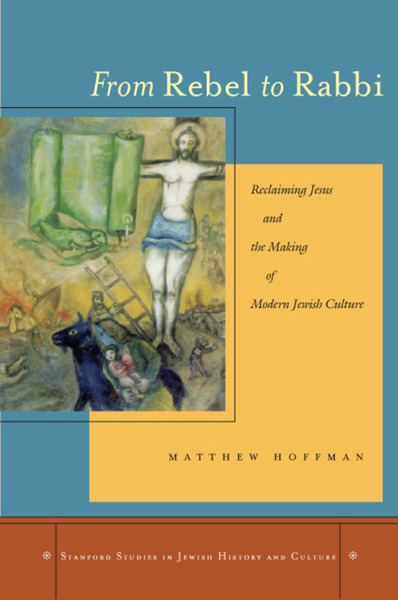 From Rebel to Rabbi
Reclaiming Jesus and the Making of Modern Jewish Culture
Matthew Hoffman
SERIES: Stanford Studies in Jewish History and Culture

From Rebel to Rabbi establishes how the changes that occurred in Jewish culture during the nineteenth and twentieth centuries stimulated a widespread fascination with the figure of Jesus and with Christian motifs among numerous Jewish theologians, historians, intellectuals, writers, and artists. It illustrates how and why the process of modernization for these Jews involved a radical reevaluation of Jesus of Nazareth. This book analyzes works of Jewish history, theology, Yiddish literature, Jewish visual art, and intellectual debates, in an attempt to situate this phenomenon within the broader context of a cultural history of how Jews have related to and depicted the figure of Jesus in the modern period. It suggests that for writers and artists, such as Sholem Asch and Marc Chagall, refiguring Jesus as intrinsically Jewish and using Christian themes to express aspects of the modern Jewish experience were an integral part of creating a new and distinctive modern Jewish culture.

"Hoffman's detailed and meticulous research ranges over Hebrew, Yiddish, and Russian literature, as well as modernist painting, and he effectively uses the insights of contemporary critical theory as he develops his analysis. By including these works, he goes beyond many of his predecessors in chronicling the modern Jewish engagement with Jesus."

"The history of the relationship between modern Judaism and the figure of Jesus—especially the Passion and the Crucifixion—is long and complex. Professor Matthew Hoffman's treatise provides a fascinating examination of the topic, and a detailed exploration of its development in early 20th-century Russian literature and art."

"From Rebel to Rabbi is a comprehensive exploration of the figure of Christ in Yiddish and Hebrew literature and in modern Jewish art. Matthew Hoffman explores the intriguing and highly controversial ways in which Jewish culture was able to address the ideological fault lines of modernity through considerations of Jesus, the Jew. In representing Jesus to Jewish and non-Jewish audiences, writers and artists often sought to subvert dominant (Christian) European culture while also placing Jews in the very center of that culture."

"In his intelligent and well-written monograph, Matthew Hoffman is the first scholar to juxtapose the treatment of Jesus by maskilim, Yiddish writers, and Jewish visual artists His book offers a penetrating analysis of a controversial and still relevant phenomenon. It is a crucial new contribution to the study of modern Jewish history, Yiddish literature, and Jewish-Christian relations." 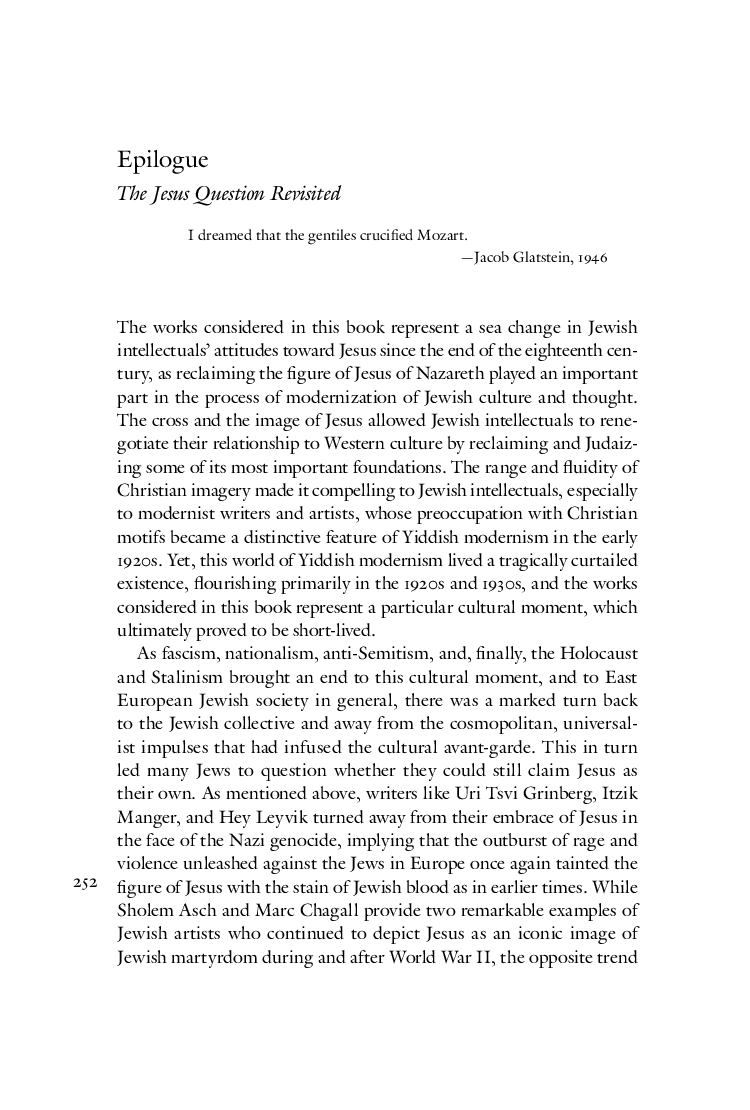 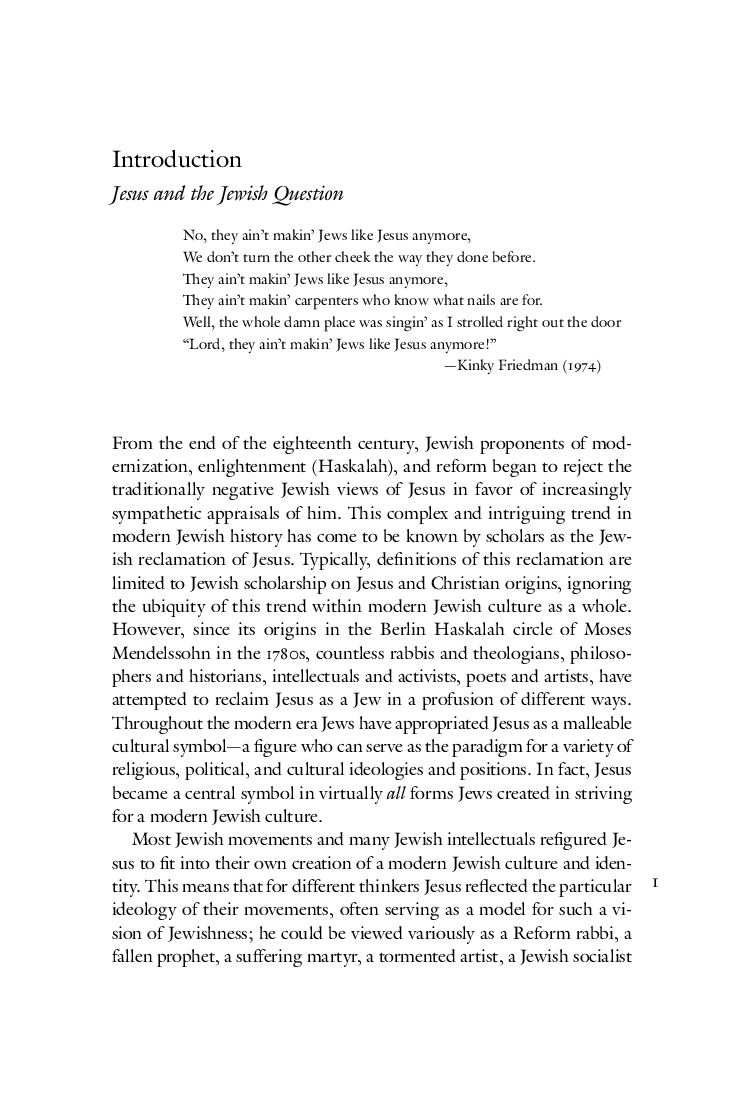 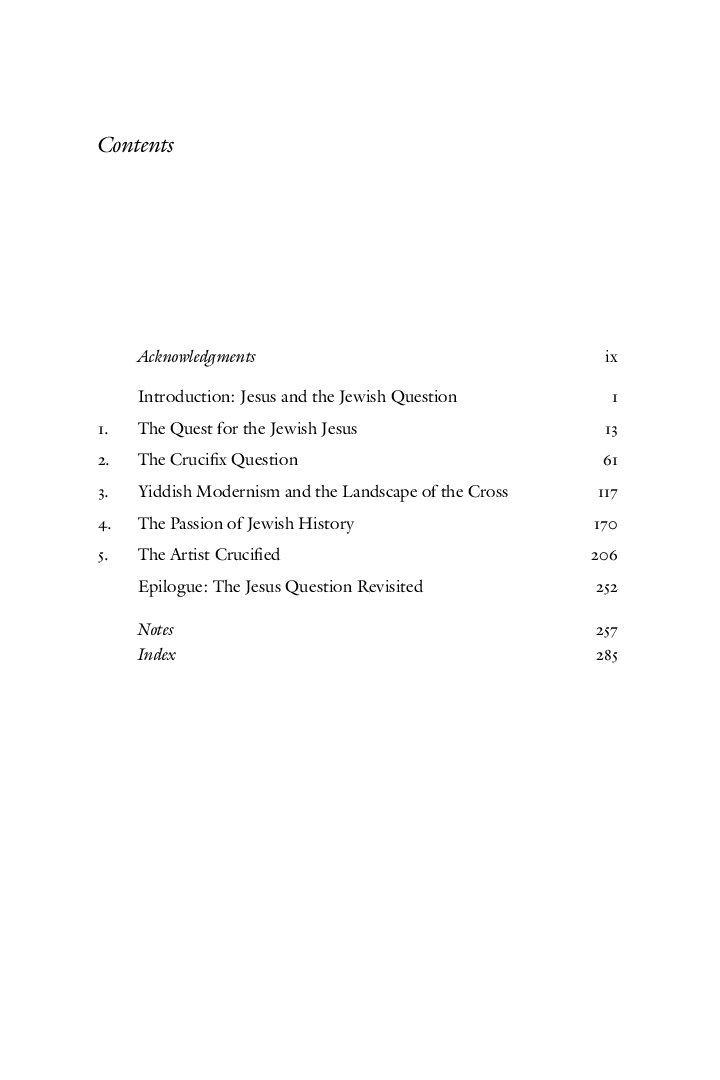