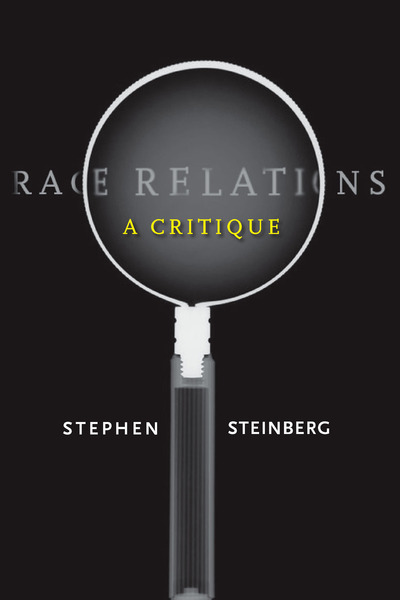 Stephen Steinberg offers a bold challenge to prevailing thought on race and ethnicity in American society. In a penetrating critique of the famed race relations paradigm, he asks why a paradigm invented four decades before the Civil Rights Revolution still dominates both academic and popular discourses four decades after that revolution.

On race, Steinberg argues that even the language of "race relations" obscures the structural basis of racial hierarchy and inequality. Generations of sociologists have unwittingly practiced a "white sociology" that reflects white interests and viewpoints. What happens, he asks, when we foreground the interests and viewpoints of the victims, rather than the perpetrators, of racial oppression?

On ethnicity, Steinberg turns the tables and shows that the early sociologists who predicted ultimate assimilation have been vindicated by history. The evidence is overwhelming that the new immigrants, including Asians and most Latinos, are following in the footsteps of past immigrants—footsteps leading into the melting pot. But even today, there is the black exception. The end result is a dual melting pot—one for peoples of African descent and the other for everybody else.

Race Relations: A Critique cuts through layers of academic jargon to reveal unsettling truths that call into question the nature and future of American nationality.

Stephen Steinberg is Professor in the Department of Urban Studies at Queens College and the Ph.D. Program in Sociology at the Graduate Center of the City University of New York. Among his books are The Ethnic Myth: Race, Ethnicity, and Class in America and Turning Back: The Retreat from Racial Justice in American Thought and Policy, which received the Oliver Cromwell Cox Award for Distinguished Anti-Racist Scholarship. He has written articles for the Nation and New Politics.

"...this book is an impressive achievement, an essay in radical racial theory by a recognized authority who is committed to the revitalization of our field and, more broadly, to the racial and social justice the United States has yet to achieve."

"Race Relations is a critical essay—not a comprehensive history. Steinberg is relentlessly polemical, often witty and sometimes brilliant in his debunking of the conventional wisdom. Like all iconoclasts, he overstates his case. But for all of his rhetorical excess, his argument that the mainstream of twentieth-century social science downplayed racial oppression and exploitation for individualistic understandings of race relations is powerful and convincing, and it needs to be heard as he shouts it from the rooftops."

—Thomas J. Sugrue, U. of Pennsylvania, author of Sweet Land of Liberty: The Forgotten Struggle for Civil Rights in the North

"In Race Relations, Stephen Steinberg has written a passionate, personal, and devastating critique of the race relations paradigm, and perhaps more important, of sociology, the academic discipline that foisted that conceptual mystification upon American society By demolishing the race relations paradigm, Stephen Steinberg has made a seminal contribution to the study of race and racial oppression in the United States." –Sundiata Cha-Jua, Vice President of the National Council for Black Studies

"Steinberg's discussion of ongoing racial injustice may not be popular in today's allegedly 'post racism' era, but he has again written a 'must read' book for our time. In a book of only 147 pages, Stephen Steinberg explained how an academic, foundation, and political 'infrastructure' promotes a 'racism is not the problem' agenda while urging exclusively class-based solutions to the crisis in the black community."

"Argues, among other things, that the sociological language of race relations obscures the structural foundation of hierarchies and inequality."

"A compelling critique of the development of the sociology of race. The book makes clear that we still have much to learn, not only about the structural foundations of racism, but also about how careerism can subtly twist our perspectives so that we fail to rise to the intellectual and moral challenges of the sociological project. Steinberg has done us a great service."

—Frances Fox Piven, Past President, American Sociological Association, author of Why Americans Still Dont Vote, And Politicians Like It That Way

"Biting, lucid, wise, and humane: this is a premier scholar's manifesto. With more twists and conceptual reversals than a double helix, Stephen Steinberg puts paid to the stale tales of"race relations" dogma."

"In this hard-hitting book, Stephen Steinberg unveils the sociology of ignorance—and shows that we need look no further to find it than mainstream white American sociology's historic evasions on race. A devastating exposé of a century of the discipline's theoretical bad faith, sociological mystification, and conceptual obfuscation of what should have been the central and obvious socio-historical fact of the white oppression of people of color in the United States."

—Charles W. Mills, University of Illinois at Chicago, author of The Racial Contract

"Stephen Steinberg, a racism truth-teller par excellence, explores in vivid writing that shocks as it enlightens, the evolution of the term Race Relations. Crafted a century ago by sociologists, it uses false objectivity to obscure the continuing reality of racial oppression in America."

—Derrick Bell, Visiting Professor, NYU School of Law, and author of Faces at the Bottom of the Well, and Ethical Ambition 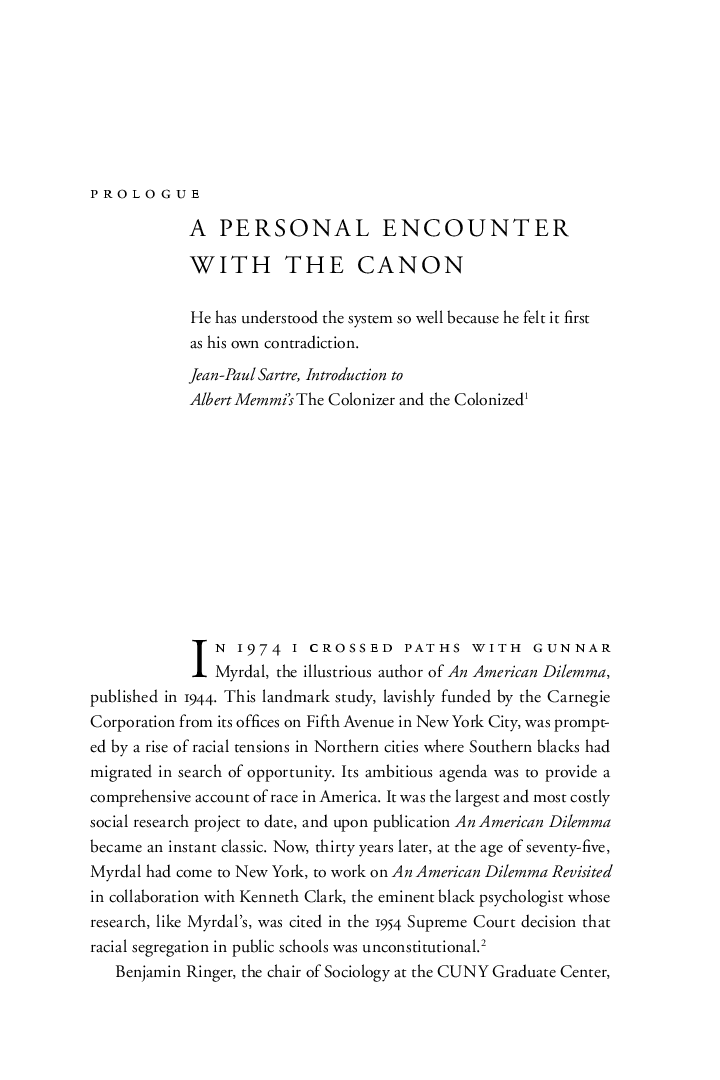 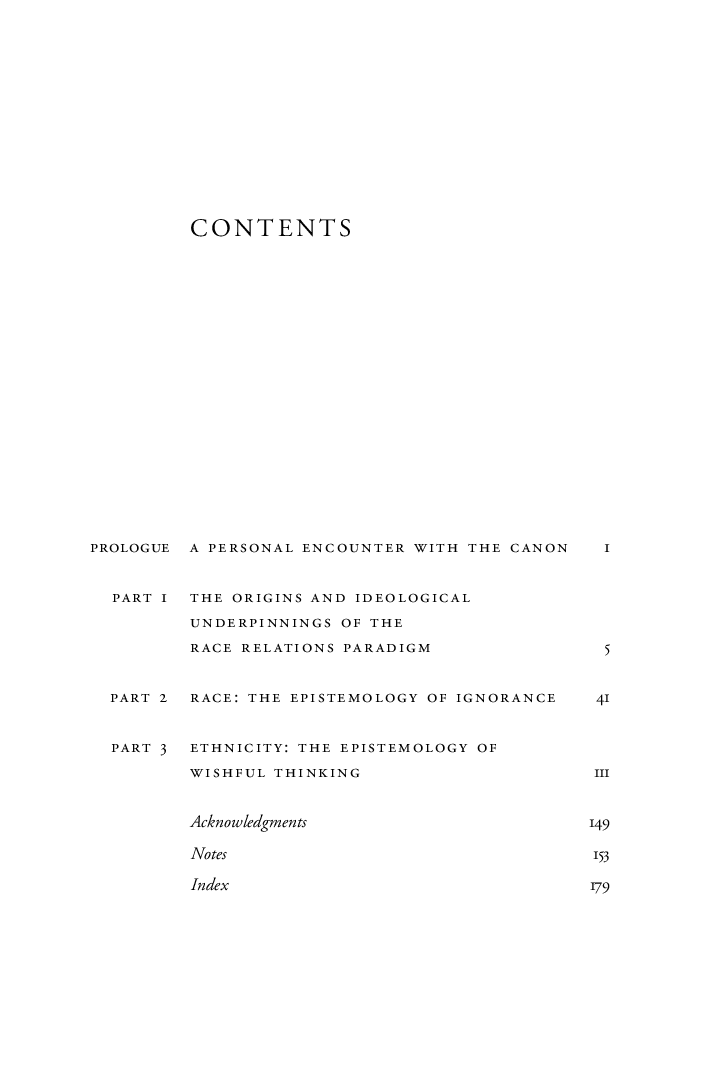