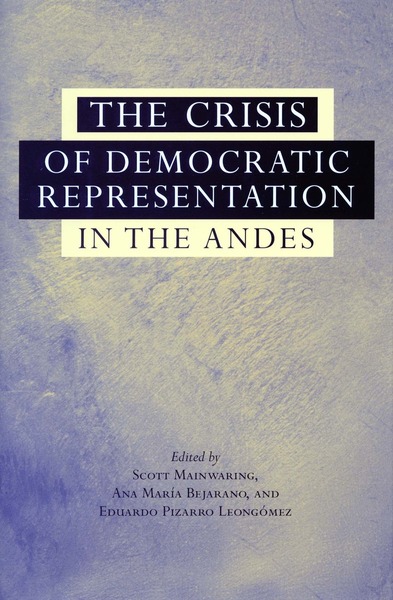 The Crisis of Democratic Representation in the Andes
Edited by Scott Mainwaring, Ana María Bejarano, and Eduardo Pizarro Leongómez

The essays in this book analyze and explain the crisis of democratic representation in five Andean countries: Bolivia, Colombia, Ecuador, Peru, and Venezuela. In this region, disaffection with democracy, political parties, and legislatures has spread to an alarming degree. Many presidents have been forced from office, and many traditional parties have fallen by the wayside. These five countries have the potential to be negative examples in a region that has historically had strong demonstration and diffusion effects in terms of regime changes. The Crisis of Democratic Representation in the Andes addresses an important question for Latin America as well as other parts of the world: Why does representation sometimes fail to work?

"Why Representation Fails is an important work covering issues concerning the Andean countries that previous scholarship has addressed insufficiently. At the book's core is a concern for the role of political parties in sustaining and enhancing the capacity of democratic institutions to represent citizen interests and serve the public."

"No other book provides such depth on the contemporary shortcomings of elections, parties, and legislatures in the Andean region. This volume furnishes a fresh, coherent conceptual framework for dealing with the issue of democratic representation—an approach that could be applied to many other nations." 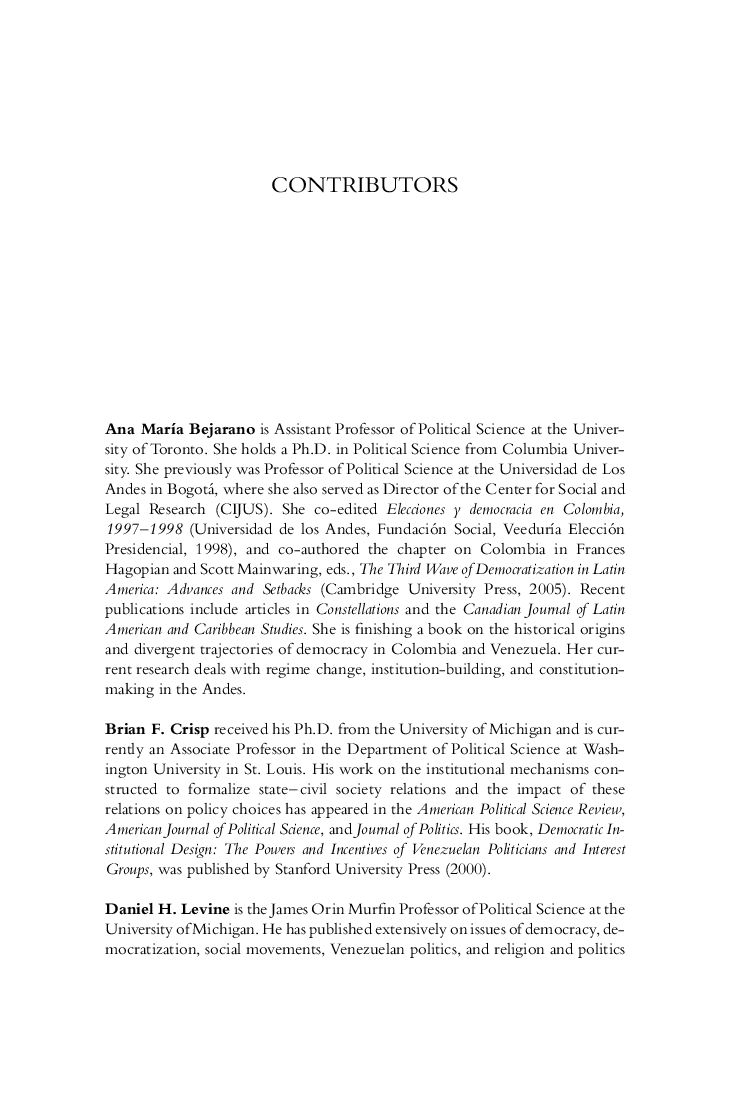 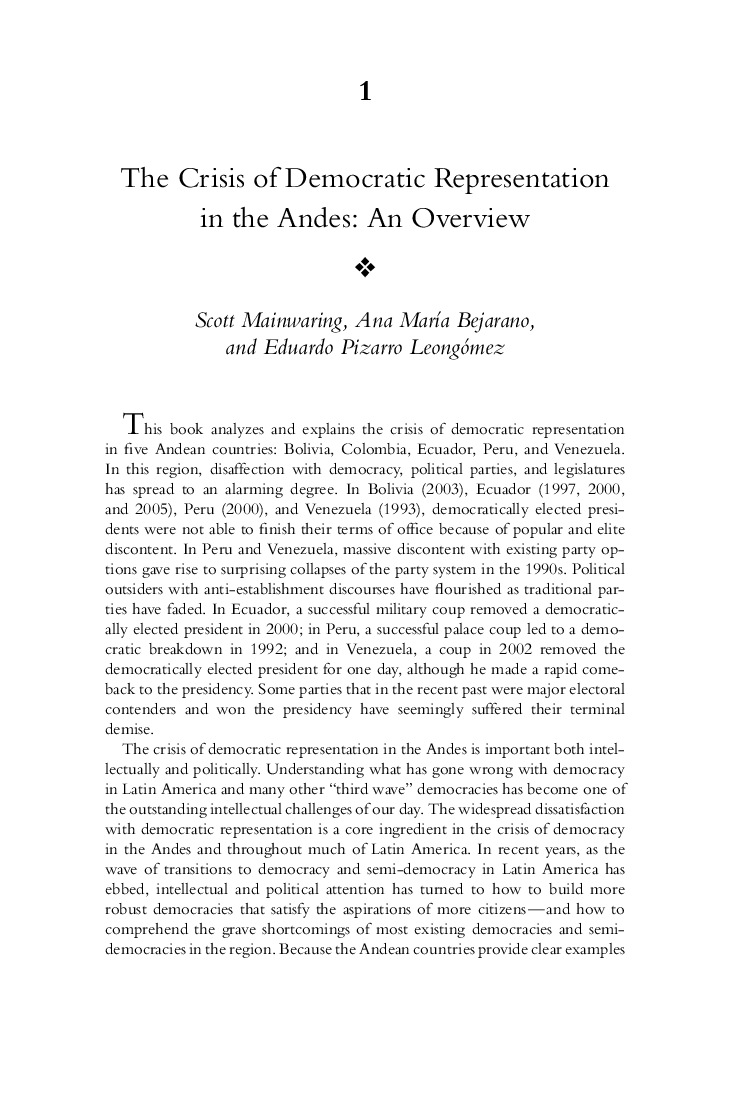 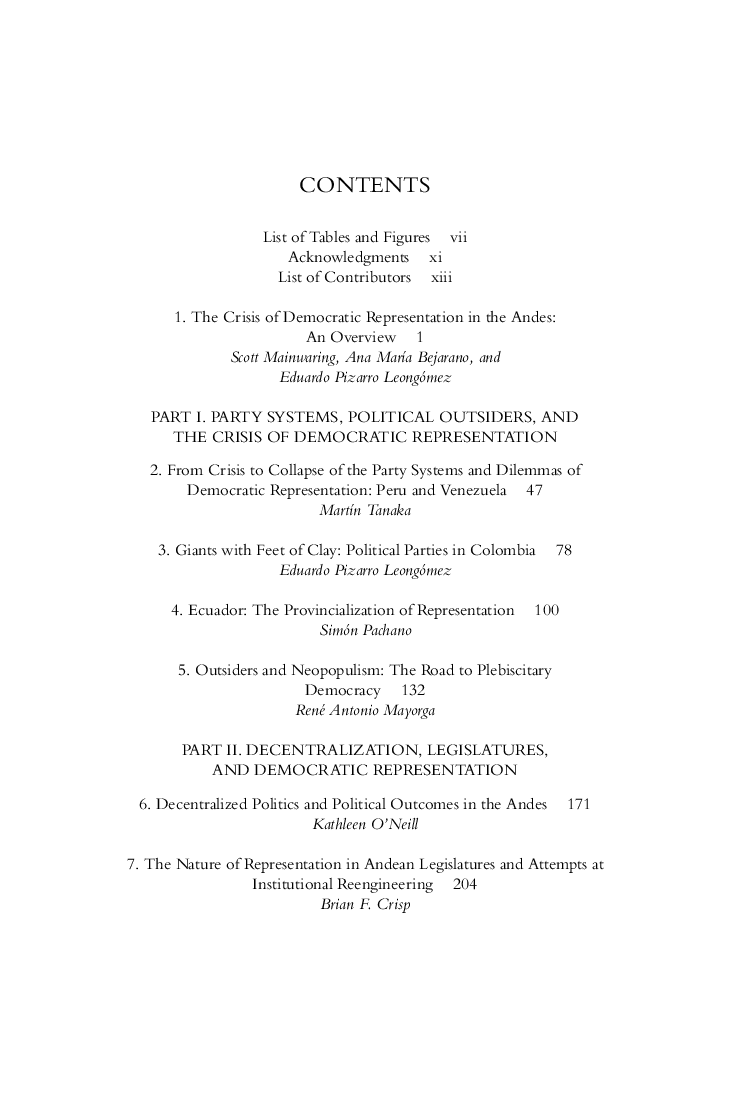 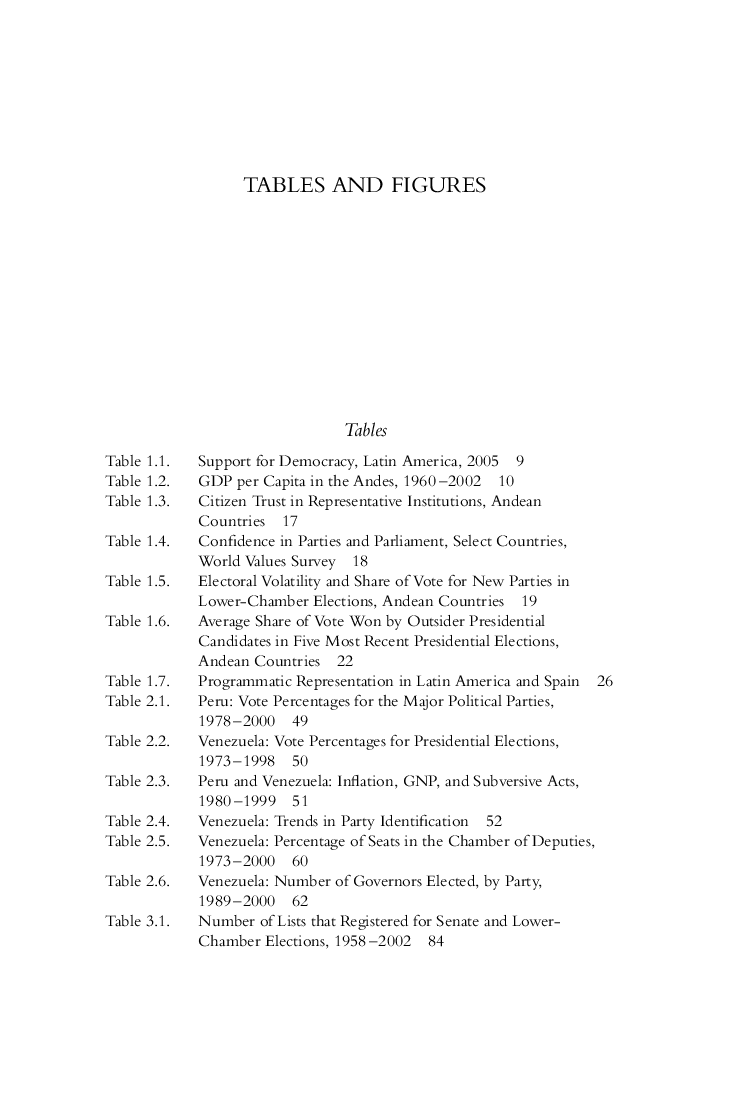