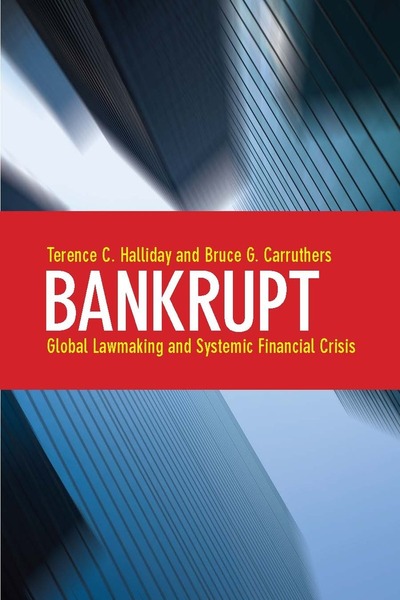 Winner of the 2010 Viviana Zelizer Distinguished Scholarship Award, sponsored by the ASA Section on Economic Sociology.

Co-winner of the the 2010 Distinguished Book Award, sponsored by the ASA Sociology of Law Section.

Winner of the 2010 Best Scholarly Book Award, sponsored by the ASA Section on Global and Transnational Sociology.

The Asian Financial Crisis dramatically illustrated the vulnerability of financial markets in emerging, transitional, and advanced economies. In response, international organizations insisted that legal reforms could help protect markets from financial breakdowns. Sitting at the nexus between the legal system and the market, corporate bankruptcy law ensures that the casualties of capitalism are treated in an orderly way.

Halliday and Carruthers show how global actors—including the IMF, World Bank, UN, and international professional associations—developed comprehensive norms for corporate bankruptcy laws and how national policymakers responded in turn. Drawing on extensive fieldwork in China, Indonesia and Korea, the authors reveal how national policymakers contested and negotiated domestic laws in the context of global pressures. The first study of its kind, this book offers a theory of legal change to explain why global/local tensions produce implementation gaps. Through its analysis of globalization, this book has lessons for international organizations and developing and transition economies the world over.

Terence C. Halliday is Co-Director of the Center on Law and Globalization, the American Bar Foundation-University of Illinois College of Law. Bruce G. Carruthers is Gerald F. and Marjorie G. Fitzgerald Professor of Economic History in the Department of Sociology at Northwestern University. They are coauthors of Rescuing Business: The Making of Corporate Bankruptcy Law in England and the United States (1998).

"The first study of its kind, the book offers a theory of legal change to explain why global-local tensions produce implementation gaps. Through its analysis of globalization, this book has lessons for international organizations and developing and transitional economies the world over."

"Halliday and Carruthers's book will take tis place as part of a growing tradition of work dissecting the emergence of a system of global economic governance that is redefining what 'world government" is likely to mean in the future. They are pushing forward a new tradition."

"Halliday and Carruthers explain how global organizations such as The World Bank and the UN developed international laws for corporate bankruptcy after the Asian Financial Crisis, and how policymakers have responded to these changes. Written for policymakers and economists for developing economies and international organizations, this volume examines how these institutions developed global standards and norms, and how countries such as Indonesia, Korea and China reacted."

"Halliday and Carruthers analyze the birth of international bankruptcy legislation in a truly expert fashion. Their engaging work will be of great importance for social scientists all over the world as well as for policyelites in the developing countries."

"This is an impressive book revealing how global norms are generated and put into practice in different countries. Based on hundreds of interviews from around the world, it is extremely well researched and theoretically innovative. It speaks to those interested in globalization, international political economy, and institutional change. It moves well beyond conventional studies of global diffusion."

"The beautifully crafted argument of this book culminates an impressive program of research on Asian bankruptcy. Halliday and Carruthers are theoretically profound on the recursivity of law as a dynamic at the foundation of new international financial architectures. This landmark of socio-legal scholarship reframes our understanding of global normmaking." 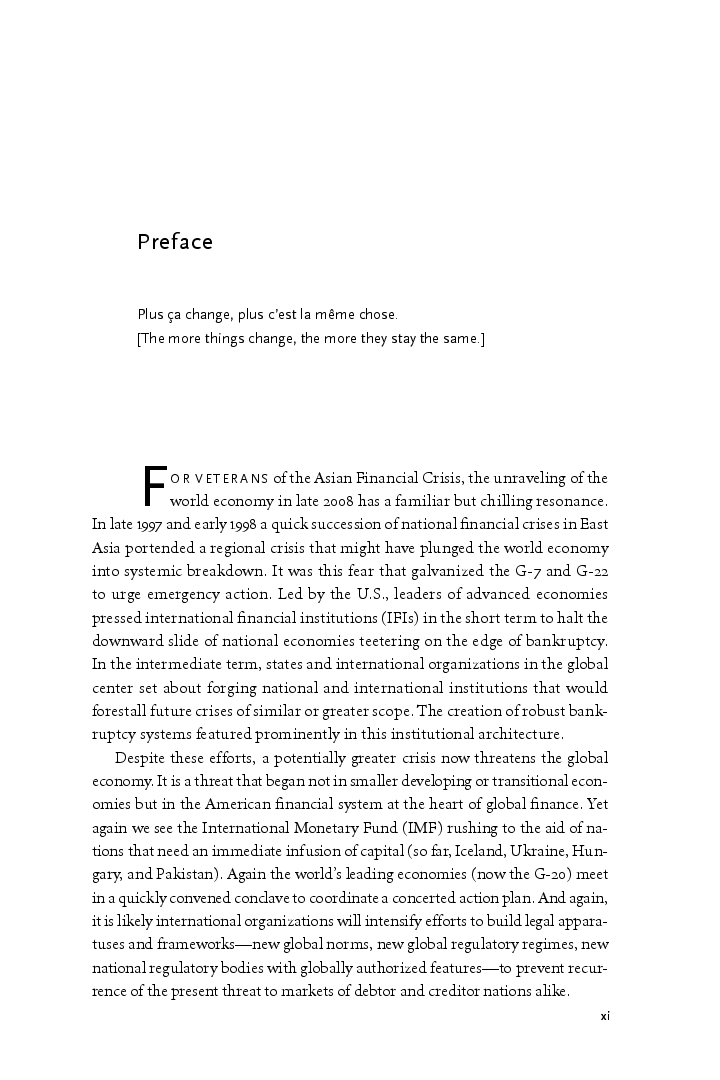 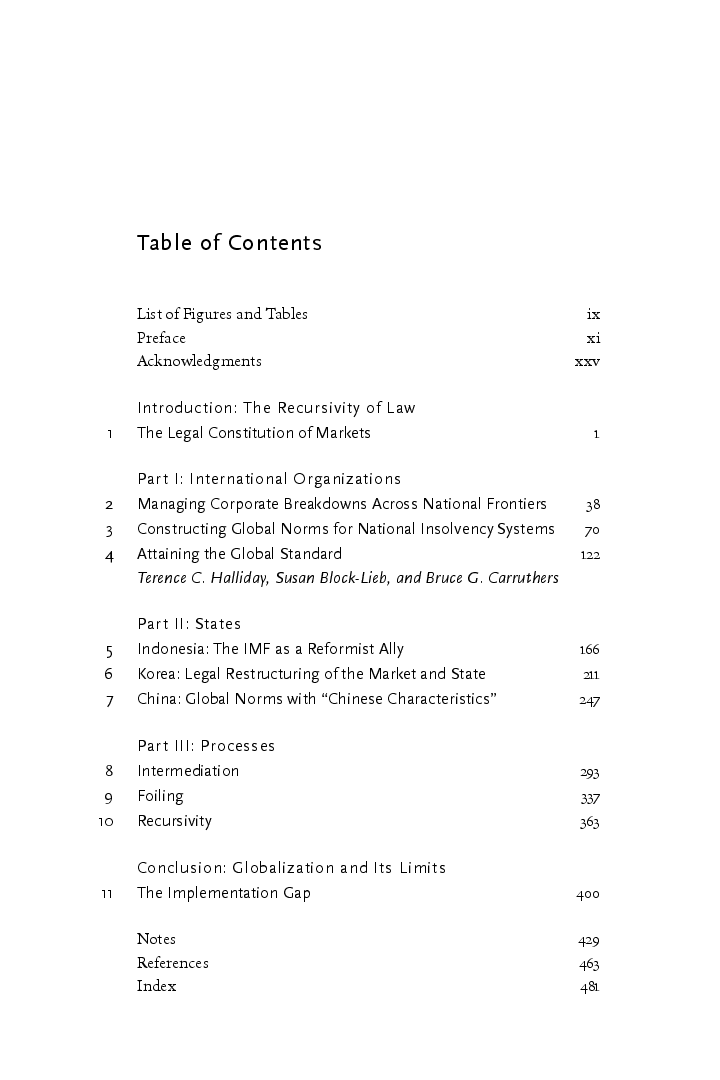