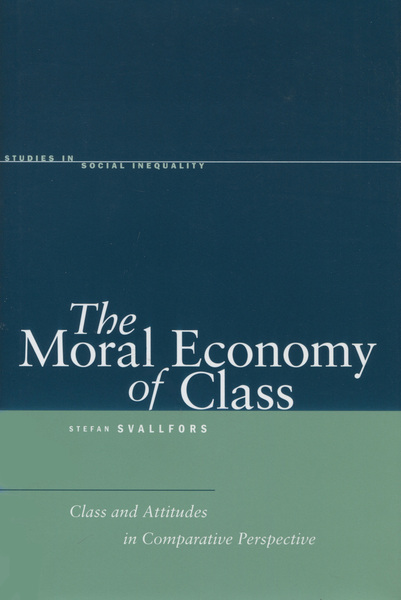 This book surveys whether and how social classes differ in their views on important social issues, such as work and family, the economy and politics, rights and morals, and the distribution of justice. What accounts for such differences in opinion? Are class differences comparable and consistent across different nations? Do class differences change over time?

In The Moral Economy of Class, Stefan Svallfors builds on data from large-scale comparative surveys to paint a picture of these class differences. Comparing the United States, Britain, Germany, and Sweden, he shows that class differences are highly persistent. Class remains one of the key dividing lines in society.

Stefan Svallfors is Professor of Sociology at Umeå University, Sweden, and head of the Swedish component of the European Social Survey. He is the editor of Analyzing Inequality: Life Chances and Social Mobility in Comparative Perspective (Stanford University Press, 2005).

"Svallfors shows not only that class matters to social attitudes, but also that national institutions shape class differences in social attitudes, sometimes in unexpected ways. His analysis is carefully crafted and his interpretation of the results is remarkably judicious. This wide-ranging book is truly a tour de force and deserves to be read by all social scientists interested in comparative analysis of advanced industrial societies."

"In this excellent overview of how social classes differ in their social attitudes, Svallfors shows that less inequality in conditions often goes

together with large differences in attitudes among classes. His discussion and explanation of this paradoxical condition should interest social scientists, students, and the interested public."

"With a light but firm hand, Svallfors has skillfully mined the rich databank generated by the multi-country and multi-year International Social Survey Program. While broad in ambition, his study focuses on a well-conceived selection of countries, attitude domains and theoretical questions. Emphasizing how and why diverse types of attitudes differ by class, and unraveling how national context affects linkages between class and attitudes, this book lies at the forefront of contemporary political sociology. Students and researchers alike will find it stimulating, accessible and highly informative."

"Through empirical analyses based on a sophisticated model of how class influences attitudes, Stefan Svallfors makes an important contribution to the growing body of literature on how a 'moral economy' shapes the views that people hold about the social world and their evaluations of it."

"The book should be widely assigned to students and read by scholars, both for its empirical content and as an example of how to do first-rate empirical work."

"Overall, Svallfors establishes that class remains a powerful influence on people's attitudes about the society in which they live This book, beautifully crafted by Svallfors, guides the reader through complex analyses of data. It can only give comparative secondary analysis a good name."

—Fiona Devine, U of Manchester 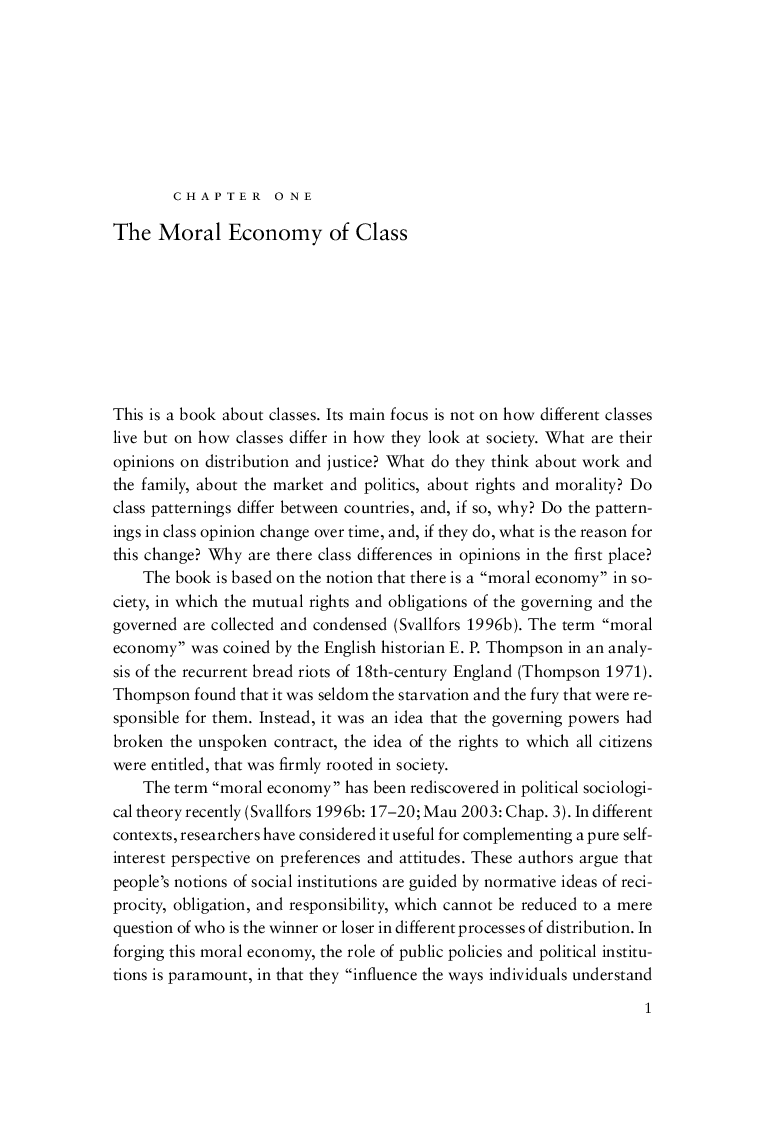 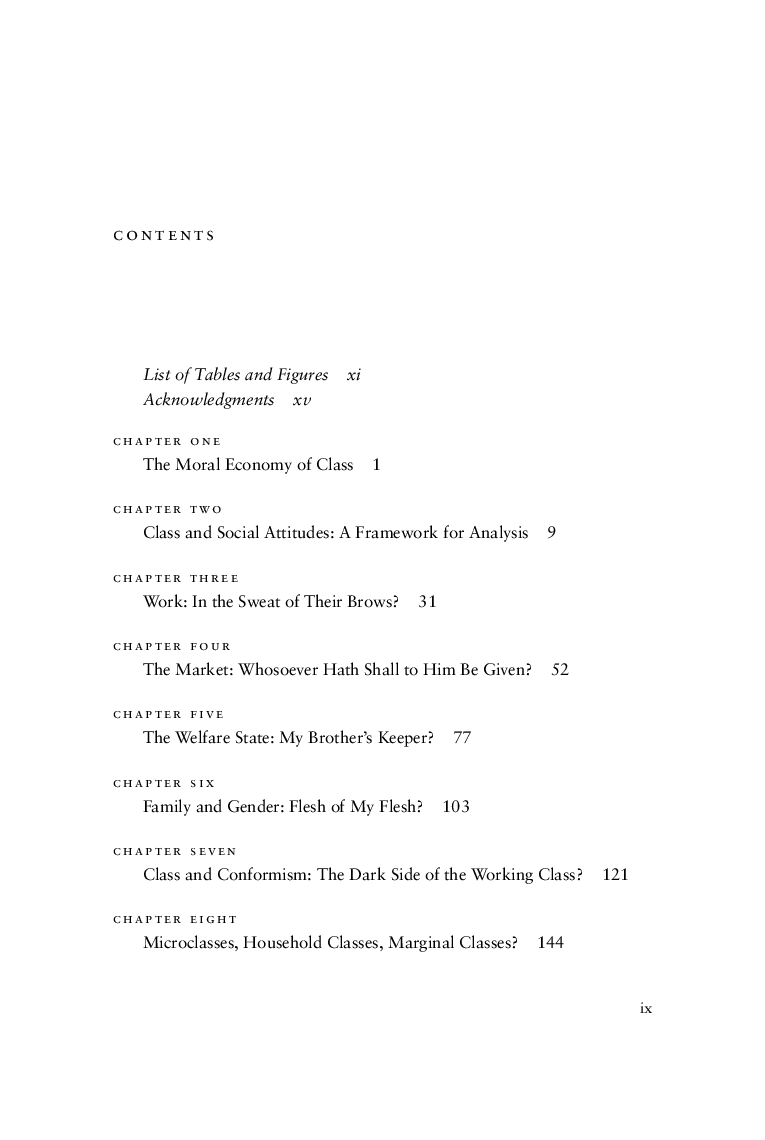 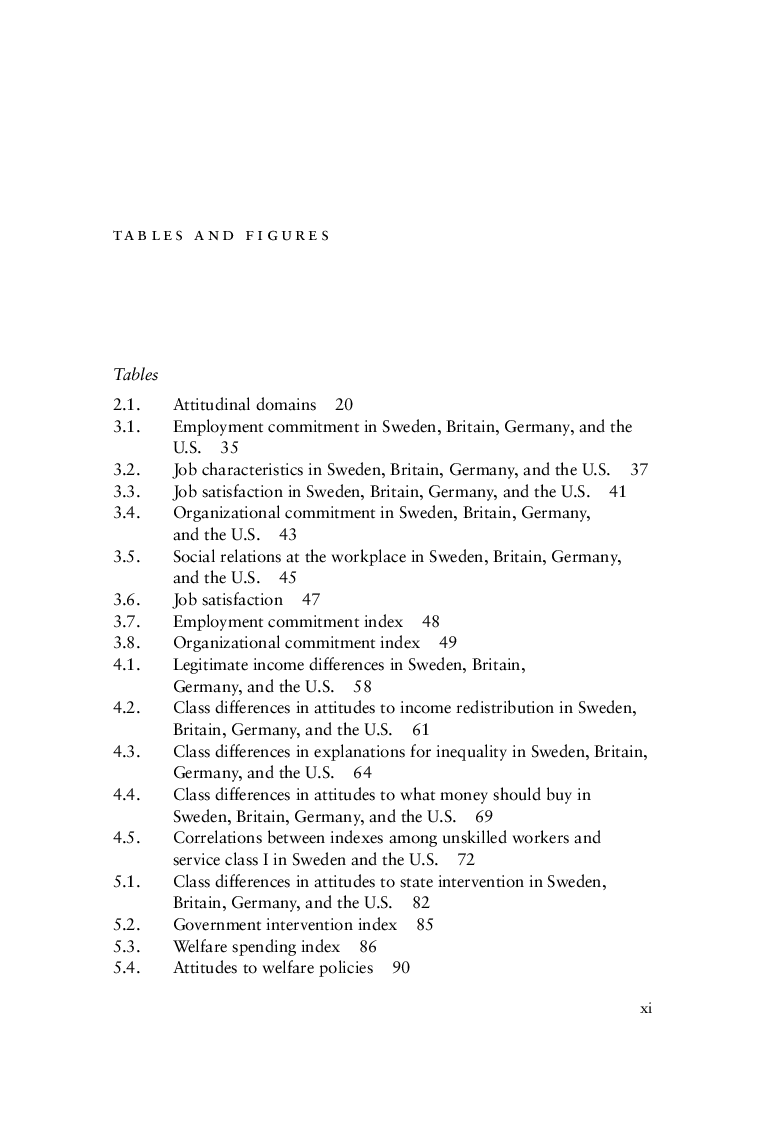