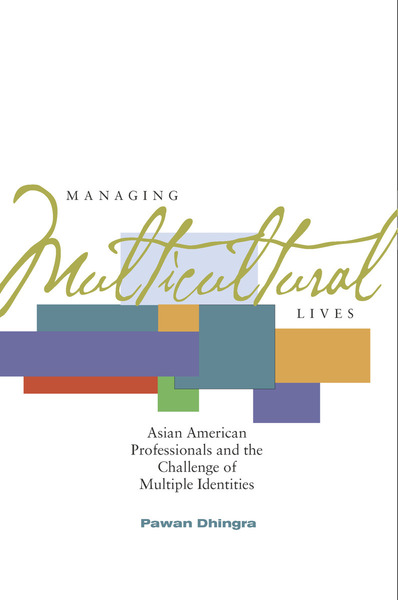 How do people handle contrasting self-conceptions? Do they necessarily compartmentalize their personal lives from their professional lives? Do minority and immigrant groups, in particular, act "ethnic" at home, "American" at work, "racial" in pan-ethnic spaces? Managing Multicultural Lives moves past this common assumption and demonstrates how minorities actually bring together contrasting identities.

Using the words and experiences of Indian American and Korean American professionals themselves, Pawan Dhingra eloquently shows how people break down the popular "margins vs. mainstream" conception of group identity and construct a "lived hybridity." He offers new insight into minorities' experiences at work, at home, and in civil society. These Asian Americans' ability to handle group boundaries fluidly leads them to both resist and support stratified social patterns. It also indicates new, more nuanced understandings of immigrant adaptation, multiculturalism, and identity management that pertain to multiple types of immigrant groups.

"[Managing Multicultural Lives] illustrates how second-generation ethnics do not cast their lot with either their American or ethnic sides; rather, they position themselves according to their circumstances, using their diverse backgrounds as valuable resources . . . Highly recommended."

"This comparative study delves into the complex and overlapping dynamics of identity among ethnic minority professionals through insightful narratives and reflexive everyday life stories. It is thought-provoking and theoretically engaging on immigrant adaptation, and also fun to read."

"Pawan Dhingra's study of Korean-American and Indian-American professionals in Dallas charts new ground by juxtaposing two Asian-American communities in the South. It shows through detailed ethnographic study how these upwardly mobile Asian Americans are positioned within a national discourse of liberal democratic citizenship as those who occupy the margins in the mainstream. Their critiques as well as disavowal of racial discrimination, and the cleavages and bonds formed between groups after 9/11, are important to take note of for anyone interested in the paradoxes of neoliberal multiculturalism."

"Pawan Dhingra provides a provocative attention to detail, to the multiplicities of identity, social worlds and daily practical challenges that his participants must negotiate. In the process, he offers us insights that are equally useful in the boardroom, the classroom, the neighborhood, and even inside our homes. The result is an inviting look at the kind of boundary work that may well lie at the heart of the American immigrant experience."

"In this thoughtful and well-written work, Dhingra investigates how Indian and Korean Americans in Dallas, Texas, simultaneously distinguish between and reconcile their ethnic, racial, and American identities in daily life In light of the dearth of literature on Korean Americans and especially on Indian Americans in southern cities, Dhingra's perspectives offer fresh insights while expanding upon a growing topic of scholarly interest."

"Overall, the book offers numerous rich quotes, providing a detailed account of second-generation Indian and Korean American professionals' views. The book is also analytical, incorporating a variety of relevant sources . . . In the midst of debates over whether Asians will eventually be defined as 'white,' this book adds a complex case study." 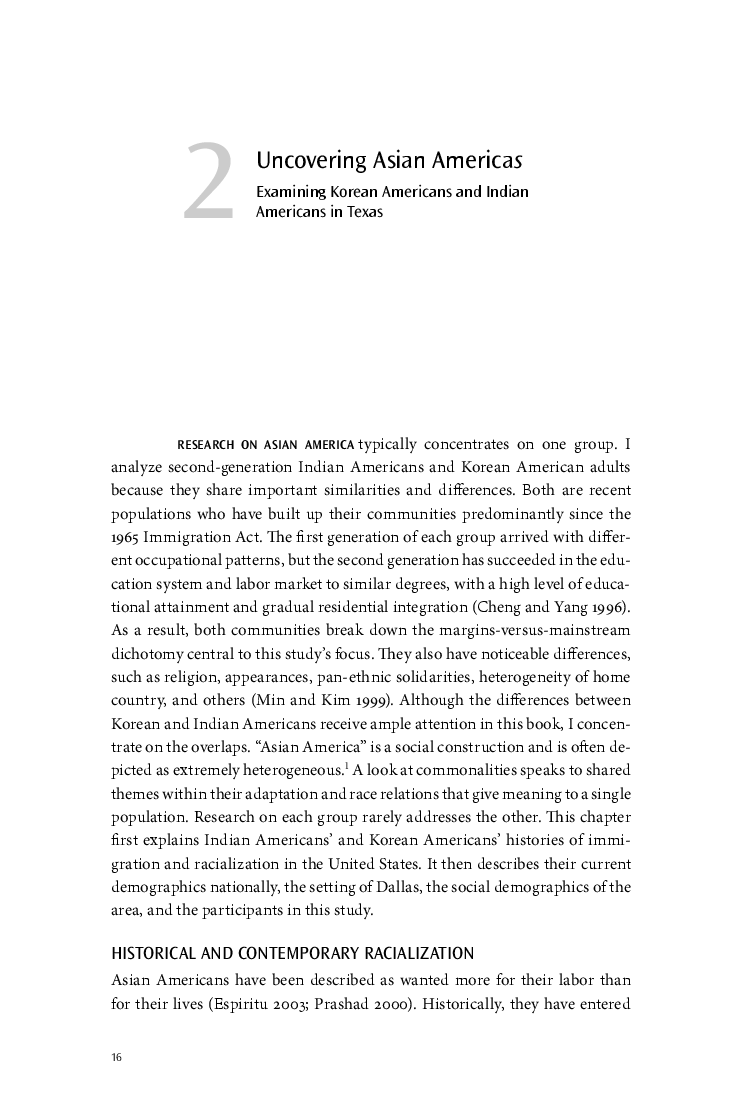 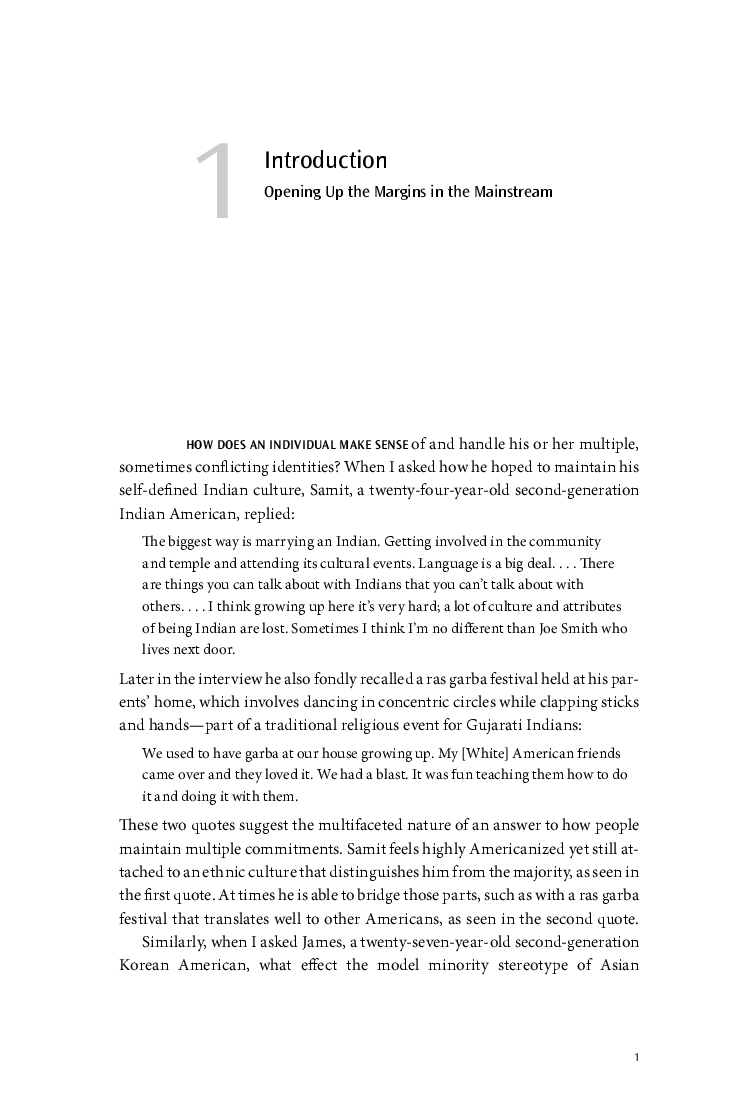 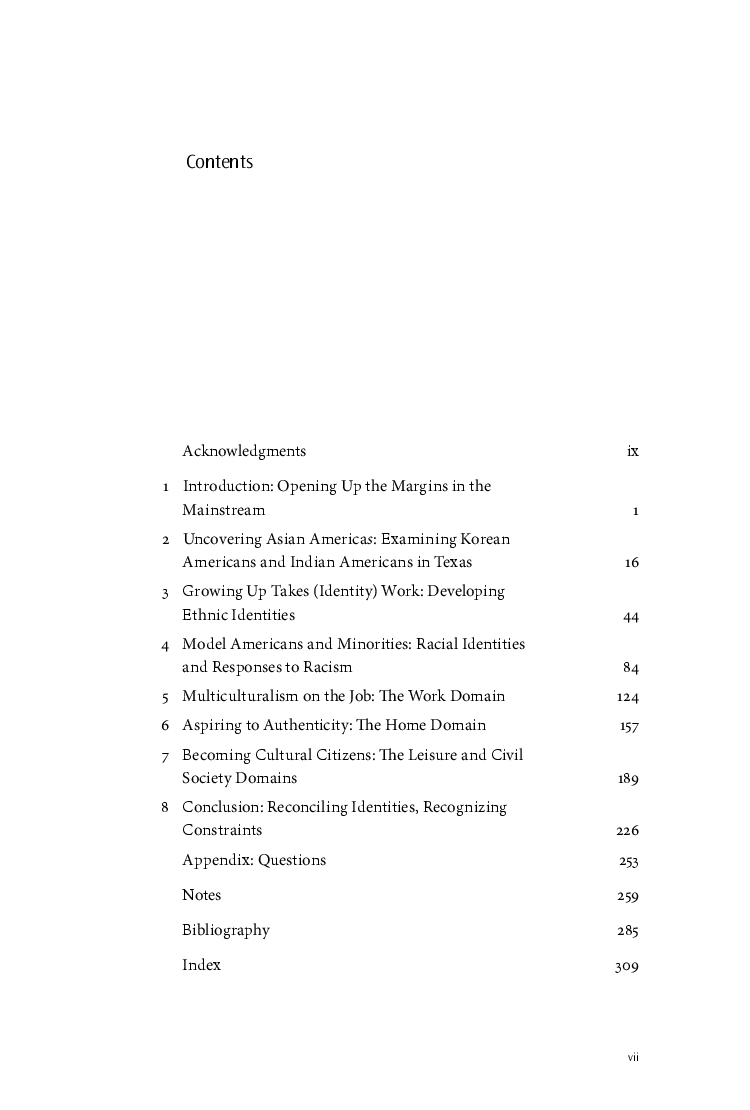