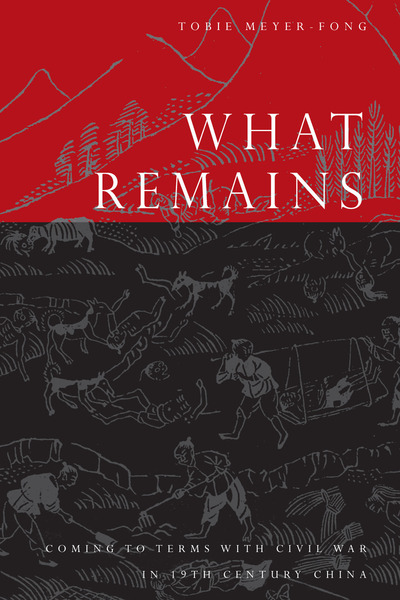 The Taiping Rebellion was one of the costliest civil wars in human history. Many millions of people lost their lives. Yet while the Rebellion has been intensely studied by scholars in China and elsewhere, we still know little of how individuals coped with these cataclysmic events.

Drawing upon a rich array of primary sources, What Remains explores the issues that preoccupied Chinese and Western survivors. Individuals, families, and communities grappled with fundamental questions of loyalty and loss as they struggled to rebuild shattered cities, bury the dead, and make sense of the horrors that they had witnessed.

Driven by compelling accounts of raw emotion and deep injury, What Remains opens a window to a world described by survivors themselves. This book transforms our understanding of China's 19th century and recontextualizes suffering and loss in China during the 20th century.

Tobie Meyer-Fong is Associate Professor and Director of Graduate Studies in the History Department at Johns Hopkins University. She is the author of Building Culture in Early Qing Yangzhou (Stanford, 2003) and co-editor of the journal Late Imperial China.

"Meyer-Fong's book signals a welcome new direction in Taiping scholarship . . . I found most valuable the book's insights into the (often overlooked) religious dimensions of loyalty among the local gentry, and the reflections that it offers on the changing meaning of martyrdom in the late Qing—an account that has relevance for the contested politics of martyrdom in China today."

"Meyer-Fong taps a rich source of materials, which, precisely because they were written in the context of Qing restoration, have often been overlooked by historians more focused on tracing the sources of Chinese revolution. This book shows the insights that may be derived from such ignored sources when a scholar of Meyer-Fong's quality breaks free of conventional questions. . . [A] must-read not only for any student of the Taiping Rebellion but also for anyone seeking understanding of the effects of and response to war in late imperial China."

"An often riveting account of how different people—scholars, soldiers, women, children, officials, and turncoats, among others—variously experienced and remembered one of the most destructive civil wars in human history. Meyer-Fong makes clear that in both the short and the long term the Taiping was as crucial in personal as in political terms."

"Tobie Meyer-Fong's pathbreaking study of the experience of war and its aftermath in 19th-century China is the rare kind of scholarship that resonates deeply not just on an intellectual level but on an emotional one as well. It is the first truly intimate study we have of human responses to the massive Taiping Rebellion, one of the darkest chapters of human history. A work of pathos and insight, What Remains is by turns thought-provoking, heartbreaking and above all eye-opening."

—Stephen R. Platt, author of Autumn in the Heavenly Kingdom

"The source base for this work is remarkable. It is a synthesis of diffuse genres, answering questions that few have thought to ask. The subject matter is compelling. Its value to historians wishing to understand the nineteenth century (in China and elsewhere) is very high—only a few scholars have dealt with the long impact of the Taiping War, fewer still have looked at these materials, and only Professor Meyer-Fong has synthesized them to provide such detail into experience of war rather than the ideologies of the combatants. Her writing is elegant, and the subject matter, even apart from its high scholarly value, is riveting. Here are to be found cannibalism and decapitated mothers, gardens of mourning and restless ghosts. To me it read like a novel."

"Tobie Meyer-Fong's What Remains is a rich and original work that adopts the perspective of individuals who experienced and survived the cataclysmic uprising, which lasted for more than a decade. Drawn from a wide and deep reading of contemporary sources, it is a close examination of what it was like to live through the Taiping conflict....The book, packed with vivifying details, effectively captures an intensely experienced world, and weaves in many large themes." 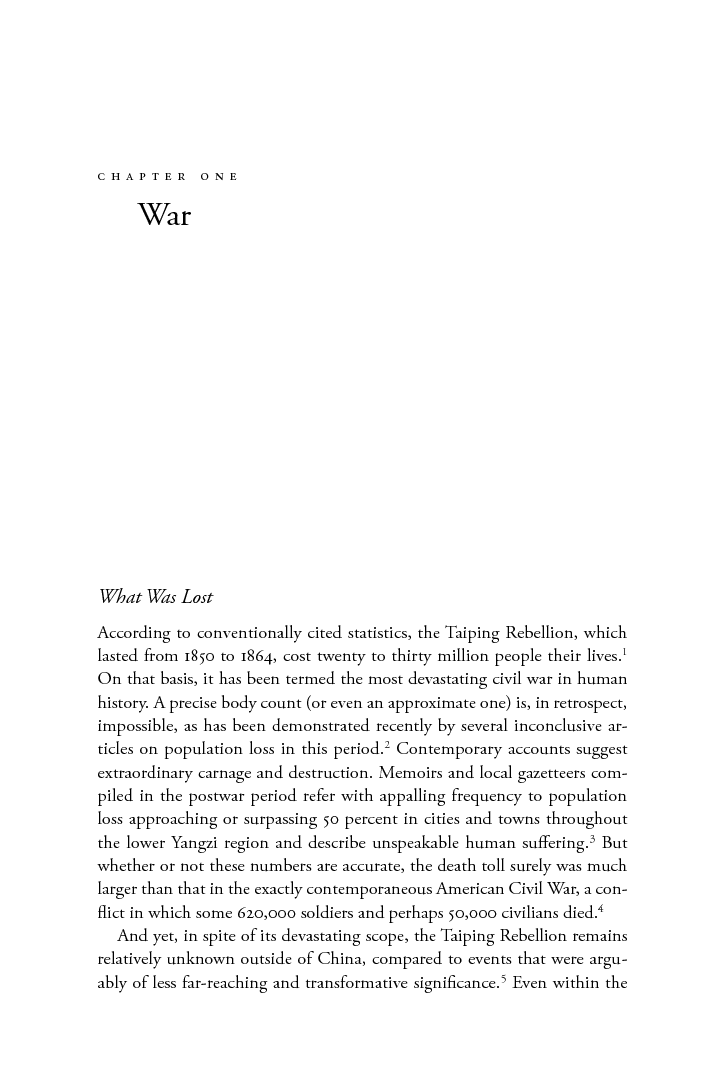 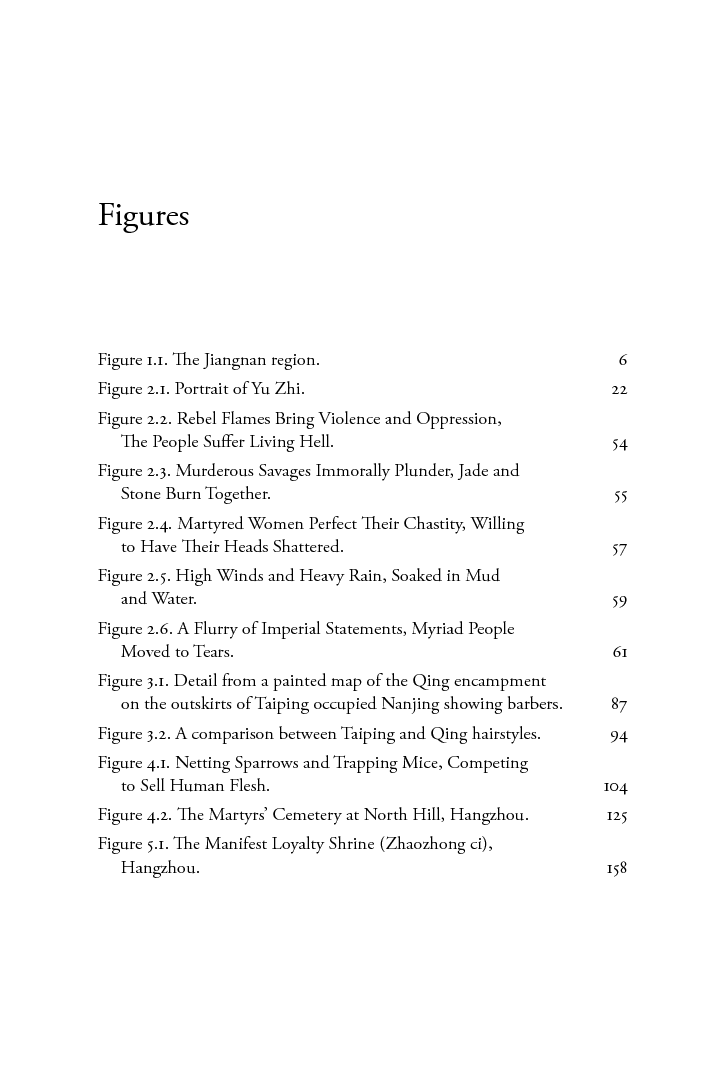