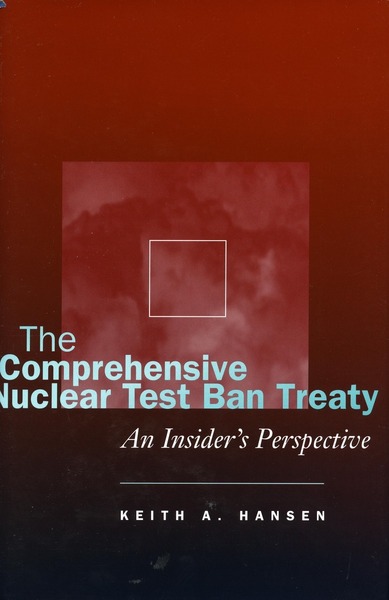 Since the mid-1950s, the international community has sought to ban all nuclear testing. In 1996, the Comprehensive Nuclear Test Ban Treaty emerged after three years of intense international negotiations. However, after nearly a decade, there is no sign that the treaty will ever enter into force.

Despite the general support for and adherence to a series of national moratoria on nuclear explosive testing, it is important to understand why the effort to achieve a permanent ban on nuclear testing has experienced such difficulties and continues to travel such a problematic road. The author of this book is neither a promoter nor a critic of the Comprehensive Nuclear Test Ban Treaty, but rather he provides a brief historical and analytical understanding of the events surrounding its negotiation and implementation. The author's analysis, based on his personal involvement in the CTBT negotiations, provides one insider’s view of how the critical events unfolded and how they are likely to affect future nonproliferation initiatives.

Keith A. Hansen, Consulting Professor of International Relations at Stanford University, was involved in the CTBT negotiations and implementation activities for eight years as a member of the U.S. negotiating team.

"This is a very comprehensive and well-written and, at the same time, quite compact survey of what everyone needs to know about the Comprehensive Nuclear Test Ban Treat and, more broadly, about the entire effort to hold back the spread of nuclear weapons."

"I know of no other book that brings so authoritatively to the reader the issues addressed during the process of negotiating the Comprehensive Test Ban Treaty. This is a very valuable contribution to a greater understanding of the CTBT and the overall nuclear arms control picture."

"This book presents the fascinating story of the multilateral negotiations that produced the treaty banning nuclear weapon tests, as told by a participant in those negotiations. This is a treaty that the U.S. Senate has so far failed to approve, and that the administration of President George W. Bush now opposes—yet most of the rest of the world supports it. Will it ever go into effect?"

"...the book is a fascinating read both for the general reader and the specialist. It will be an invaluable resource for anyone who wants to delve further into the lessons learned from one of the most complex multilateral negotiations undertaken in the latter half of the twentieth century."

There may be no better succinct reader available on the nuclear test ban treaty negotiations. This one captures not only the imagination, but also promotes a strong sense of the frenzied nature of global attempts to secure a future freed from the constant threat of a planetary nuclear winter." 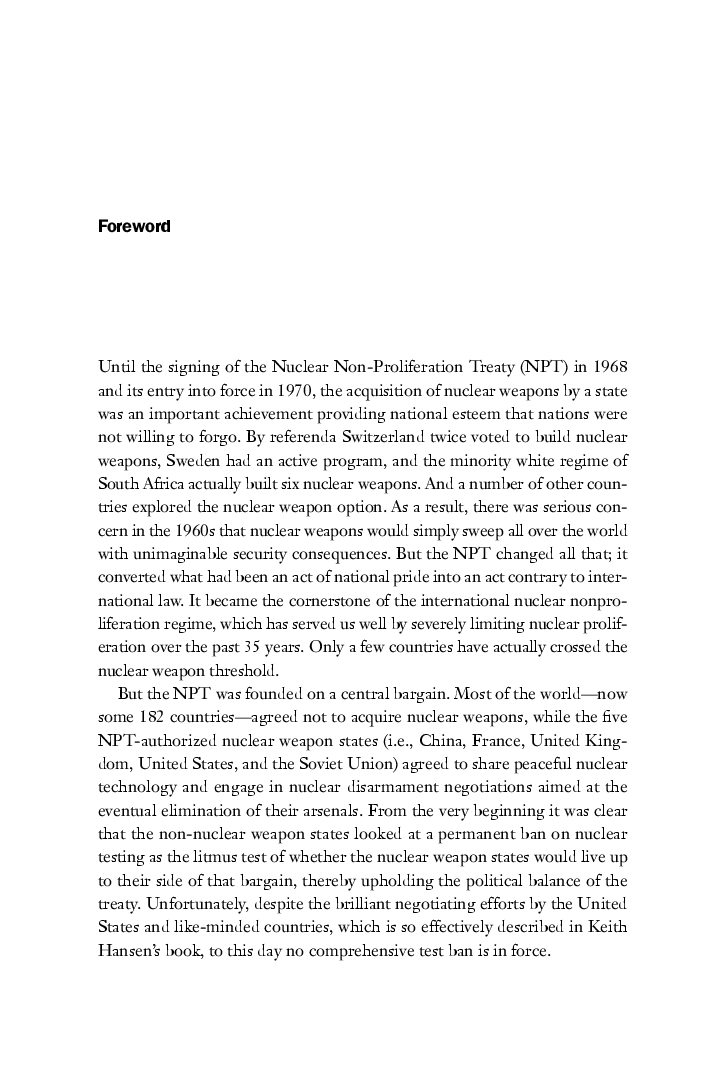 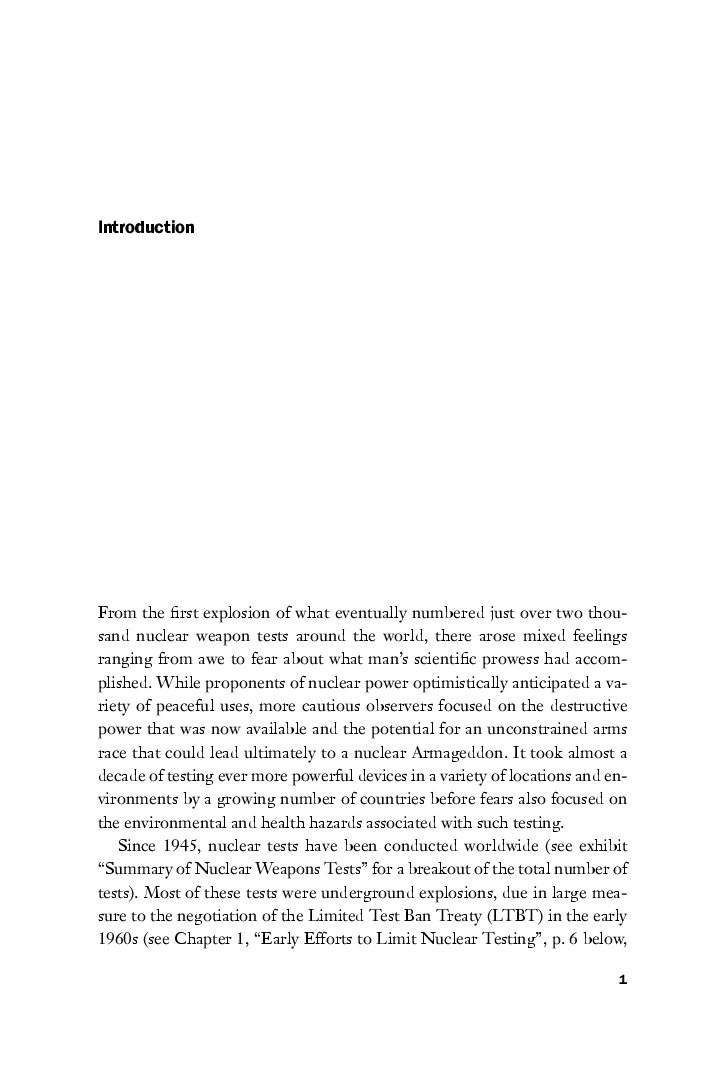 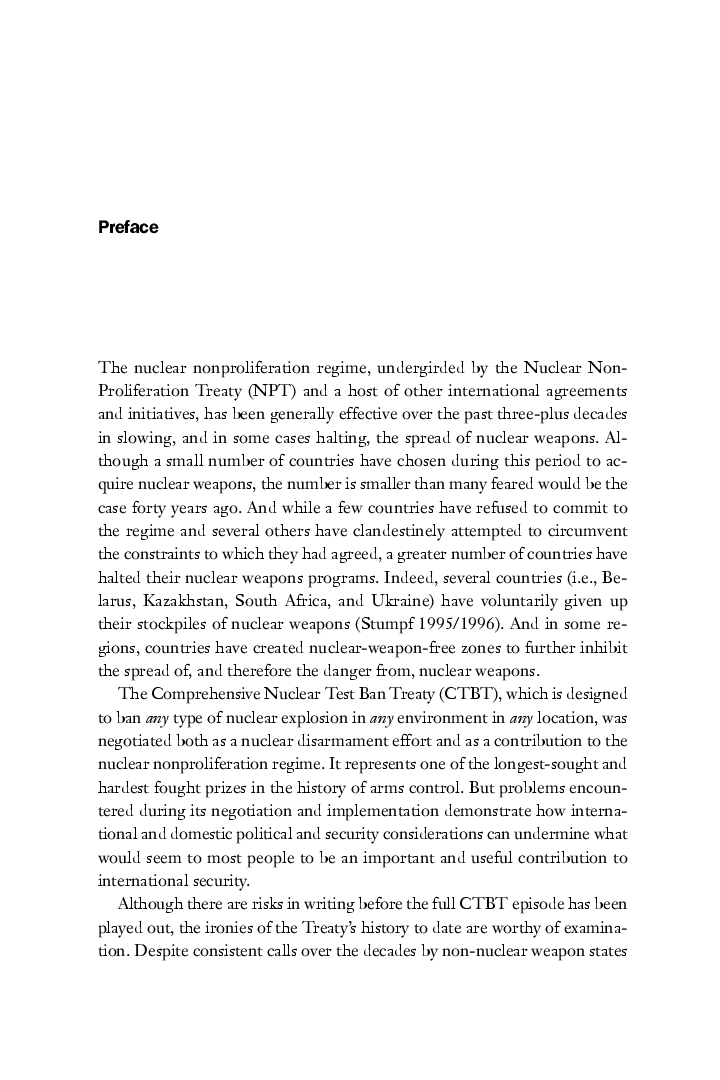 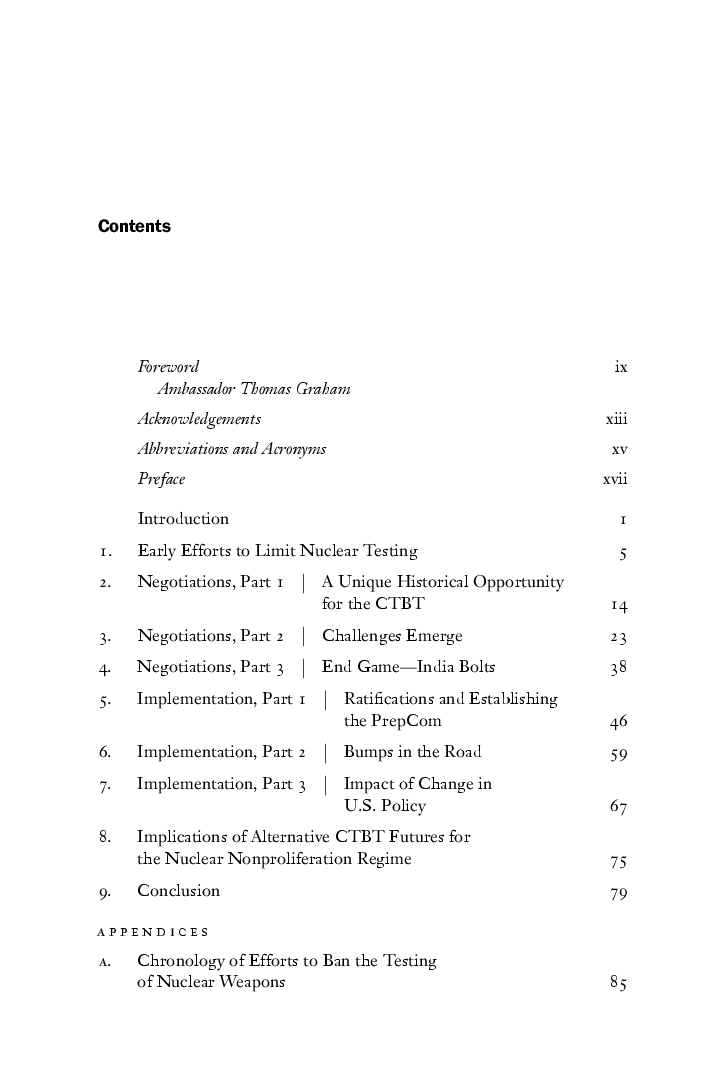