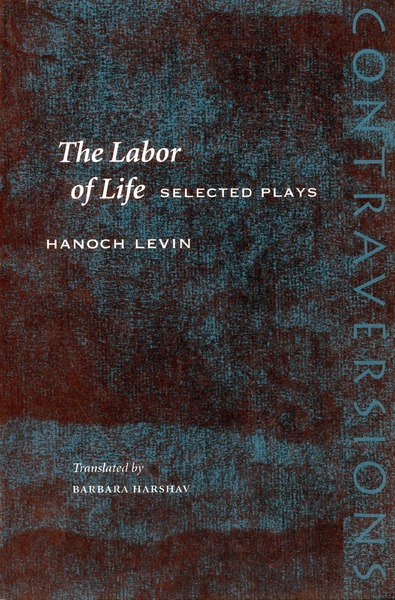 The Labor of Life
Selected Plays
Hanoch Levin, Translated by Barbara Harshav, With an Introduction by Freddie Rokem
SERIES: Contraversions: Jews and Other Differences

Winner of the 2004 TLS-Porjes Prize for Hebrew-English Translation, sponsored by the Jewish Book Council.

Israeli playwright and director Hanoch Levin was one of the most original and innovative writers of his generation. Although Levin is familiar within the Israeli cultural context—and despite the steadily growing stream of literary and theatrical research of his oeuvre—there are few resources on his work available outside of Israel. The present volume, containing a selection of ten of his plays, is the first comprehensive effort to present this unique playwright and director to a broad readership.

Levin's artistic credo was based on a constant urge to criticize Israeli society and its mainstream ideology while simultaneously confronting the basic human and existential issues of life and death. A whole generation of Israeli theater audiences has grown up on Levin's performances with all their paradoxical complexities. At this point, just a few years after his death from cancer in 1999 at the age of 56, it may not be possible to evaluate the full impact of his work. But this volume will contribute significantly to scholarship in this direction and to the appreciation of Levin's unique style.

Hanoch Levin, as the reports and book project say, is the most important Israeli playwright. I believe this will be the first book publication of his plays in English translation. Benjamin Harshav is Professor of Comparative Literature and J. & H. Blaustein Professor of Hebrew Language and Literature at Yale University; he is the author of The Meaning of Yiddish (California, 1990) and Language in Time of Revolution (California, 1993). I gather that the superlative comments about Barbara Harshav are simple fact—she is said to be the best translator from modern Hebrew into English in the world. Together, they put together American Yiddish Poetry: A Bilingual Anthology (California, 1986).